The Maruti Gypsy needs no introduction because it might be discontinued now but its legendary tales are still recited among veterans who go on and on about this iconic car’s capabilities. No-nonsense bodywork, sturdy and capable chassis and a peppy petrol motor made it one of the most revered SUVs to grace the Indian soil. It is also a major hit amongst customization houses and is particularly famous for being a donor car for many outrageous customizations. Those who own a Gypsy often personalize it according to their taste and preferences. We recently came across this neatly customized Gypsy wrapped in a shade of blue.

Details of the Mod Job

The first and foremost thing which you would notice about this Gypsy is the inclusion of wider, grippier tyres. They look proportionally huge as compared to the stock tyres found on the Gypsy and it adds to the butch appeal. The wheel arches are modified too, to accommodate the massive contact patch. The owner has also installed a couple of hella lights on the bumper which would definitely increase the overall illumination. The stock bumpers have made way for off-roading bumpers sourced from ARB. A snorkel is also visible which will improve this Gypsy’s water-wading capabilities.

Also read: This Rally-Spec Maruti Gypsy Is A Dirt Monster With An Engine Ready To Crank 400 hp+ 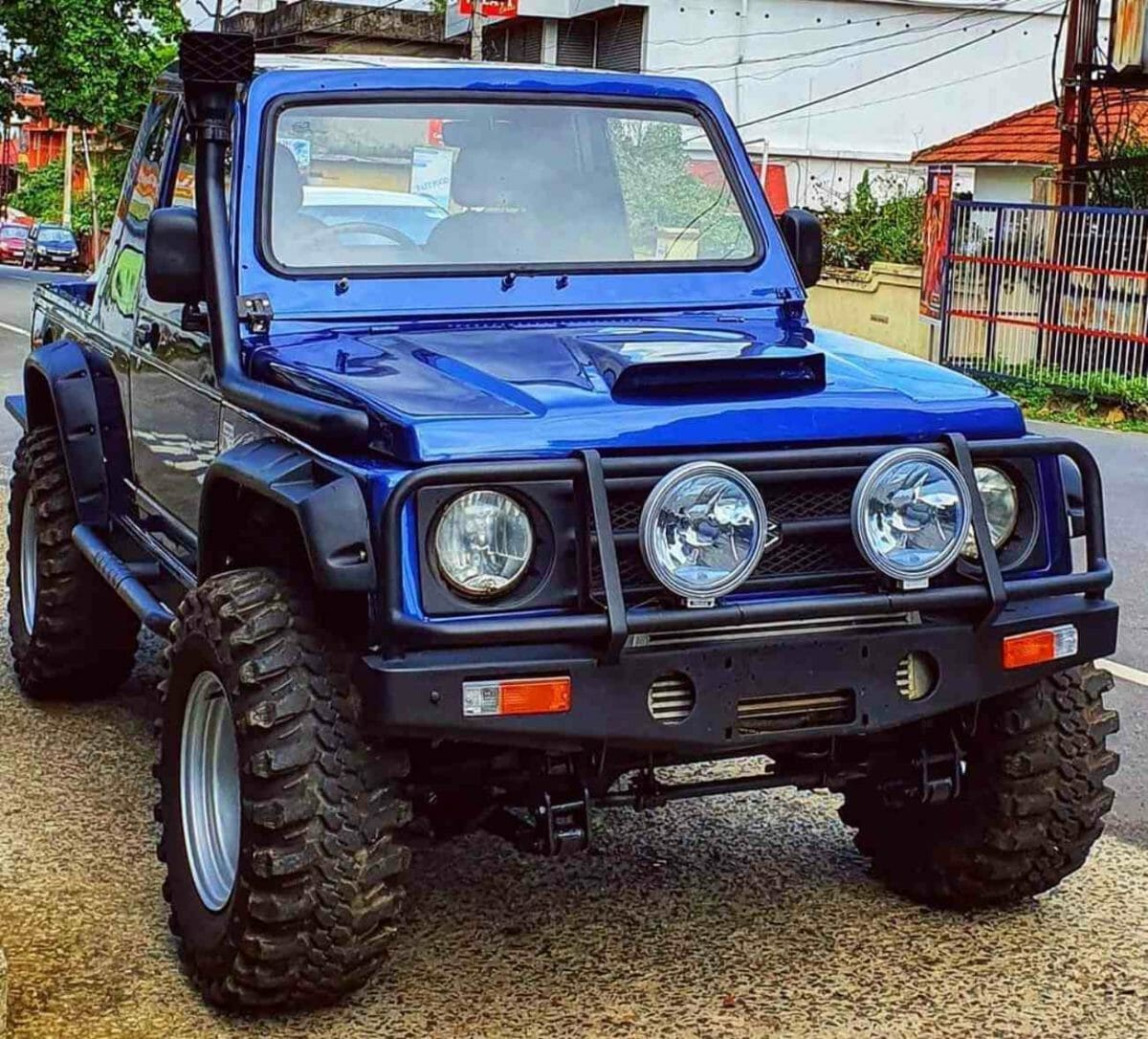 There are a host of mechanical upgrades too which make this Gypsy even more likeable. The owner has deployed a turbo but we don’t know the exact performance figures yet. Even though the stock suspension is sturdy enough, this Gypsy uses an Ironman suspension setup which has also increased its overall height and it rides a lot taller than the stock Gypsy. The stock exhaust setup has made way for an aftermarket unit from Automech. This is going to give it a much-needed aural boost while also improving the performance a little. 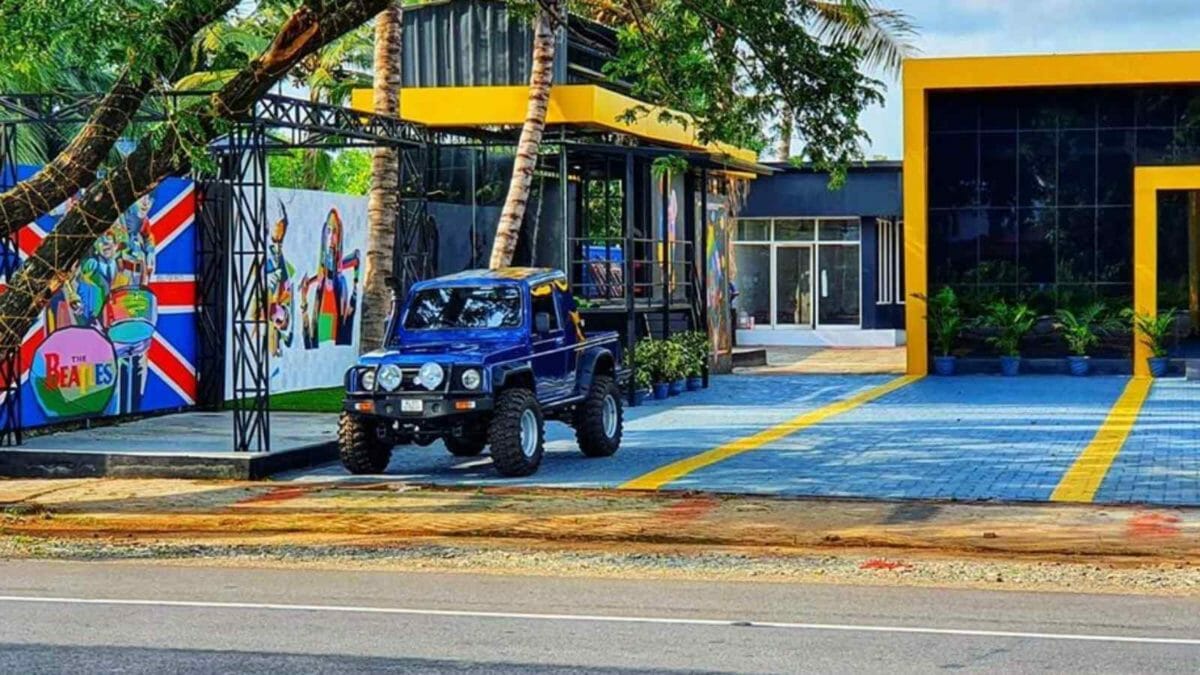 It includes rally seats with optimum bolstering, a roll cage to protect the occupants, reinforced windshield and either a 4 point or a 6 point seat belt. We don’t know how many of these modifications have made way to the cabin of this modified Gypsy. Like we said earlier, despite utilizing a turbo, we don’t know the exact performance figures yet. In the stock trim, the Gypsy was powered by a 1.3-litre petrol engine belting out 80 hp of max power and 103 nm of torque. This peppy engine came mated to a 5-Speed transmission. 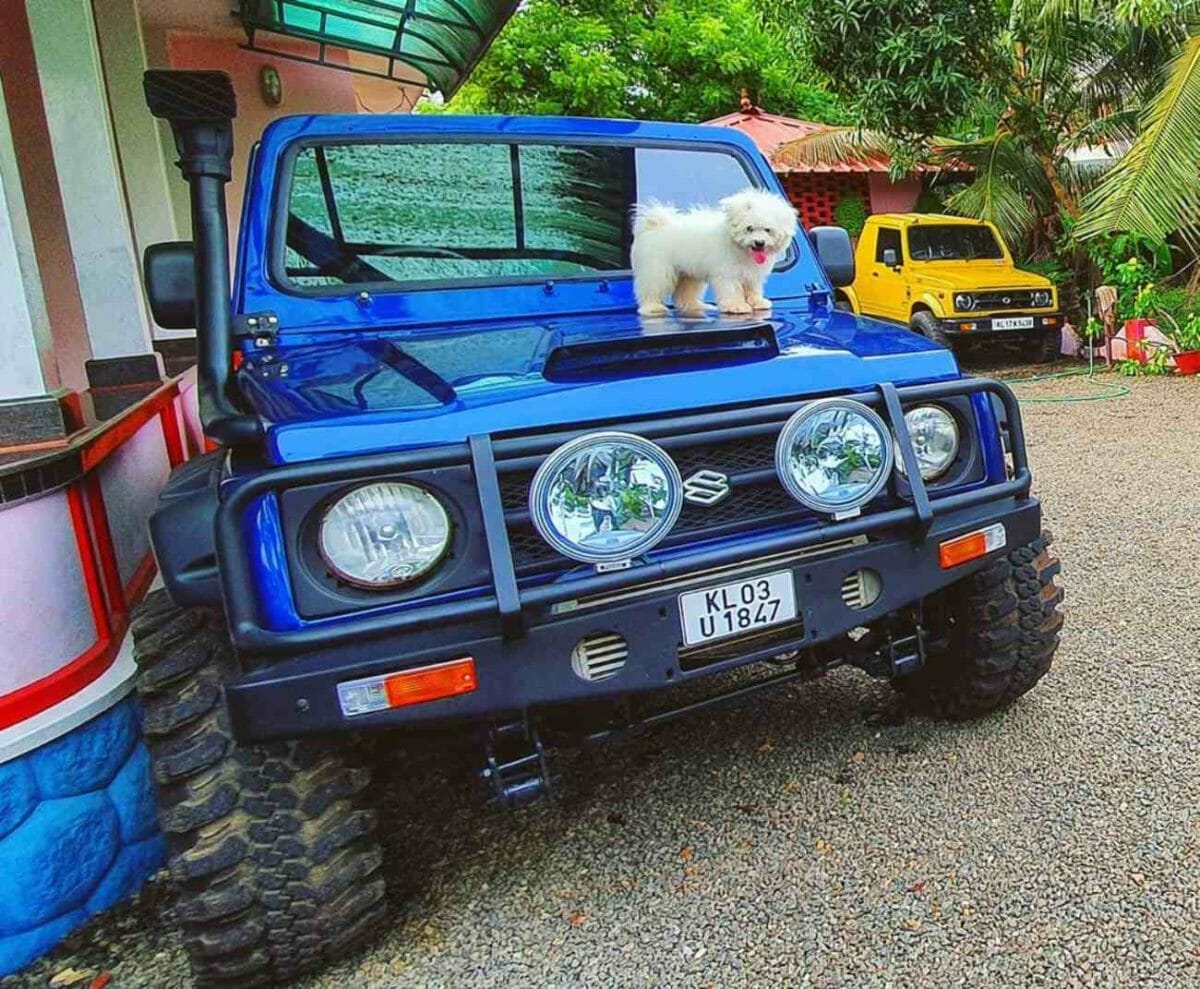 The Maruti Suzuki Gypsy has been regarded as one of the most iconic 4×4 vehicles for good reasons. We might not have this icon on sale currently but reports suggest that Maruti might introduce the 4th-generation Jimny soon. A compact off-roader, the Jimny was showcased recently at the 2020 Auto Expo. Although rumours suggest we might get a 5-door version which will be powered by a 1.5-litre petrol engine that makes 104 bhp and 138 Nm.