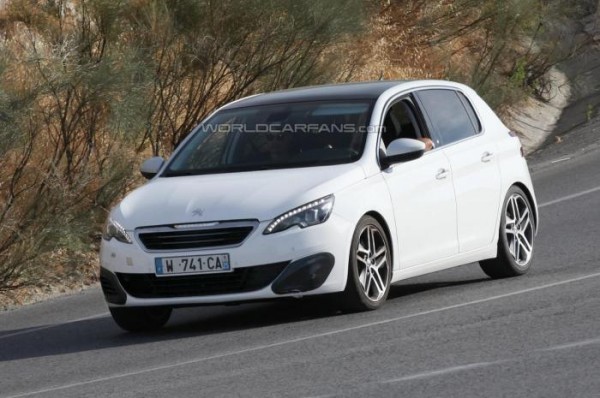 Seen here in the lead image is the upcoming 2014 Peugeot 308 GTI. The spy pics of the upcoming car have been doing rounds on the cyber space since quite some time and we finally have some official detail on the 308 GTI.

In an interview to Top Gear, Christopher Valet from Peugeot has said that almost nothing has been frozen yet but performance variant of the 308 could have “around 250 bhp (186 kW) – maybe more, maybe less.”

Christoper Valet has also said that the upcoming GTI model would have a lowered suspension, which will come with stronger anti-roll bars, larger shock absorbers and stiffer springs and dampers. It is also being expected that the car would boast of a more powerful brak setup, a new steering system and 19-inch alloy wheels.

It has also emerged that the 2014 Peugeot 308 GTI would be followed by an even more serious 308 R. Unlike the GTI, which will have to balance out performance and comfort, the R variant will be more driver focussed and will stress only on driving pleasure. The Peugeot 308 R could have a 1.6 litre THP engine with a max power output of 270 bhp (201 kW) and peak torque of 330 Nm (243 lb-ft).

Stay tuned for more details on the upcoming 2014 Peugeot 308 GTI.