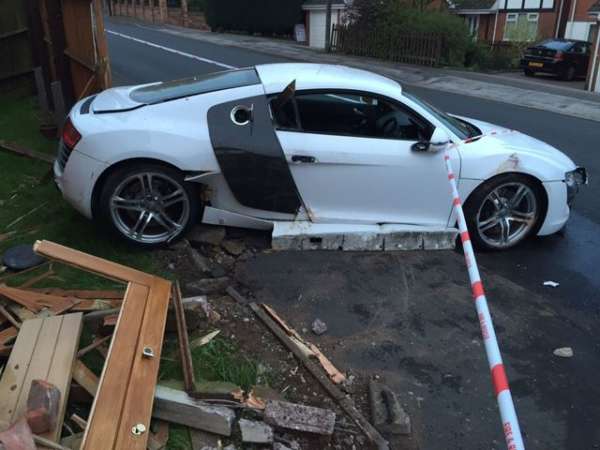 An elderly English couple had a rude awakening call at 5am when an Audi R8 came crashing through their front fence. The supercar, driven by a drunk 19 year-old boy ploughed straight through the fence, front porch and hit the front door of the house. The elderly couple were asleep and were just a few feet away from all of this ruckus. The white Audi R8, which seems like it could be the 4.2-litre FSI V8 model, was left in a shambolic state as the idiotic teen boy and his female friend (girlfriend?) fled the scene. 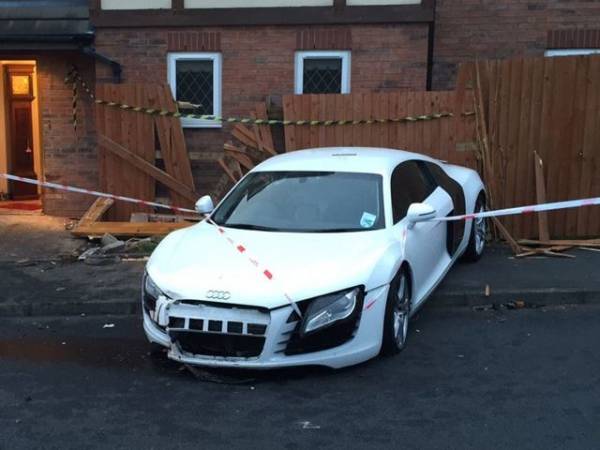 We are sure this R8 has witnessed better days. Alas!

The German supercar, presumably, belongs to his parents and it seems like the kid was just trying to impress his friend. That impressing act could have led to someone getting grievously hurt, maybe even a loss of life. Thankfully, the only two casualties of this buffoon’s idiocy were the car and several areas of the house. 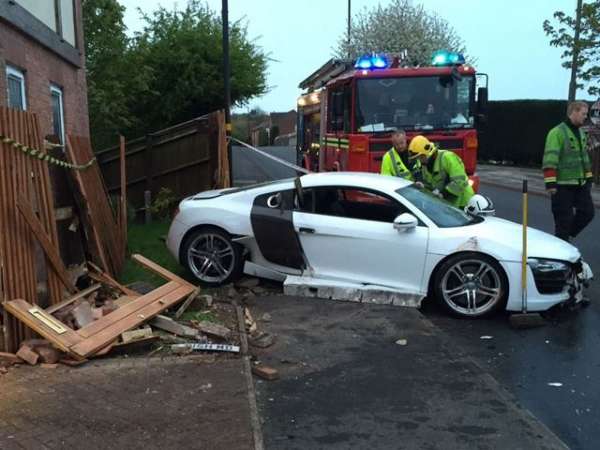 The house’s insurance had just been renewed. As for the car though….

The house is located right next to a road that has a 30 mph (48 km/h) speed cap. It seems like the boy lost control of the 420bhp supercar. Even the quattro R8 isn’t stupid-proof and probably spun before coming to rest against the house. The Audi, although not quite close to being written off, has obviously borne the brunt of the crash and will need some serious repairs. 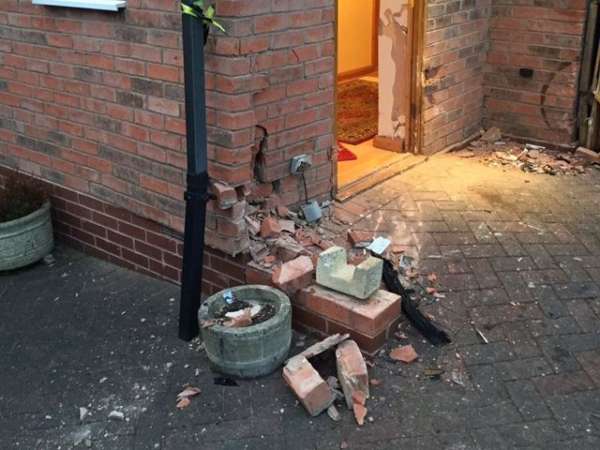 The car almost became an uninvited guest, knocking down the front door.

The police have taken the teenage boy into custody, especially since he’s being charged for driving under the influence. Does this remind you of anyone (someone not 19)? Ahem… Click here if you do/don’t. This not the first time we are seeing something like this pop up on the interweb. Remember that Chinese teen who crashed his LaFerrari in Shanghai? What is with some people, anyway. Why can’t they just leave these modern marvels alone? Well, at least everyone is safe and that counts. Tell us what you thought about this in the comments section.