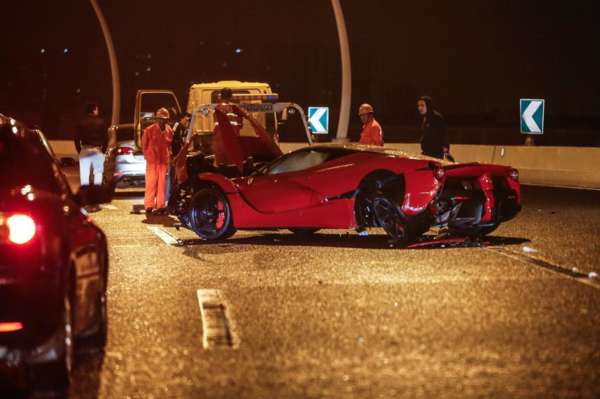 This red thoroughbred is thoroughly ruined!

The LaFerrari is the jewel in the crown of the Modena-based supercar manufacturer. That brings along with it awesome power and an equally awesome price tag. And as they say, “With great power, comes great responsibility”. Unfortunately, some people only possess the former and that’s not so good. China is not only the most populous country in the world, but it is also famous for housing loads of very rich individuals. Ferrari may have priced their hybrid supercar at almost $3.7 million, but that hasn’t stopped some from buying it and in this case, handing the keys over to their teenage boy. It seems that the kid didn’t really deserve the keys to this 950bhp Italian wonder. 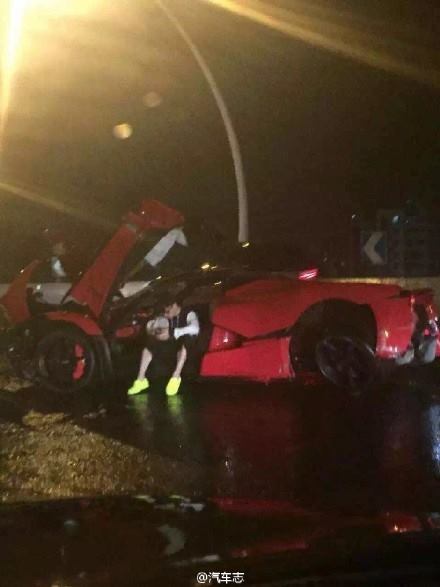 Look at the bugger. No care in the world, probably Snapchatting about it.

The incident took place on a stretch of flyover and concluded with the swaggy teenager crashing the Ferrari into the side barrier. The impact was powerful enough to inflate the airbags and was mostly caused by the sheer inexperience of the adrenaline-pumped teen. The rains might also have something to do with this and add 950 horses and 700 Nm of torque, all going to the rear wheels only, this wasn’t very impossible. 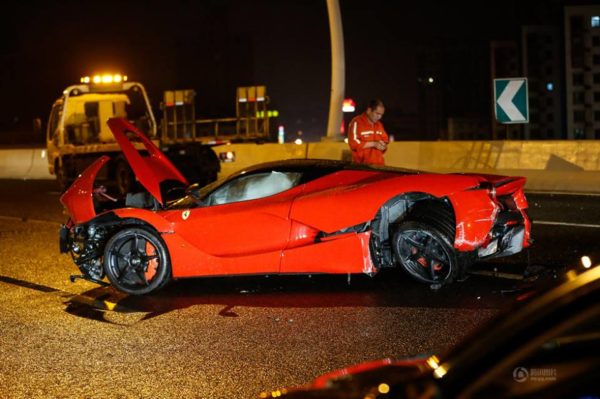 You can see the deployed airbags. Also the severely damaged front and rear.

The front end of the LaFerrari has been almost but obliterated and the rear left wheel and its suspension bits have received significant damage. Even if you factor in heavy rains and wind (apparently there was a thunderstorm at the time), an experienced pair of hands behind the wheel of this prancing horse would have made a huge difference. Talking of which, the young driver came out of this way better than his car did. He also has superb sense of style, wearing bright fluorescent trainers so that he could be spotted in the dark. Did he know this was going to happen. That he would be stranded on the highway at night and came prepared? 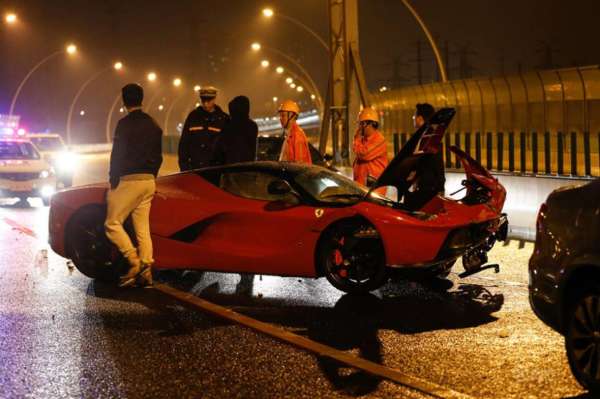 This shape isn’t very aerodynamic anymore, is it?

The right-hand side of this LaFerrari seems relatively less damaged, but is still an eyesore. If some local media reports are anything to go by, this chap also has a McLaren P1 standing in his garage. Perhaps his father wouldn’t lend him that after seeing this debacle. Anyway, give us your opinions or thoughts on this matter.