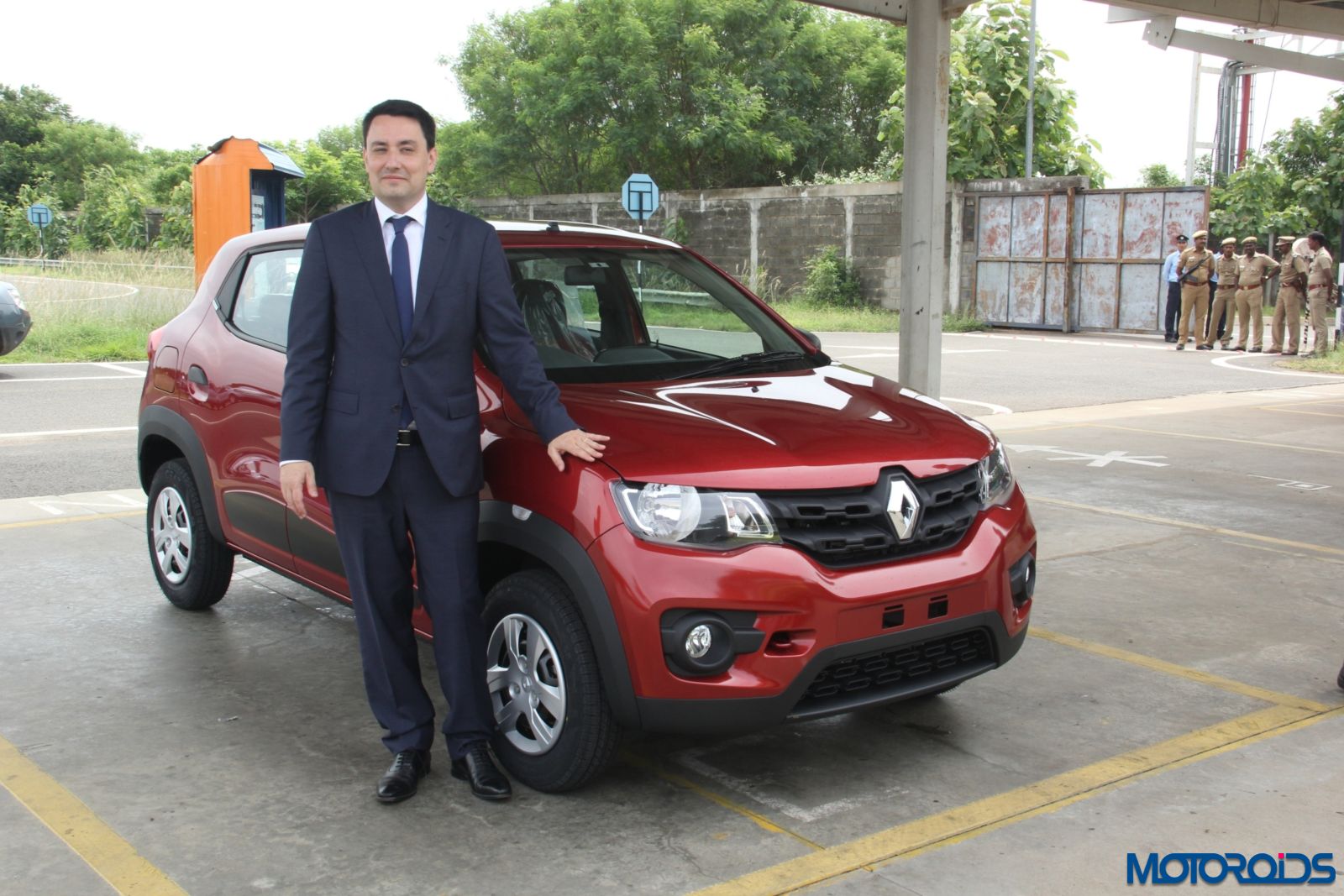 Ambassador of France to India, Alexandre Ziegler visited the Renault-Nissan alliance plant at Oragadam near Chennai today. He was accompanied by key officials from the Consulate General of France. Started in March 2010, the manufacturing facility is said to be the largest alliance production facility in the world. This facility has manufactured 32 Renault, Nissan and Datsun models and derivatives from its production line. This facility caters to both domestic and international markets and is said to have developed into India’s second largest car exporter.

Accompanied by Jean-Louis Theron, Deputy Managing Director of Renault-Nissan Automotive India Private (RNAIPL), the French delegation visited the manufacturing facility and test drove Renault KWID. As part of the visit, the dignitaries were taken through the Alliance Production Way (APW) of building cars wherein they also interacted with key management personnel from the facility. In a gesture to support environment, the ambassador planted a sapling at the facility.

Ambassador of France to India, Ziegler said, “I am pleased to be at this world-class Renault-Nissan Alliance facility that demonstrates a perfect mix of global standards and local talent. It is good to see the growing market share of Renault in India, being primarily led by the game-changer Kwid which symbolizes innovation, creativity and the Make-in-India campaign – this is the very essence of Indo-French partnership. I am impressed to see the effective utilization of resources between Renault, Nissan and Datsun brands. I am happy to know that this manufacturing facility has created enormous opportunities for local employment as well as built a healthy vendor network, further creating additional jobs.”