It’s finally unveiled, the Sixth generation Volkswagen Polo (Polo Mk. 6). The hatchback gets an entirely new exterior design, more spacious interior, new cockpit layout structured for the digital world, TSI (petrol), TGI (natural gas) and TDI (diesel) engines as well as an array of assistance systems which previously were only familiar in larger Volkswagen cars. The new 2017 Volkswagen Polo will be available in Five equipment versions and three packages : Trendline, Comfortline, Highline, Beats and GTI. The new Polo will arrive on the markets of most European countries in 2017. The India launch details are yet unknown. 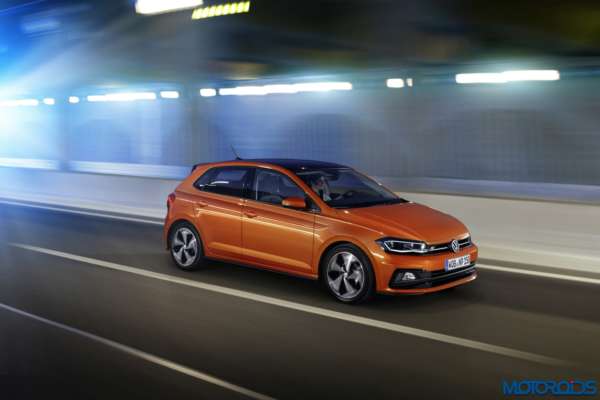 Built on Volkswagen’s Modular Transverse Matrix for compact models (MQB A0) platform, the sixth generation Polo has grown, making it larger than its predecessor in all of its dimensions. This has resulted in much more interior space and an increased boot volume from 280 to 351 litres. The new Polo, with its length of 4,053 mm, is slightly shorter than the fourth generation Golf, but it surpasses that Golf when it comes to its wheelbase (53 mm longer) and space for the driver, passengers and luggage (21 litres more). 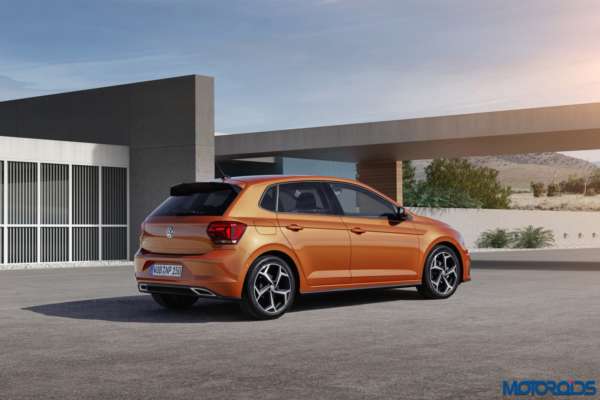 Visually, the sixth generation Polo gets a longer roof line which transitions into a roof spoiler at the rear. A fine line on the side body runs parallel to the roof line. Key detailing of the Polo includes its long line of side windows. The C-pillar is now designed to reach forward more. The arrow-shaped double line, which is known as the tornado line, is a new design feature defining the Polo. Upfront, together with the new radiator grille, the headlights form the new ‘face’ of the Polo that extends across the entire vehicle width. The bonnet now extends far downward into the ‘face’. The bumper is also completely redesigned. 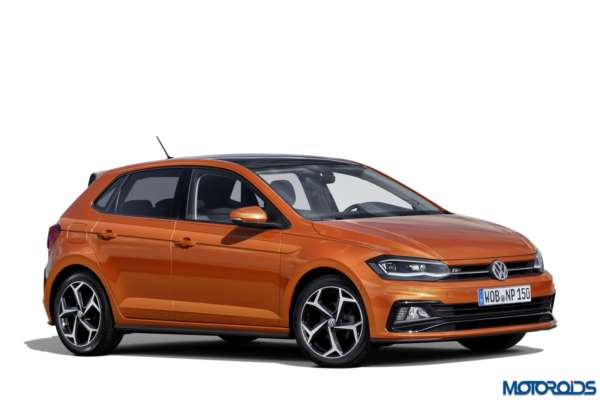 At the rear, the new trapezoidal-shaped tail lights are worked into the shoulder section and, now, inwards too. For the first time, they will also be available on the Polo as LED tail lights. A horizontal line beneath the tail lights on the rear hatch, which now transitions into the bumper and also underscores the Polo’s width from this perspective. The new diffuser is integrated into the bumper. 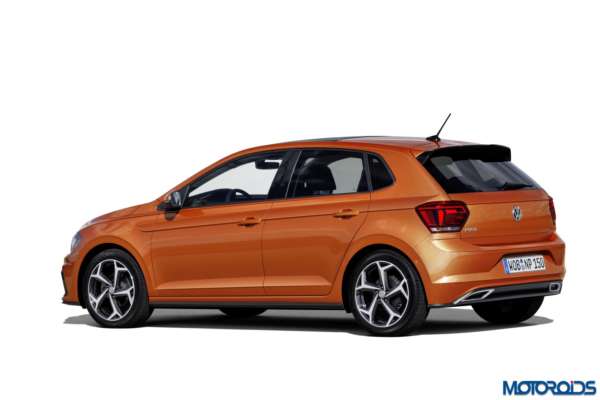 The Polo will arrive in three familiar trim lines – Trendline, Comfortline and Highline, and in the ‘Beats’ special edition with a sound system configured for contemporary sound. Another version that appears from the start on the new car’s life: the Polo GTI. Several packages are also being offered in the form of R-Line, Black and Style. The R-Line gets features such as 16-inch alloy wheels (‘Sebring’), a big, sporty front bumper and at the rear a diffuser with chrome trim and a roof spoiler. The Polo with an R-Line package also has wrap-around black sill trim strips. The R-Line package also upgrades the interior completely – adding dynamism at a low additional price.

Check out the car in the official video below:

At the Comfortline trim level, additional details are added such as:

Customers who choose the Highline also get: 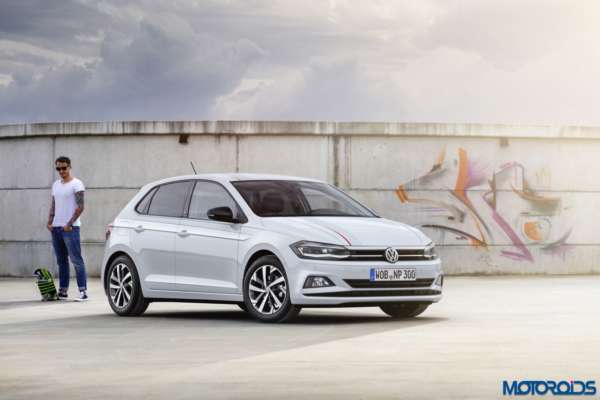 The Polo Beats, which targets younger customer groups, has a 300-watt sound system by US headphone producer Beats (Dr. Dre) as well as a host of other features. Exterior features include: 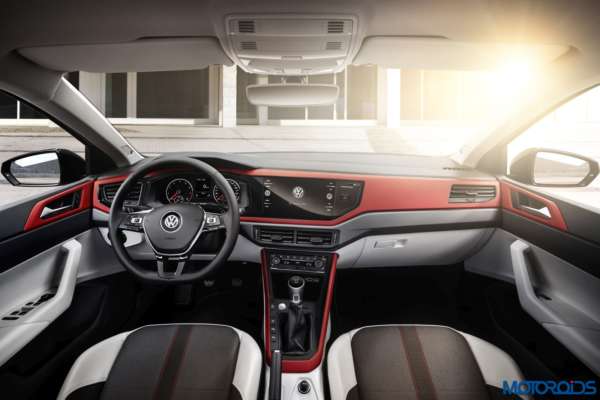 Inside, the ‘Beats’ model features a dashpad painted in ‘Velvet Red’, sport seats with specially designed covers and ‘Beats’ logo, the ‘small leather package’ and special sill panel trims. The sound system can be ordered as an option in other models. 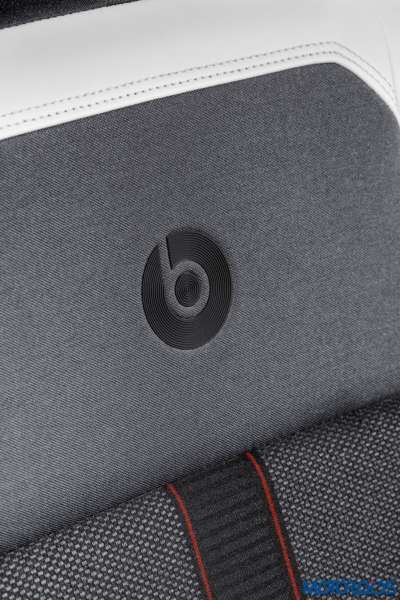 Rounding out the model range at the top is the new Polo GTI. The sporty top model will now be powered by a 2.0-litre TSI with an output of 200 PS (previous model: 1.8 TSI with 192 PS). Matching the performance are the standard sport chassis and the optional Sport Select chassis. At the front, this most powerful Polo features a specially designed bumper with integrated spoiler lip and fog lights as standard. Typical GTI insignia at the front include the red stripe on the radiator grille, honeycomb air vent screens and the GTI badge. An exclusive feature offered in the GTI is the optional LED headlights with a red winglet. They are the extensions of the red stripe of the radiator grille. At the rear, the Polo GTI sports a large roof spoiler in high-gloss black, a diffuser in the bumper, GTI-specific dual tailpipes, LED tail lights and the GTI badge. 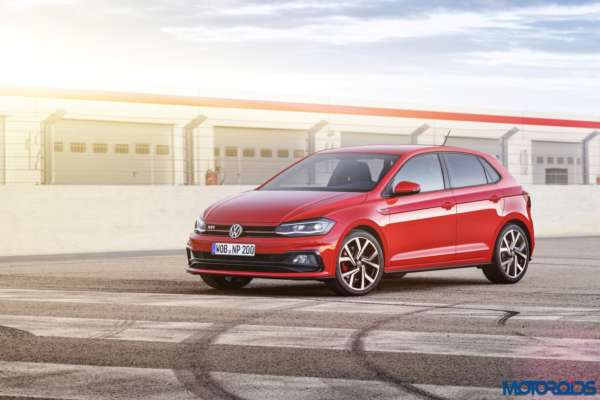 On the sides, GTI characteristics include standard 17-inch alloy wheels (18-inch optional), side sill extensions and brake calipers that are painted red. In the interior, the 200-PS Polo offers top sport seats with the ‘Clark’ tartan pattern, a multifunction leather-trimmed sport steering wheel with red stitching, rooflining and roof pillars in black and a GTI gear shift grip. Also included as standard is the ambient lighting. 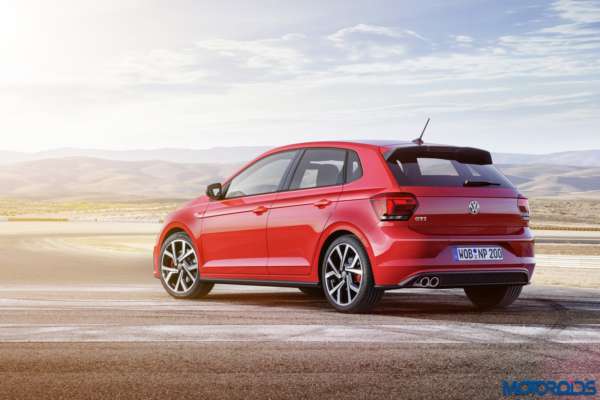 New Polo will be available in 14 exterior colours, twelve wheels (14- to 18-inch, some painted in contrasting colour), dashpads in 13 different decors, two interior trim versions and eleven different seat cover options. The Polo can be further personalised and upgraded with the new options. New in the options programme are : 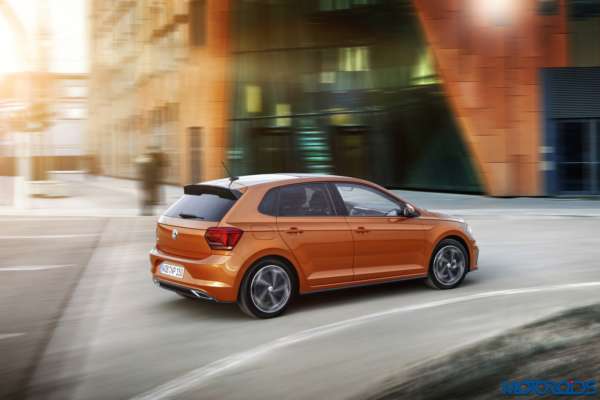 In the European market, the new Polo will launch successively with nine Euro-6 engines. The power range at market launch: 65 PS to 150 PS. Moreover, for the first time, the Polo will be available with the newly developed 1.0 TGI natural gas engine with an output of 90 PS. 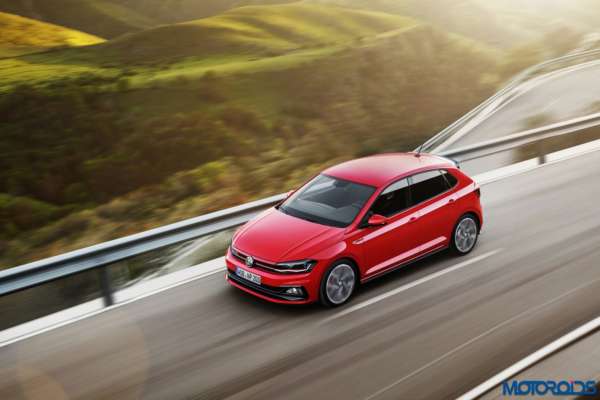 Four petrol and two diesel engines are also available. The petrol engines range from the 1.0 MPI with 65 PS to the brand new 1.5 TSI EVO with cylinder deactivation (ACT) and 150 PS. The Polo is launching with diesel versions (TDI) with outputs of 80 PS and 95 PS. All of these models are equipped with a stop-start system and a regenerative braking mode. Starting from an output of 95 PS, all engines may be combined with a dual clutch gearbox (DSG). As aforementioned, the TSI in the Polo GTI develops an output of 200 PS.

Engine options at a glance: 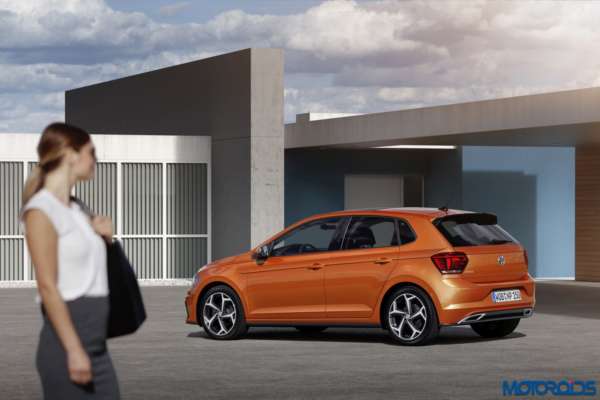 The new Polo will also benefit from assistance systems from the Golf and Passat. Even the base version of the new Polo will arrive with the Front Assist area monitoring system including City Emergency Braking and Pedestrian Monitoring as standard. One option that is being offered again in the Polo is Adaptive Cruise Control (ACC; can now be activated up to a speed of 210 km/h). The ACC also offers a Stop & Go function (for first time with a manual parking brake). Other new options in the Polo include: 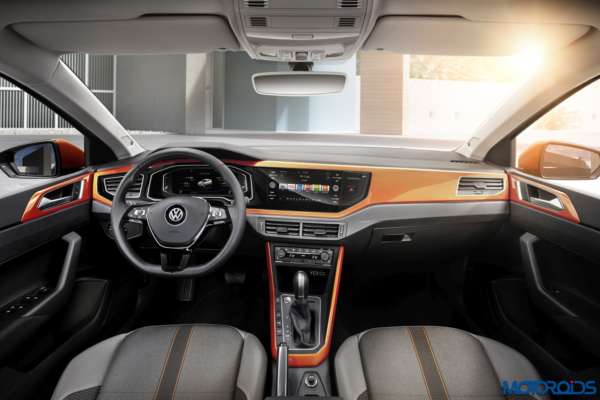 On the inside, the Polo will launch as the first Volkswagen and the first Volkswagen Group model ever to offer new generation of the Active Info Display. For the first time, just one button on the multifunction steering wheel is used to switch between the basic Views menus, for instance. Polo will also get the latest generation of infotainment systems with display diagonals ranging from 6.5 to 8.0 inches. The clean, high-tech image of the interior is reinforced by background lighting – standard equipment in Polo Highline and GTI – as well as by dashpads and decorative trim strips in a wide variety of colours. 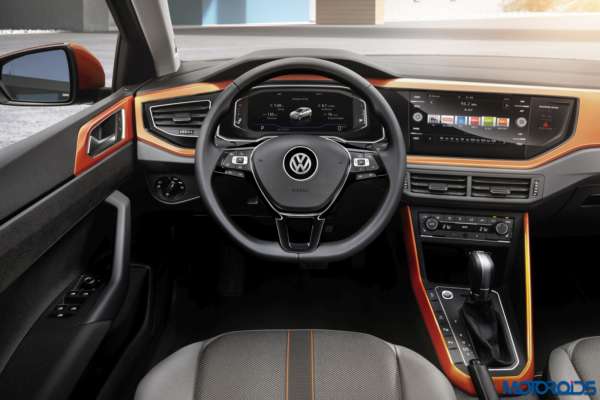 The new Polo will also get the ‘App Connect’ Car-Net applications (with MirrorLinkÒ, Android Auto and Apple CarPlay) and ‘Guide & Inform’. then there is the new ‘We by Volkswagen’, which will open up another online level of mobility. One example is the app-based ‘WePark’, a cashless payment service for parking. This feature will already be a reality at the time of the Polo world premiere. It will however, be available in select cities only. 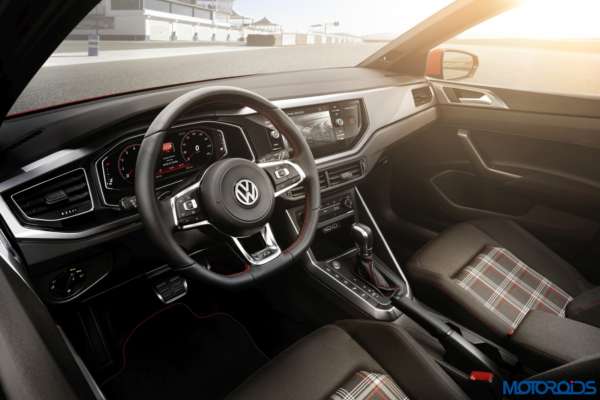 New generation of assistance systems on the Polo include the Front Assist area monitoring system with City Emergency Braking and Pedestrian Monitoring. In the new Polo, it comes as standard in even the Trendline base version. Another system that is already included in the Polo Trendline as standard is the speed limiter. The Tyre Pressure Monitoring System is also always on board a new Polo. 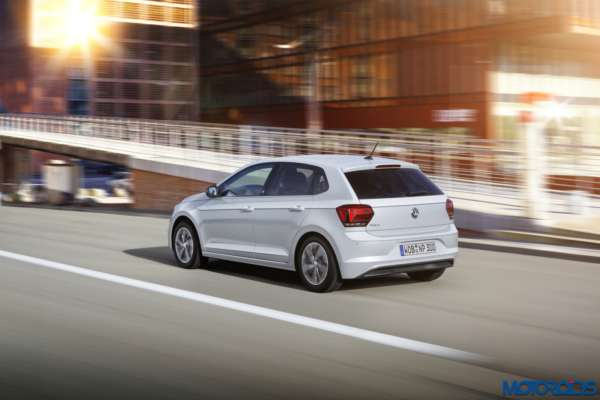 As aforementioned, the new Polo will arrive on the markets of most European countries in 2017. The India launch details are yet unknown. We’d keep you posted about further updates as and when they arrive.