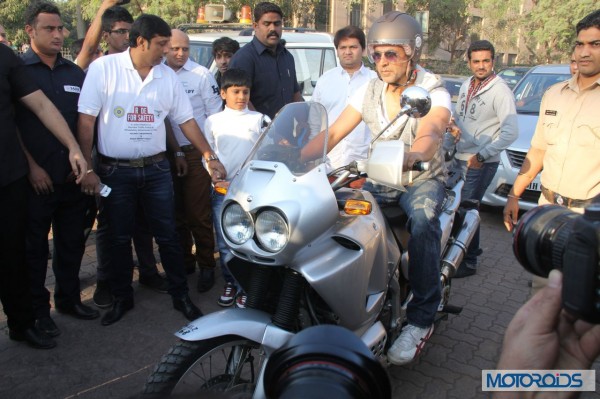 As a part of a joint initiative between Wheelieboy Adventures and Mumbai Police, a bike rally was organized on the 8th December for creating awareness about hemlets, and women safety. A whole range of motorcycles were a part of the ride and included models like Harley Davidson, Suzuki Intruder, Honda VFR, Ducati Diavel, Kawasaki ZZR 1400, Busa, R1, CB1000 RR, Gixxer and from our Roaring bullets to Customized Choppers, Ninja 250’s, Honda 250’s , P220’s, NS200.

Bollywood superstar and heartthrob Mr. Akshay Kumar gave his views regarding the importance of Riding Gear and Other important issues about Road Safety, According to Akshay, “The minute anyone feels the roar of an engine between their thighs they immediately become responsible for not only their lives, but the lives of every human being”. 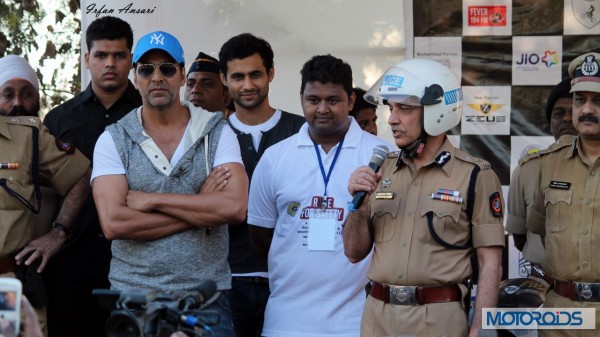 Speaking further on the occasion he continued, “I know how good it feels to speed, to dodge traffic, to show off to your girlfriends, but I also know how horrendous it feels to watch a man die in front of me because he wasn’t safe. Being a stuntman is to give people thrills at the cinema, it’s not an excuse for youths to take danger into their own hands & abuse our public highways. The amount of safety that’s involved during a stunt is far more than our roads have ever experienced. Don’t be the fool that falls for recklessness; no-one wants to become an accidental murderer to an innocent life. 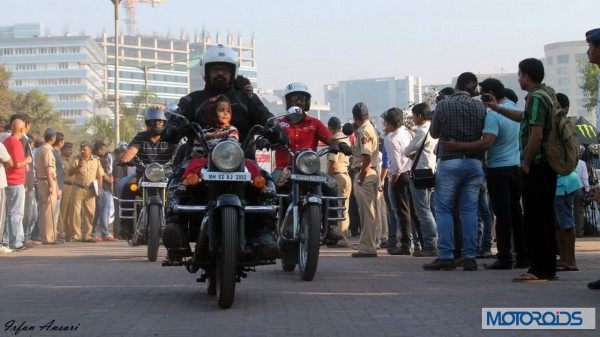 This year, team RFS added the concept of Women Safety awareness to the bike rally in Mumbai. Eminent Celebrities and HNIs joined hands with the cause and took a pledge to create the safety awareness for all the Women out there in Mumba 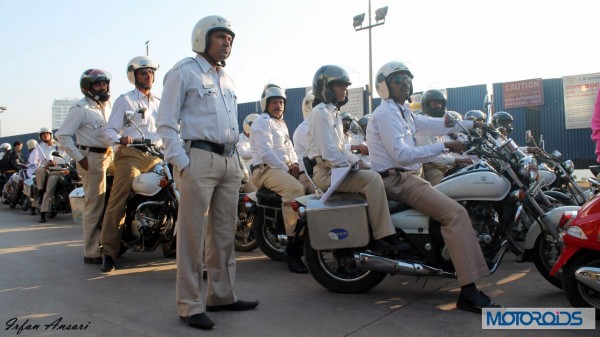 Vijay Jain, MD of the Wheelieboy Adventures said,” Riding should be passion and must be done for you and not to show the world”. Rightly so youth these days tend to often forget the disciplines of being a good rider.

According to Prashant Bharadwaj, Co-Founder of Iron Wheels Bullet Club, one of the participating clubs in the rally, “With changing times there should be change in the traffic and motor vehicle laws. License of the driver or rider should be immediately cancelled on being held for rash driving. Knowing to ride is not important but knowing the art of controlling your emotions, greed and speed while riding is what makes you a good biker.” 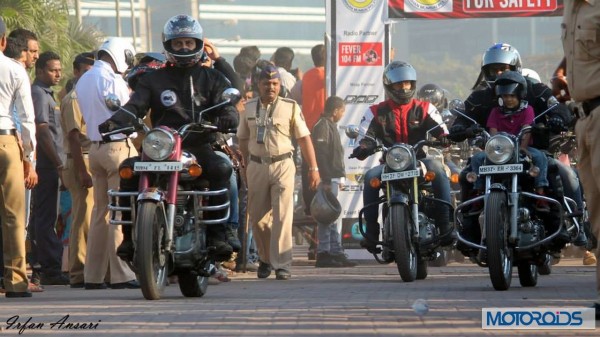