Volvo has released teaser images of the Concept XC SUV ahead of its official debut at the 2014 Detroit motor show next month.

The Concept XC Coupé is the second of three design studies that will be produced under the guidance of Thomas Ingenlath, Volvo’s senior vice president of design, to showcase the design direction for Volvo’s next generation of models. 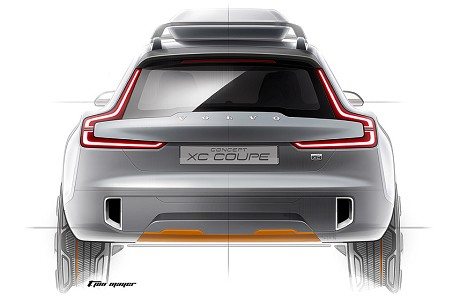 Volvo has released three images, two of which are sketches, which show various elements of the car. The front of this concept appears very similar to the  Volvo Concept Coupe  which was showcased at the Frankfurt Motor Show in September this year.

The rear side of the XC Concept shows tail lights that have a similar horseshoe shape to the Concept Coupe, which  extend up the “C” pillars.

As already known, Volvo uses the XC name for its SUV-style models. The XC Concept is likely to hint at future products, including the XC90 SUV, which is due on sale at the end of 2014. 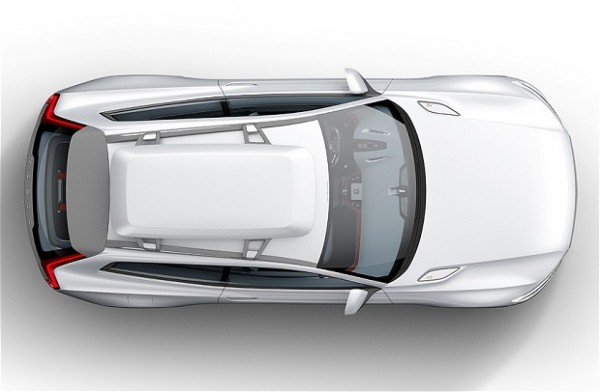 With this Concept XC, Volvo will also introduce a whole new range of downsized 2.0-litre four pot engines. These engines will replace the current engine range and are made up of just one direct-injection petrol and one common-rail diesel motor. Volvo will be using a combination of supercharging, turbocharging and hybrid technology to vary power output, with the diesel power figures ranging from 118bhp to 227bhp and the petrol from 138bhp to over 300bhp. 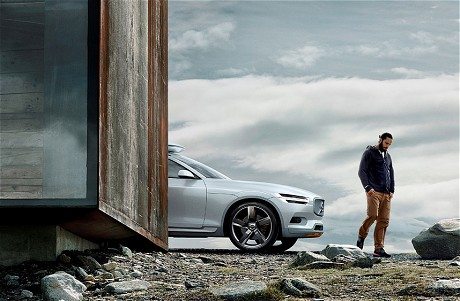 Stay tuned to Motoroids for more dope on the  Volvo Concept XC.