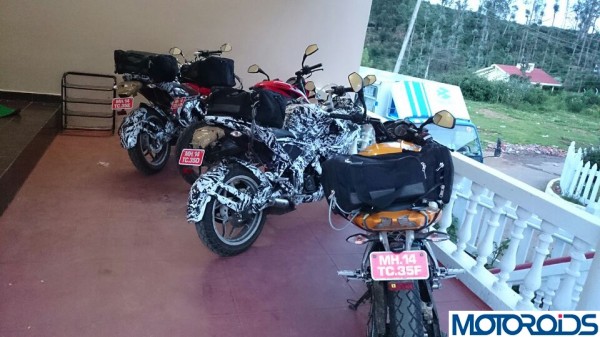 Only few hours back, we posted spy pics of the upcoming Bajaj Pulsar 200SS, test mules of which have been spotted in Ooty. Now, we have a couple of more spy pics of the soon-to-be-launched fully faired Pulsar variant.

Here is what all the spy pics of the 200SS have revealed: 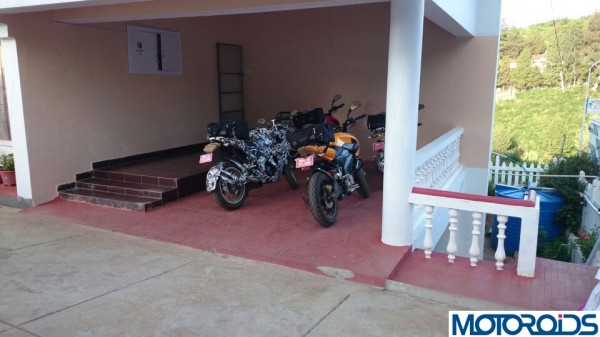 The P200NS is powered by a four valve, four stroke, single pot 200cc motor that has a peak power-torque of 23.5 PS-1.86 kgm. The engine comes mated to a six speed gearbox. For the 200SS though, we expect that the engine has been tuned for at least 24PS of max power. The motor could dump the carb. in favor of a FI unit.

We feel that the Bajaj Pulsar 200SS, which will be a Yamaha R15 V2.0 and Honda CBR150R adversary, would be only slightly pricier than the 200NS and could have an on-road price of approx INR 1.10 lakhs.

Won’t the Pulsar 200SS be the perfect successor to the dated Pulsar 220 DTSi? What do you think? Do let us know by commenting below.