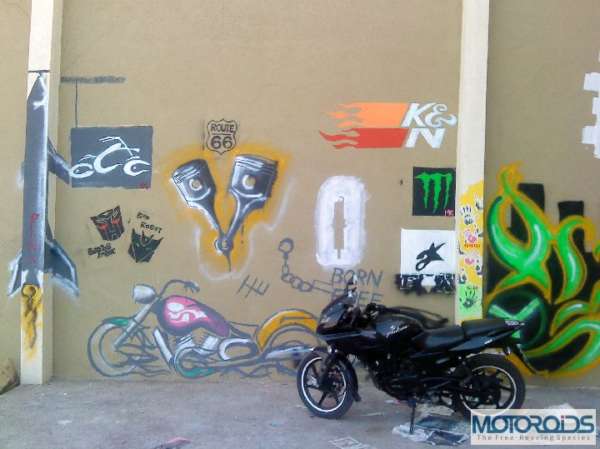 The Pulsar series of bikes from Bajaj can be safely credited with being among the most popular performance oriented of Indian bikes on sale today. Not just this, the Pulsar brand of bikes can also be credited with enabling Bajaj Auto Ltd. consolidate its position of a motorcycle maker.

The first Bajaj Pulsar was launched in India more than a decade ago. Since then, the bike has seen gazillion upgrades and the continuous efforts by Bajaj to keep its products updated have surely done a world of good to the two wheeler maker.

However, despite the regular updates, the Bajaj 150cc and the 180cc variants aren’t really the most modern bikes one might buy today. These bikes are front-heavy and don’t score much in the handling department. These bikes also aren’t half as refined as their Japanese rivals. Also, these bikes have started looking a tad dated of late and the need of the hour is an all new generation of sub 200cc Pulsars.

Mr. Rajiv Bajaj, Managing Director of Bajaj Auto, recently disclosed that the company would launch two new performance motorcycle under the Pulsar brand in a couple of months to boost sales. Though he did not reveal many details on the motorcycle, he did say that the bikes would be launched in the middle of this fiscal. He also said that the bikes would come in fully faired variants for better aerodynamics and would be the fastest bikes in their respective segments. Speaking to shareholders during the company’s annual general meeting, he said “Pulsar is number one sports bike in its category in India and we will launch two super sports bikes under this brand by the middle of this financial year.”

If the rumour mill is to be believed, Bajaj has been busy readying a new 180cc variant of the Pulsar that will be loosely based on the Pulsar 200NS. It may be noted that Rajiv Bajaj has earlier said that Bajaj would launch an all new sub 200cc Pulsar this year and we won’t really be too surprised to see a new Pulsar 180 to take on the likes of TVS Apache RTR180 and upcoming Hero Karizma facelift.

Stay tuned to Motoroids for more info on the upcoming faired sub-200cc Pulsar from Bajaj.