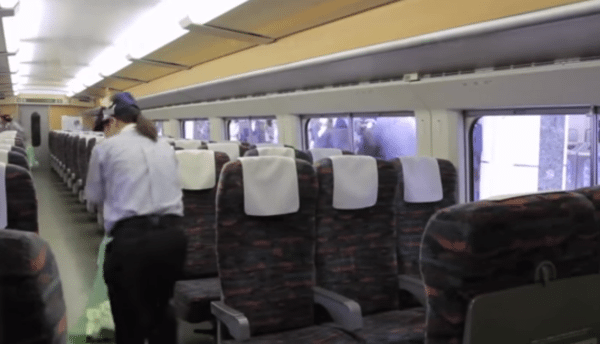 The Japanese, in general, are a fastidious, efficient and diligent lot. The video below shows a highly efficient cleaning crew clean the insides of a bullet train in 7 minutes flat, a part of their daily rigmarole.

A couple of workers cover one car, and each has 100 seats to clean. One row has to be done in 12 seconds, and that includes checking the luggage racks, clearing each and every seat, apart from wiping the food trays. Then the window shades are lifted and the floor is swept.

Once it reaches its terminal station, the train faces a new direction for a new journey, and hence each row of seats are turned around on a pivot, the mechanism initiated by a “secret” switch. Employees clean about 20 cars per shift. When done in 7 minutes flat, all the workers line up to bow –  a demonstration of pride and diligence. 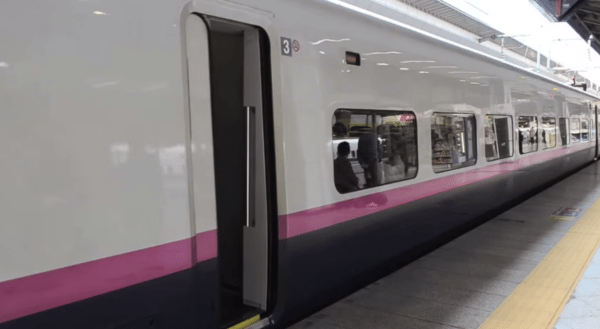 No wonder Japan runs such a tight ship.