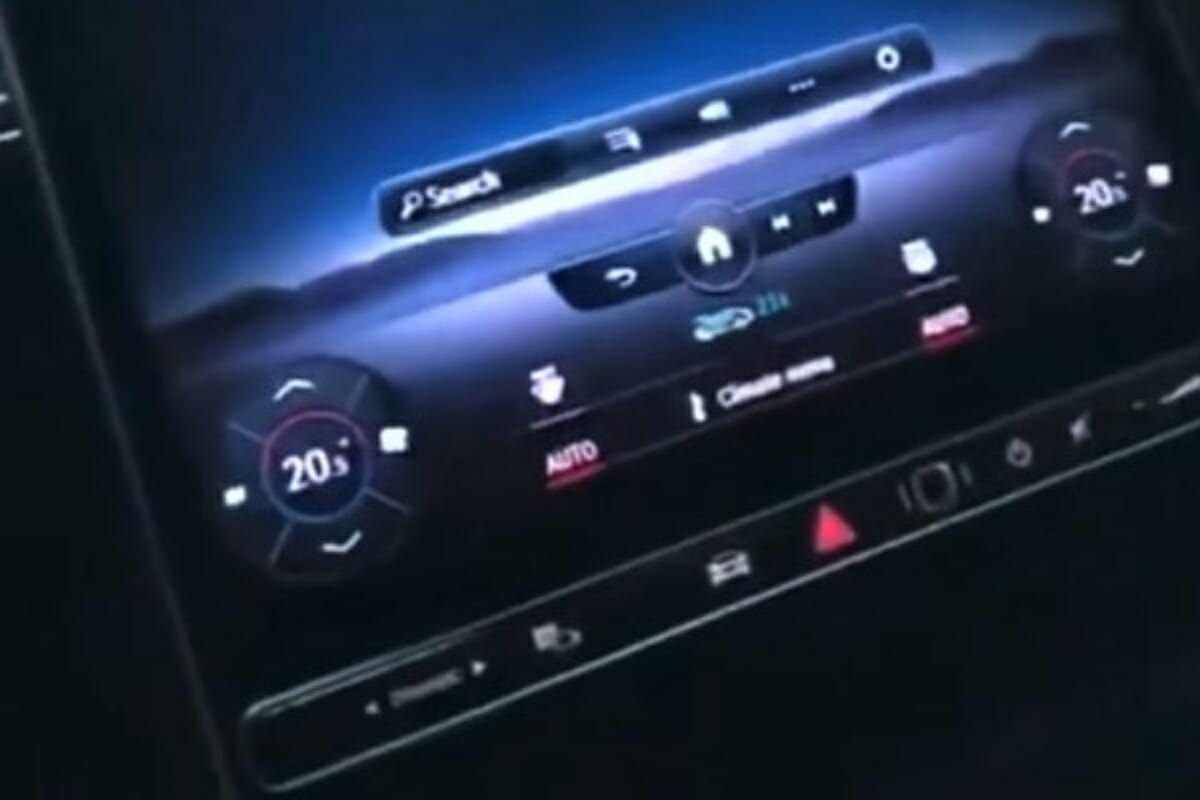 Up until now, we had only seen pictures of the 2021 Mercedes-Benz S-class caught testing in heavy camouflage. Now, before the global reveal, spy-shots and a video has been leaked online which claim to be the new generation Mercedes Benz S-class.

An Instagram account has just put up pictures of the new S-Class revealing a lot more detail about the new S-Class. The flagship sedan from Mercedes has got a complete design overhaul, both inside and out. We expect it to be offered with petrol, diesel, and even a hybrid powertrain option. 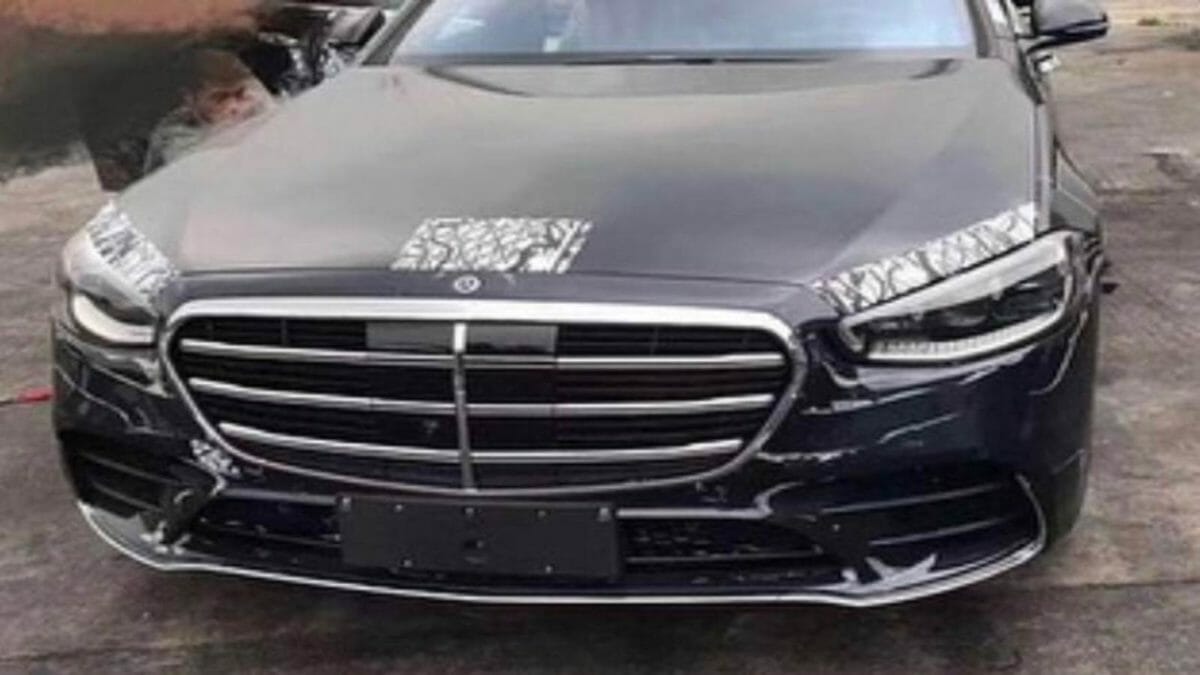 You get a look at the front, the rear and even the interior of the car. From the looks of it, the design of the 2021 S-Class is now sleeker and modern. The face of the new S-class – codenamed W223 – may seem familiar to some, and that’s because it has a lot in common with the design of the E-class facelift revealed in March. The front-end comes with a large chrome grille, flanked by sleek LED headlamps. It also comes with a redesigned bumper with the tri-star ornament placed on the hood. At the rear is Mercedes E-Class like tail lamps that taper sharply toward the centre of the boot and are united by a chrome strip. Twin chrome exhaust exits add a touch of sportiness to the tail of the new S-class. 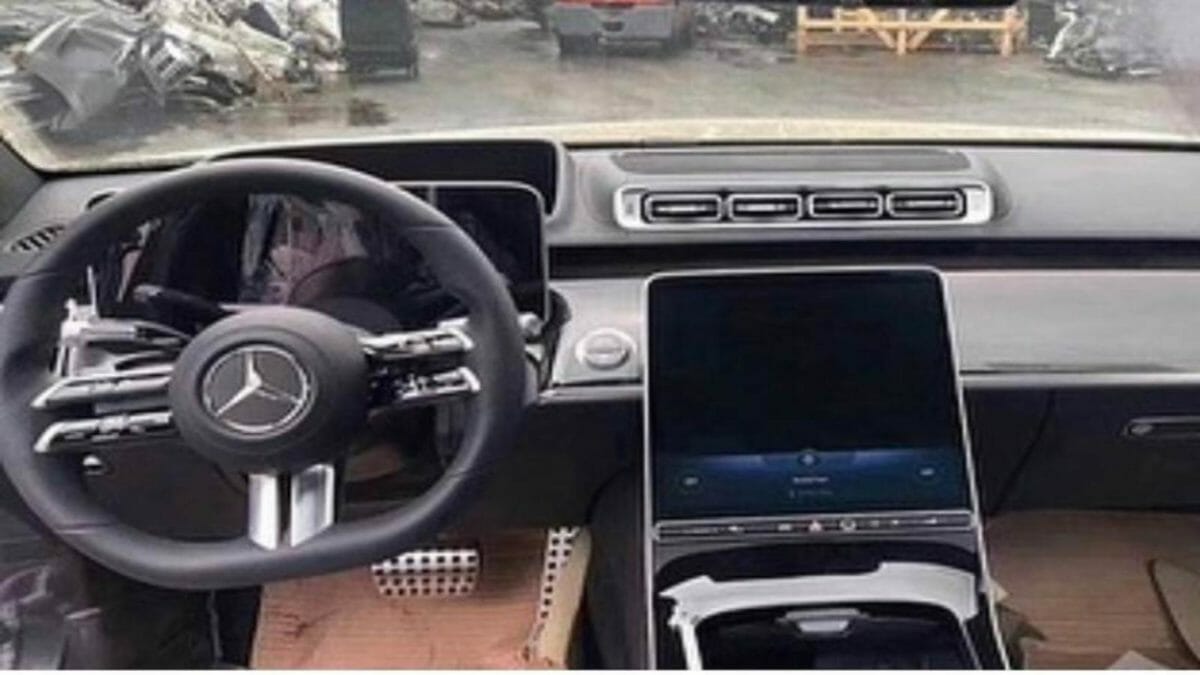 Apart from the images of the exterior, there is also a set of images and a video of the interior. while the outside could almost pass off as a facelift, the inside is where things get interesting. This new car shares almost nothing with the outgoing one, except for the fact that there are still four air conditioning vents on the dashboard. Being an S-Class, it is expected to be fully loaded to suit the luxurious lifestyle that customers buy this car for. The front gets two digital displays, an instrument cluster for the driver and a seemingly touchscreen portrait-oriented infotainment system which will run Mercedes’ MBUX system.

Everything is as minimalist as it can get. Most of the controls have been incorporated into the screen. Then there’s the new digital driver’s instrument display, which sits on top of the steering column and the sleek new 3-spoke steering wheel. l. An interesting detail is that the horizontal spokes of the steering are split into two individual spokes on each side, housing what are likely to be capacitive touch controls, as seen on the E-class facelift.  The rear seat occupants are also pampered with a touchscreen unit between the armrest for controlling various functions of the car. 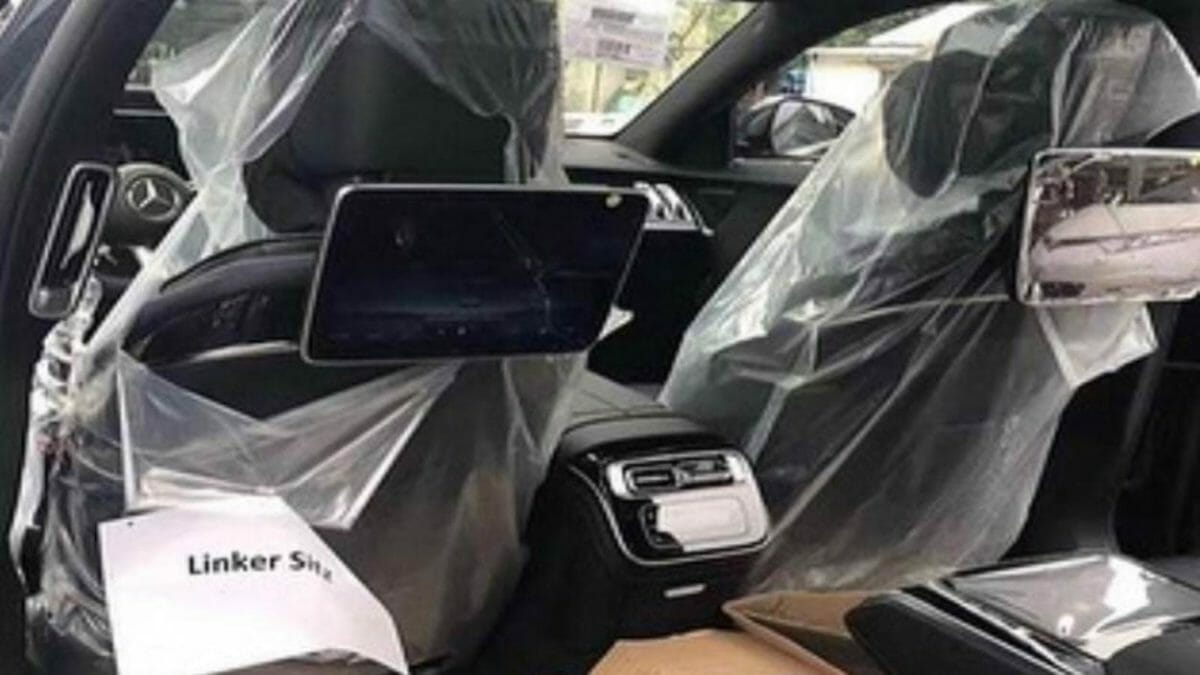 The current-gen S-class (W222) has been on sale in India since 2014 and is due to be replaced by the all-new S-class (W223), which is scheduled to make its world premiere later this year. It will get a variety of powertrain options, including petrol, diesel, mild-hybrid and plug-in hybrid. The new S-Class seems to be very close to its official release and will certainly make it a tough space for cars like the BMW 7 Series and the Audi A8. The new design language on the inside is a big departure from other Mercs from before and it will be interesting to see how it tilts the favour towards itself amongst the competition.