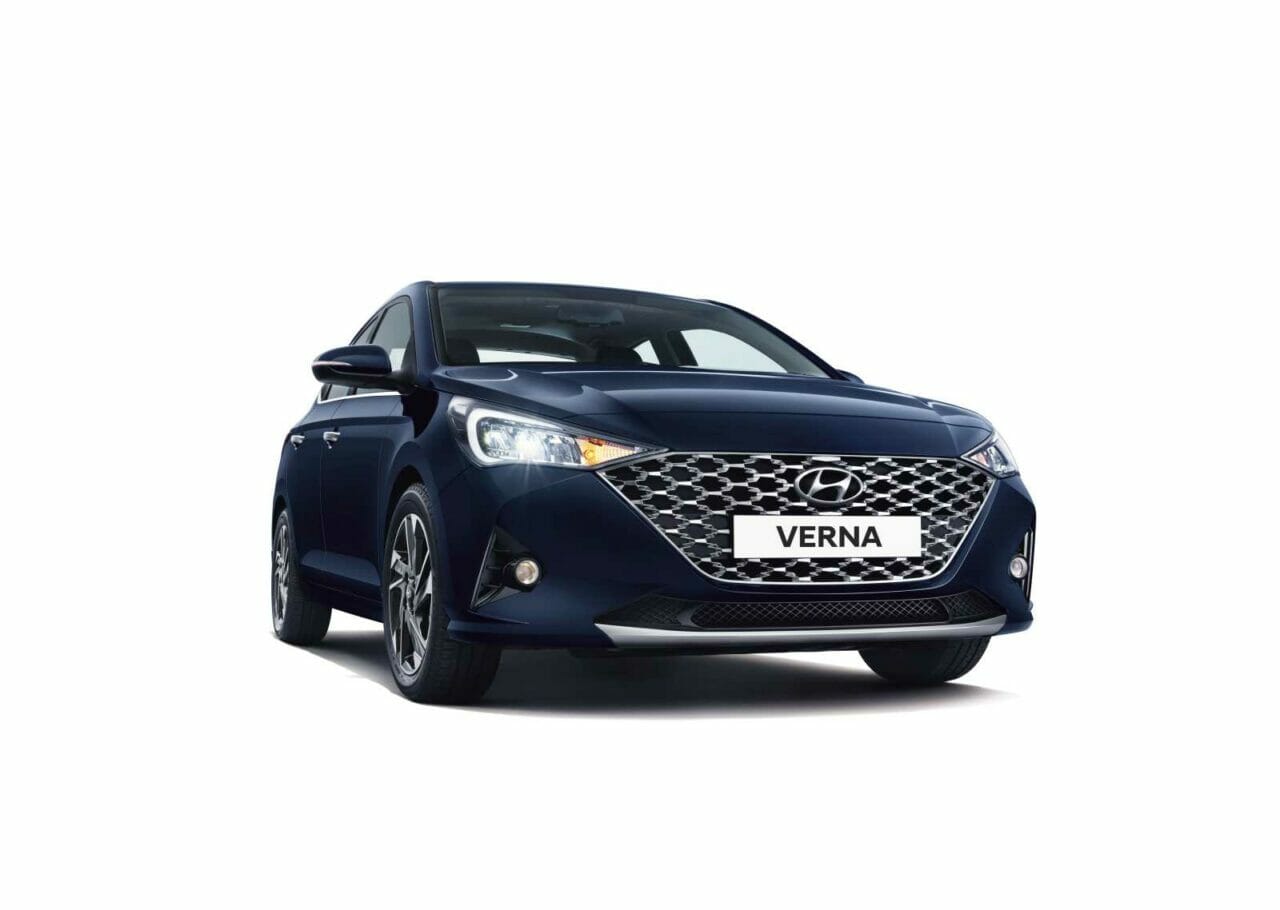 The 2020 Hyundai Verna Facelift was revealed in the month of March but the launch had been delayed thanks to the Covid-19 pandemic and the subsequent lockdown imposed in the entire country. Hyundai Motor India has now officially launched the facelifted sedan at a starting price of Rs 9.30 lakh for the base petrol variant and it goes up to Rs 15.10 lakh for the top-end diesel automatic variant.

With digital sales channels being strengthened, the new Verna’s pricing details were already out on Hyundai website. However, the biggest revelation has been that it is the country’s first fully connected mid-size sedan. Hyundai is calling the facelift as the ‘Spirited New Verna’. It is offered in S, S+, SX, and SX(O) trims. 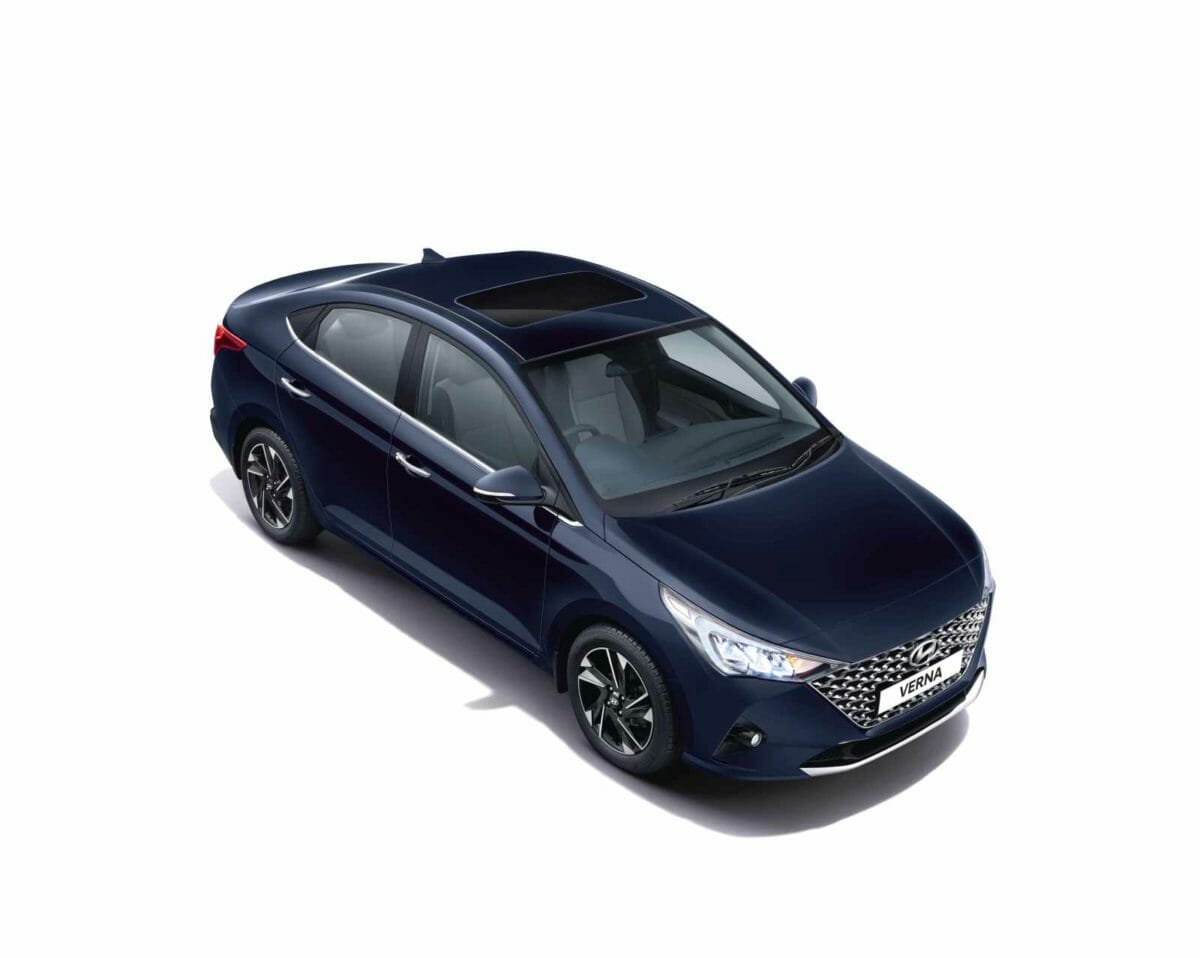 As reported previously, the Verna facelift gets three new BS6-compliant engine options – two petrol and one diesel. The 115hp, 1.5-litre naturally aspirated petrol unit is shared with the new Creta and can be mated to either a 6-speed manual or an automatic gearbox. The second petrol unit is the 120hp, 1.0-litre turbo-petrol engine from the Venue that is exclusively paired with a 7-speed DCT gearbox. The diesel on offer is a 115hp, 1.5-litre U2 CRDI unit coupled to a 6-speed manual gearbox as standard. It also comes with the option of a 6-speed torque converter automatic gearbox.

In terms of dimensions, the new Verna has the same proportions as the outgoing model which means it has a wheelbase of 2,600 mm, is 1,475 mm tall, 1,729 mm in width and has an overall length of 4,440 mm. Coming to the design aspect, it gets a large cascading grille up front with a chrome honeycomb pattern, flanked by new sharp-looking LED headlamps. At the rear, the tail lamps feature some changes, while the bumper gets a new skid plate with a twin-muffler design. The turbo variant can be uniquely distinguished by its characteristic twin-tip muffler, glossy black grille and all-black interiors.

The big updates, however, are inside the cabin. The Verna facelift is the only sedan in its class to feature a fully-digital instrument console. In addition, it also gets a 4.2-inch driver information display (MID) that displays a multitude of data to the driver. The same unit is also shared with the next-gen i20, although the unit on the new Creta is slightly different.

The biggest addition has been the BlueLink Telematics System, which makes it the first sedan in this segment to feature connected car technology. It comes with 45 features, including remote engine and air-con operation (automatic only), voice commands for in-car functions and more. It also lets the owner access in-car functions with the help of their smartwatches. Hyundai has made it clear that all the further launches will feature the BlueLink Telematics.

Hyundai has presented a strong case for itself in the sedan space with the launch of the 2020 Verna facelift. With the launch of the next-generation Honda City expected in a few days or so, the competition in this segment will intensify further. Other sedans in this segment, the Volkswagen Vento and Skoda Rapid recently got updated to BS6 emission norms are now available with a 1.0-litre TSI petrol engine. Both aren’t available with diesel engines anymore.