Hyundai Motors India Ltd.(HMIL) is gearing up for the launch of the 2020 Tucson facelift which is finally going to take place on July 14. The Hyundai Tucson facelift made its maiden appearance at the AutoExpo 2020 earlier this year at Greater Noida.

The car was supposed to be launched shortly after the biennial motor event but due to the Covid-19 pandemic and the subsequent nationwide lockdown, everything was brought to a standstill and thus the Tucson facelift launch got delayed. The launch is slated to take place through a digital press conference. 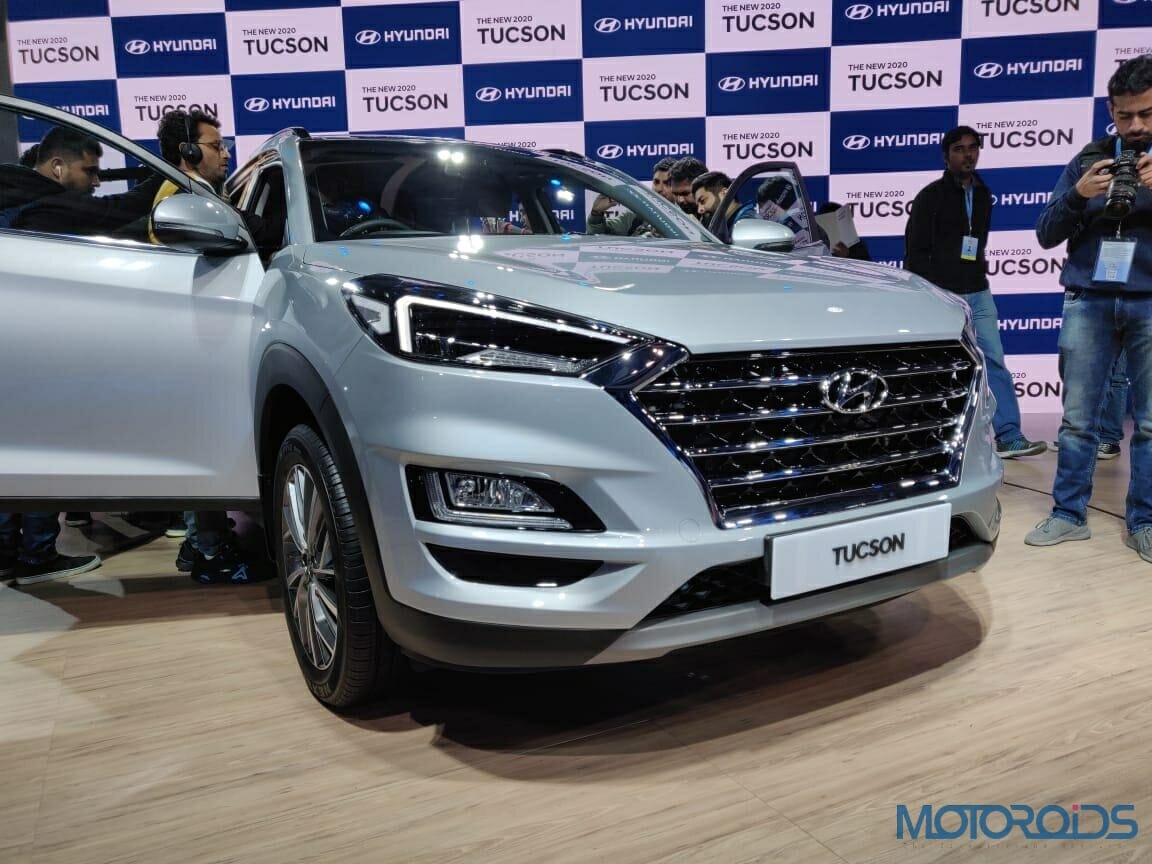 The new model has received minor cosmetic changes along with the BS6-compliant engine setup and a new automatic gearbox. The updated Tucson looks slightly different than its pre-facelift version however, it does not stray too far from the previous model. It will feature an updated cascading grille, a muscular bonnet with sculpted lines, new front and rear bumpers, and LED light fittings. On the sides, it will be flanked by radial alloy wheels, blacked-out B-pillars, roof rails, and indicator-mounted ORVMs. Other changes include new fog lamp assembly, new tail light cluster and new reflectors on the tailgate. 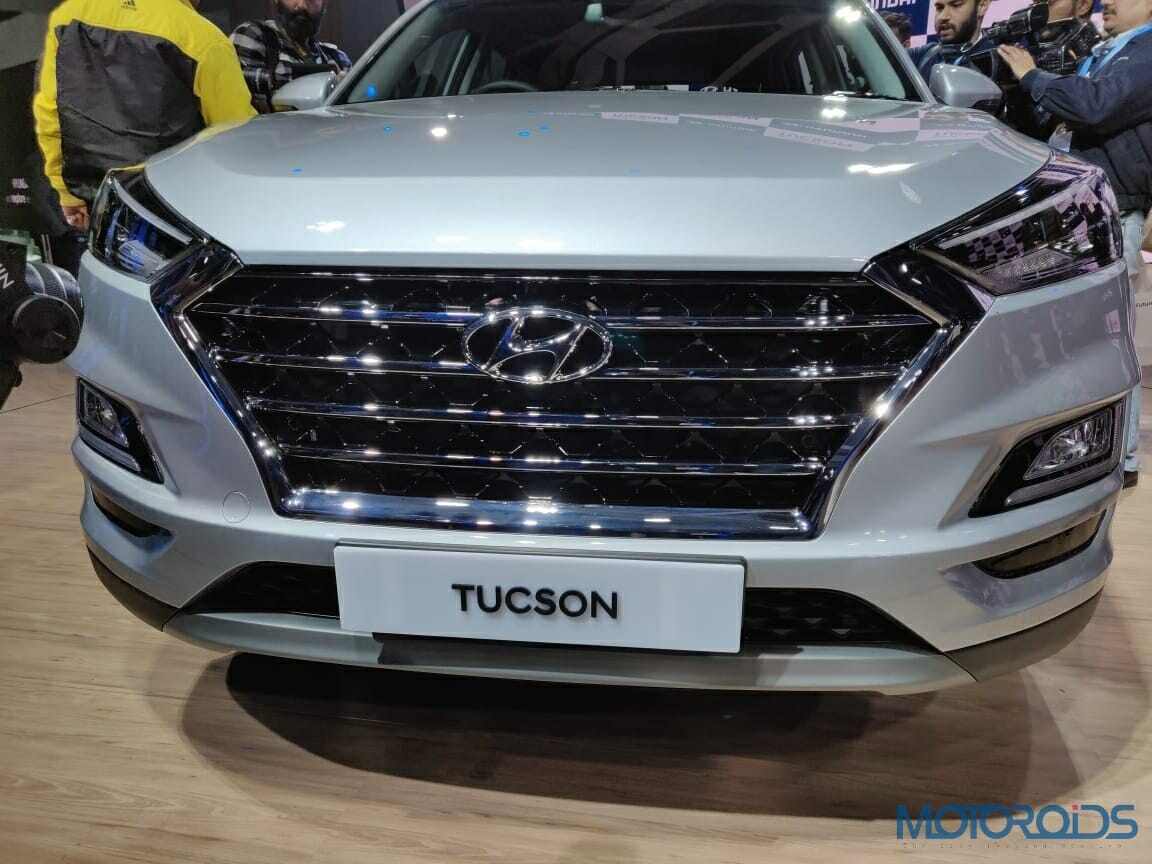 Inside the cabin as well, one can notice significant updates. The most noticeable update being the new dashboard design, replete with a free-standing 8.0-inch touchscreen infotainment system equipped with Hyundai’s Blue Link connected-car features. The Tucson will also come with Hyundai iblue and Voice Recognition. With BlueLink, Hyundai will offer many convenient features that would improve Safety, Security, Geographic Information Services, Vehicle Management Relationship Management, Artificial Intelligence, Alert Services and Location-Based Services in the car. Similar technologies are being offered in most modern Hyundai models across the range. 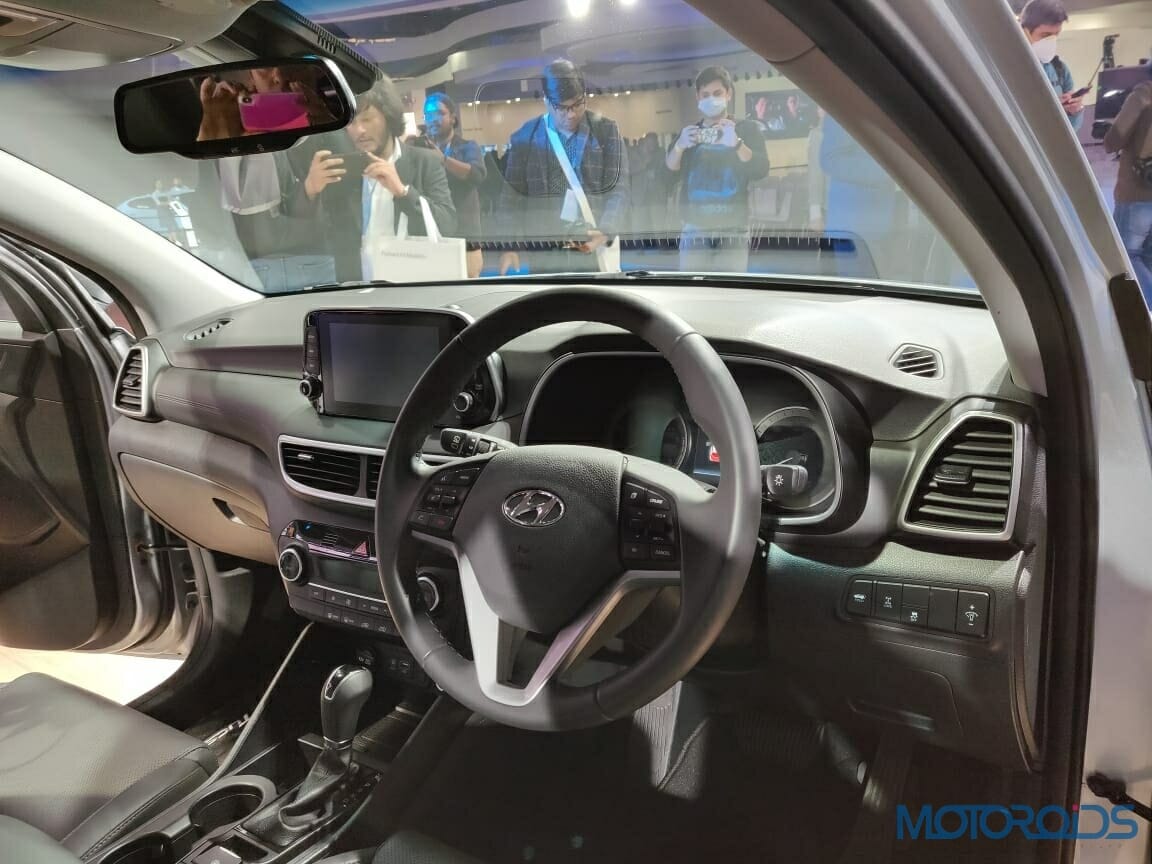 The premium SUV lineup will come in two trims – GL Option and GLS – and petrol and diesel engine options. Both powertrains will meet the mandated BS6 emission norms. Taking a closer look at what lies under the hood, the Tucson facelift will come equipped with a 2.0-litre naturally aspirated petrol engine as well as a 2.0-litre turbocharged diesel engine. While the petrol engine churns out figures of 150 bhp and 192 Nm of peak torque, the diesel unit generates a maximum power of 182bhp against 400Nm of peak torque. Both engines will come with torque-converter automatic gearboxes as standard, though the petrol version will come with the older model’s 6-speed unit while the diesel will get an all-new 8-speed unit.  While the entry-level GL Option trim comes with a 2WD (two-wheel-drive) system, the AWD (all-wheel-drive) is reserved for the top-end GLS variant.

Hyundai had already commenced the bookings of the Tucson facelift with a booking amount of Rs 25,000 since its unveil at the AutoExpo 2020. The 2019 Hyundai Tucson BS4 model was priced between Rs 18.7 lakh to Rs 26.9 lakh (ex-showroom, Delhi). But with the new model featuring new technology in addition to more expensive BS6 compliant engines, prices of the Tucson are expected to increase. The new 2020 Tucson facelift is expected to be priced from Rs 19.5 lakh to Rs 27.5 lakh (ex-showroom, Delhi). Upon launch, the Tucson will directly rival the Jeep Compass but it will also compete against the higher variants of the Tata Harrier, Mahindra XUV500 and the MG Hector.