The relation of the Indian Armed forces with Royal Enfield motorcycles isn’t new. Over the years, Royal Enfield bikes have been an integral part of the nation’s armed forces and like every soldier in the forces, the bikes have performed their duties to the best of their abilities.

The Royal Enfield Bullet has been part of the Army for almost sixty years and ever since the launch of the Classic, it has graced the presence in the armed forces as well. The Chennai-based motorcycle brand has recently shared a video on their YouTube Channel showing personnel of the Indian Army scaling the heights of the treacherous Karakoram pass.

The video was uploaded on June 26 to celebrate the Kargil Vijay Divas. The video was shot on the same day last year to mark the 20th anniversary of the prestigious day for the Indian Army when it reclaimed our territory from the enemy in 1999. Last year, Royal Enfield had partnered with the Indian Army to venture out into the unknown and ride to the mighty Karakoram Pass in Northern Ladakh on BS4 Royal Enfield Himalayan motorcycles. There were a total of 11 team members which consisted of 6 Indian Army personnel (including 2 women officers), 4 enthusiasts from Royal Enfield, and 1 from the Himalayan Motorsports Association. 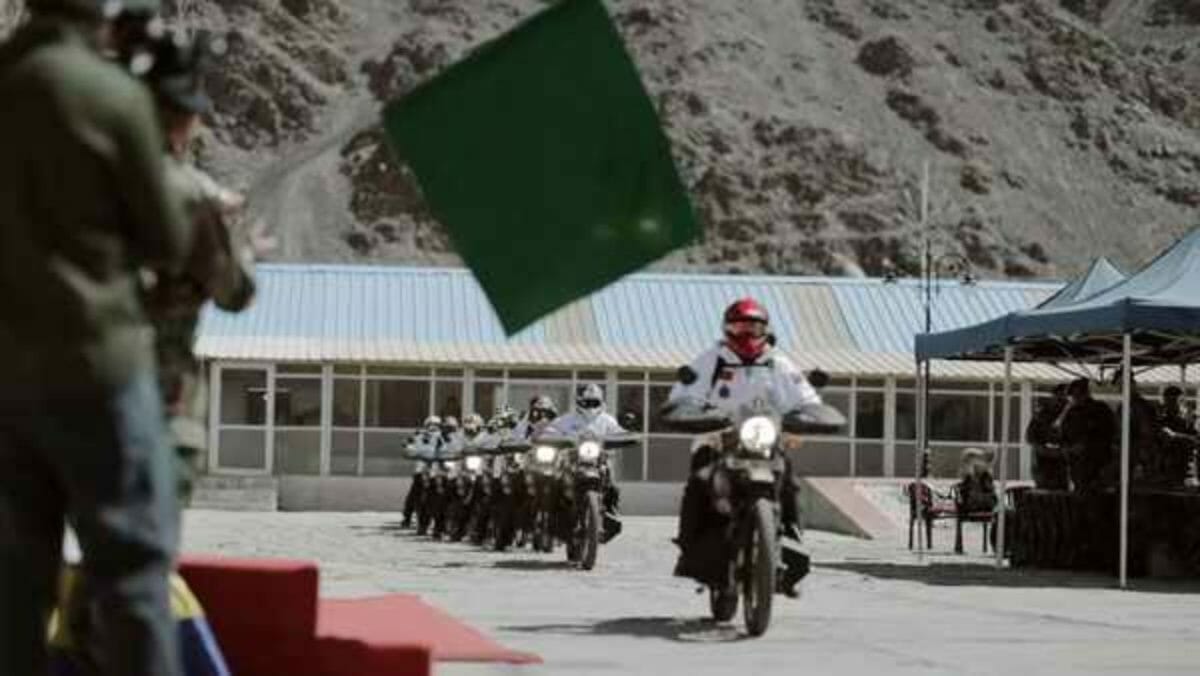 This was the first time that anyone had ridden a motorcycle to the Karakoram Pass. The area is known for its unforgiving terrain and extreme temperature. The riders on the expedition had to deal with extremely chilly weather of up to -30 degrees Celsius.

Route Taken For The Expedition

No one has ever ridden a bike to the Karakoram Pass, which is located at 18,176 ft, making it the highest pass on the ancient caravan route between Leh in Ladakh and Yarkand in Tarim Basin, China. The Himalayan Heights Motorcycle Expedition started from Karu in Leh and traversed around 1,000 km along the Line of Actual Control (LAC) between India and China and Pakistan. The route passed through some of the most panoramic places in the world such as Chongtash, Siachen Glacier, Depsang Plains and Daulat Beg Oldi. This is actually an old Afghan trade route, but it was never explored on a motorcycle. The expedition reached Karakoram Pass after travelling for 10 days. 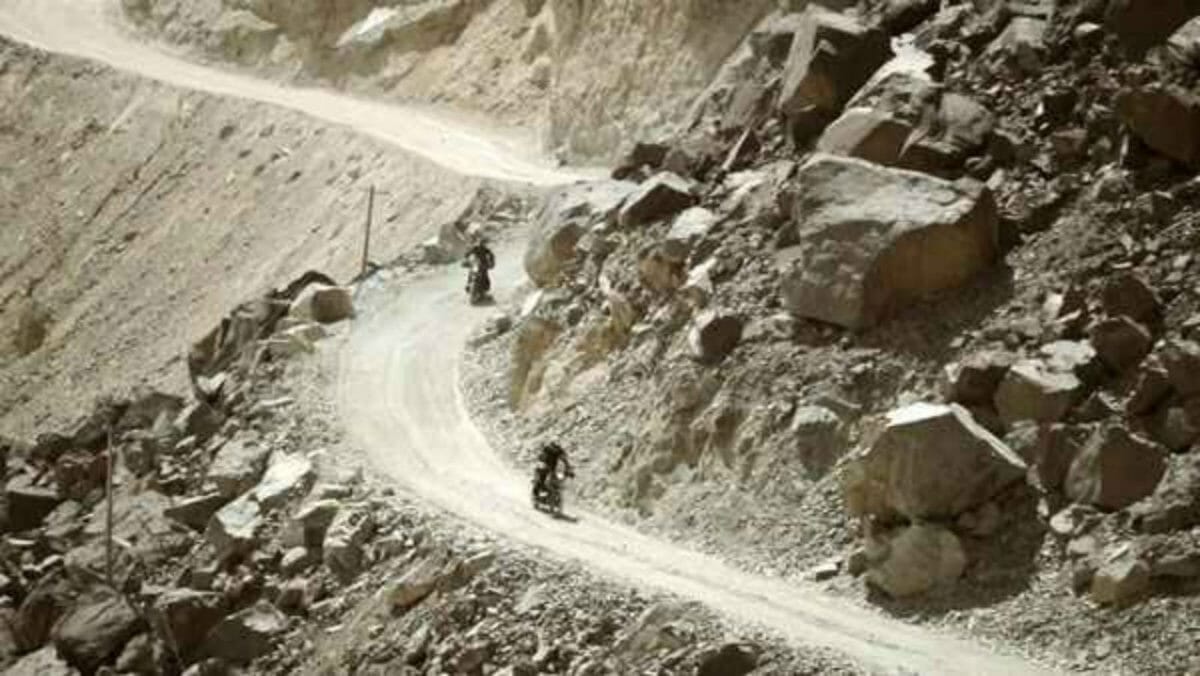 The team had to experience some of the worst terrains in the entire country, as well as harsh weather conditions, but also captured breathtaking views along the journey. It was a test of both man and machine. Thanks to the extensive training that each team member had received prior to this journey, everyone was able to ride to the destination at over 18,000 ft successfully.

A tough selection and training process at Himachal Pradesh ensured that all riders were at necessary fitness levels, and the eleven finalists were put through rigorous training that involved riding the Royal Enfield Himalayan over snow, slush, and black ice. The Himalayan too performed exceptionally well throughout the expedition. 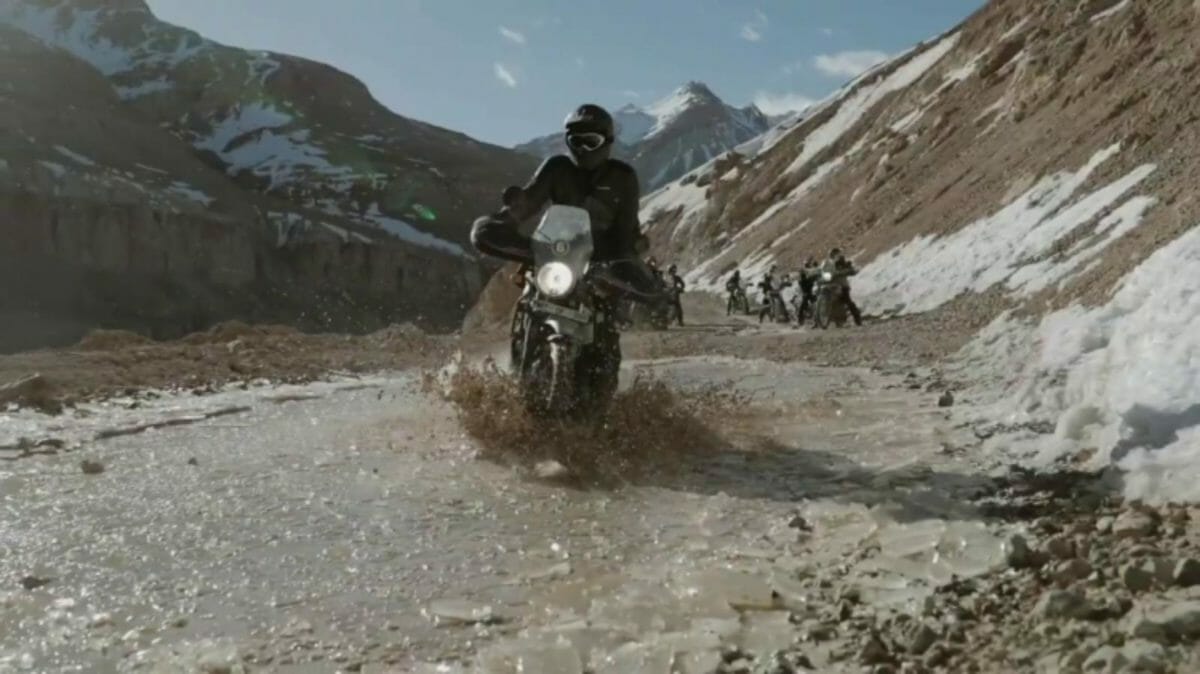 Details Of The Royal Enfield Himalayan

Speaking of the Himalayan motorcycle, it features 41mm telescopic front suspension with 200mm of travel, 220mm of ground clearance, solid build quality, 21-inch front and 17-inch rear wheel setup with knobby tyres enabled the bikes to tackle the treacherous conditions without any major hiccups. The purpose-built motorcycle draws power from a 411 cc, 4-stroke, SOHC, air-cooled, fuel-injected, single-cylinder motor that produces 24.3 hp power & 32 Nm torque, and comes mated to a 5-speed gearbox. The bikes used in this expedition were BS4 compliant.