Last month, Suzuki launched the streetfighter version of the Gixxer SF 155, at a price of INR 1,00,212 (ex-showroom, India). This naked Gixxer goes up against the TVS Apache RTR 160 4V, Honda Hornet 160R, Bajaj Pulsar NS160 and the Yamaha FZ and FZ-S in the 150-160cc segment, providing customers with a refined and smooth choice. Suzuki also launched the visually identical elder 250cc variant of the Gixxer, a few days ago. In terms of design, the new naked Gixxer 155 looks completely different from its fully-faired version, however, these bikes are quite similar to each other in terms of engine output and chassis components. We finally got our hands on the 2019 version of the Suzuki Gixxer 155 and here is the first ride review:

What are the main changes?

The 2019 Suzuki Gixxer 155 now gets a new multi-reflector LED headlamp, which looks better than the previous-generation halogen headlamp. However, the downside of the new LED headlamp is that visibility is quite poor during heavy rains. Talking about design changes, the new generation Gixxer looks more bold and sporty when compared to its predecessor, mostly because of its new tank and tank extension design, which looks quite big and prominent. The length of the new Gixxer has now reduced by 30mm, while the wheelbase has been increased by almost 5mm, these changes add a pinch of sportiness to the Gixxer’s chassis by providing it with more stability. 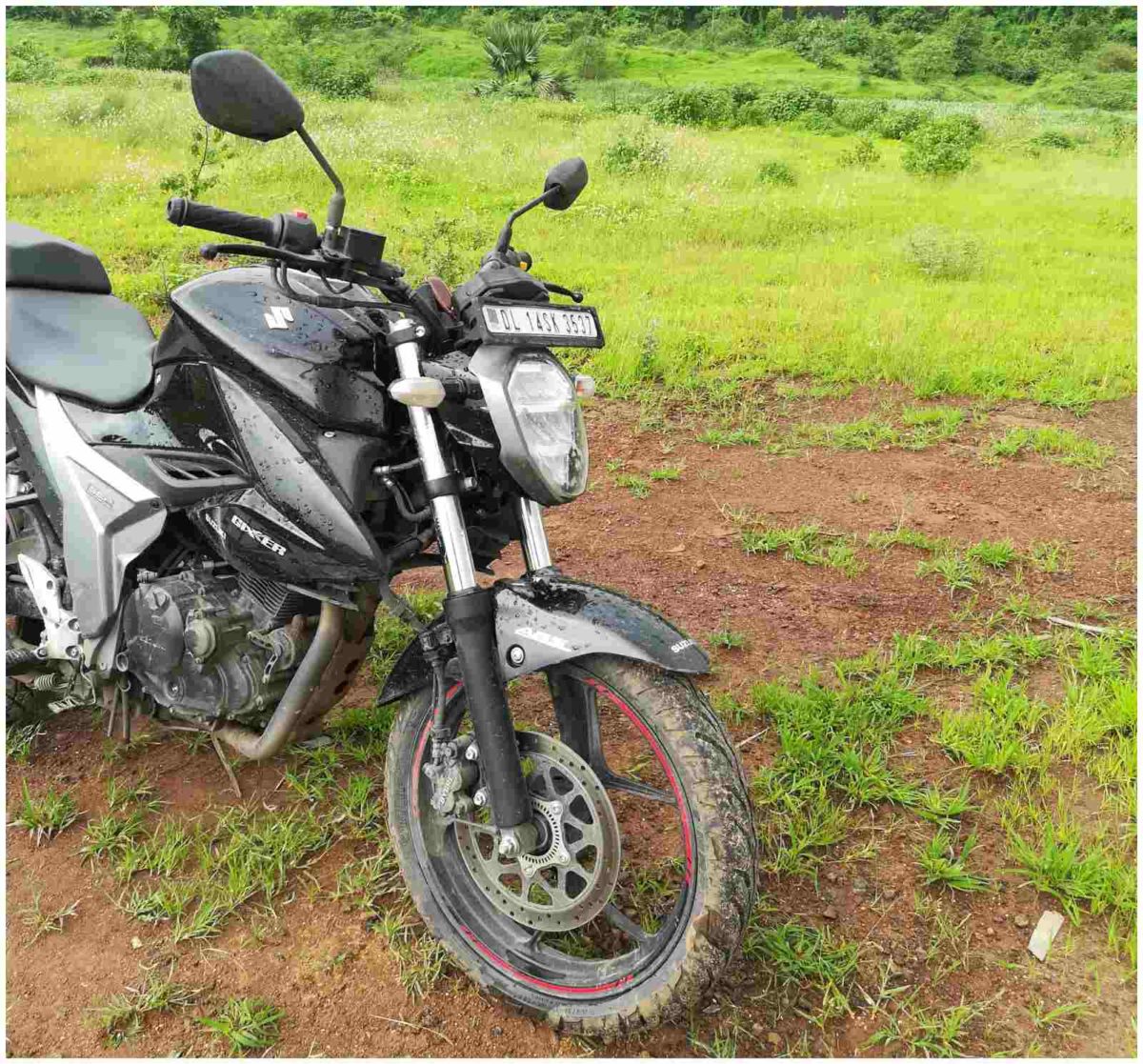 The other prominent change is the new split seat set-up, along with an increased seat height for a more sporty riding stance. Just like the old version, the new Gixxer also gets an LED tail lamp, however, the new taillight design is much sleeker and gives the bike a premium feel. Despite getting LED headlamps and taillamps, the side indicators are not fitted with LEDs and get standard bulbs. The bike is now also equipped with single-channel ABS as standard. Mechanically, the bike gets the same 155cc engine unit from its predecessor, however, in the process of making this vehicle BS-VI ready, the bike now loses 0.7 PS of power and puts out a total power output of 14.1 PS at 8,000 rpm and 14 Nm of peak torque at 6,000 rpm. 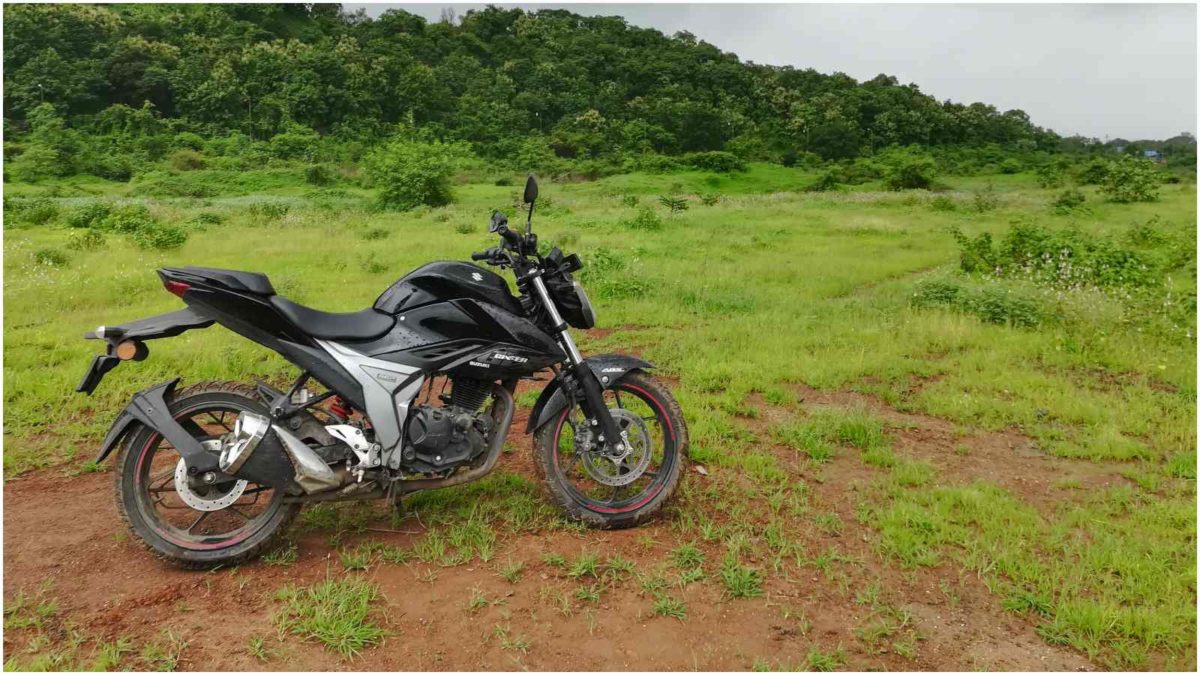 Is it quick enough?

The 2019 Suzuki Gixxer retains the same 154.9cc, air-cooled, SOHC, 2-valve, fuel-injected engine, however, the engine is now BS-VI ready, which is why it now produces around 0.7 PS less power, which is 14.1 PS @ 8,000rpm and 14 Nm of torque @ 6,000 rpm. All that power is then sent to the rear wheel via a 5-speed gearbox. At 140 kgs, the new-gen Gixxer 155 is now 4 kgs heavier than its old version. Despite being low on power, the new Gixxer 155 has a rev-happy engine which revs all the way up to 9,500 rpm and portrays a vibration-free character, throughout the rev range. The in-gear top speeds as per the Speedometer are:

Even at high speeds, the engine feels refined and smooth throughout the powerband and there are no vibrations whatsoever. The fueling feels crips and the power delivery is very linear. The gear shifts are smooth and the once the rider reaches 3,500 rpm, the engine powers the bike until the limiter cuts off power at about 9,500 rpm. 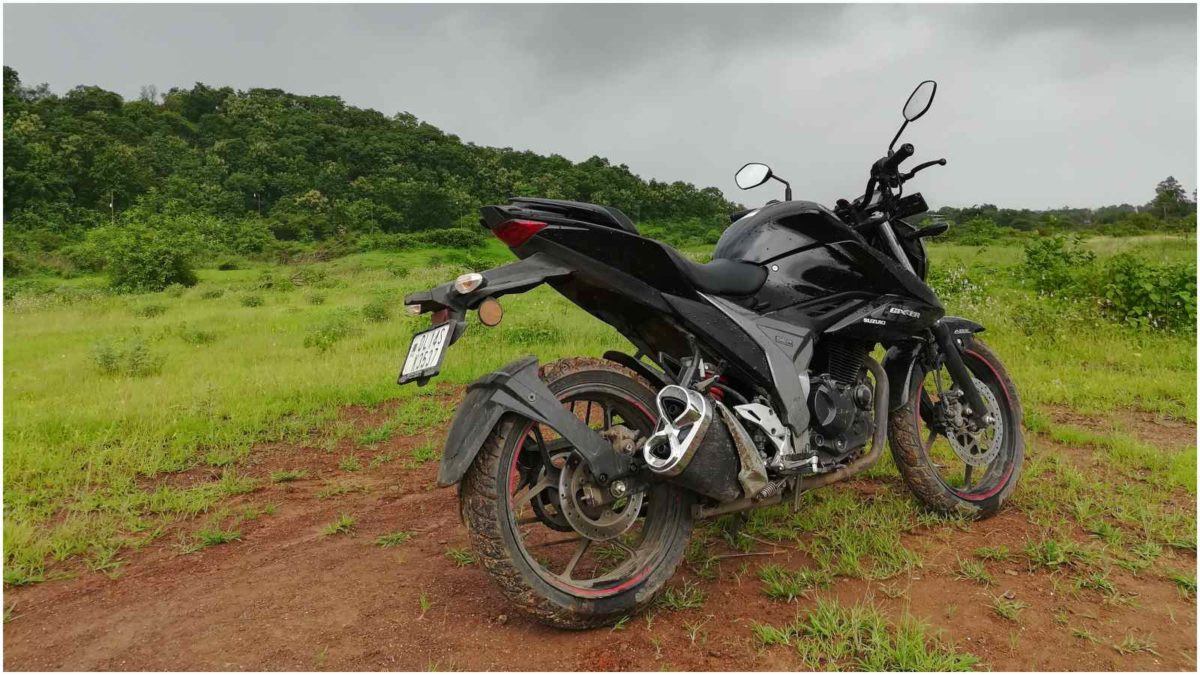 Is it suitable for city commute?

The bike is fitted with 41mm conventional forks upfront which is quite stiff and stable at high speeds and perfect for highway conditions, however, for a city commute, the suspension set-up is quite stiff and not comfortable or suitable for slow speeds and traffic conditions. The single-channel ABS keeps the bike steady on wet and loose surfaces during braking. The riding position is slightly sporty and committed, which might be great for spirited riding, however, it isn’t going to break your back within town either. The rider seat is wide, well-padded and relaxed, but the pillion seat is only suitable for short rides. The ARAI fuel-efficiency is around 64 kmpl, while the real-world fuel-efficiency is expected to be around 40 kmpl in the city and around 45-50 kmpl on the highway. 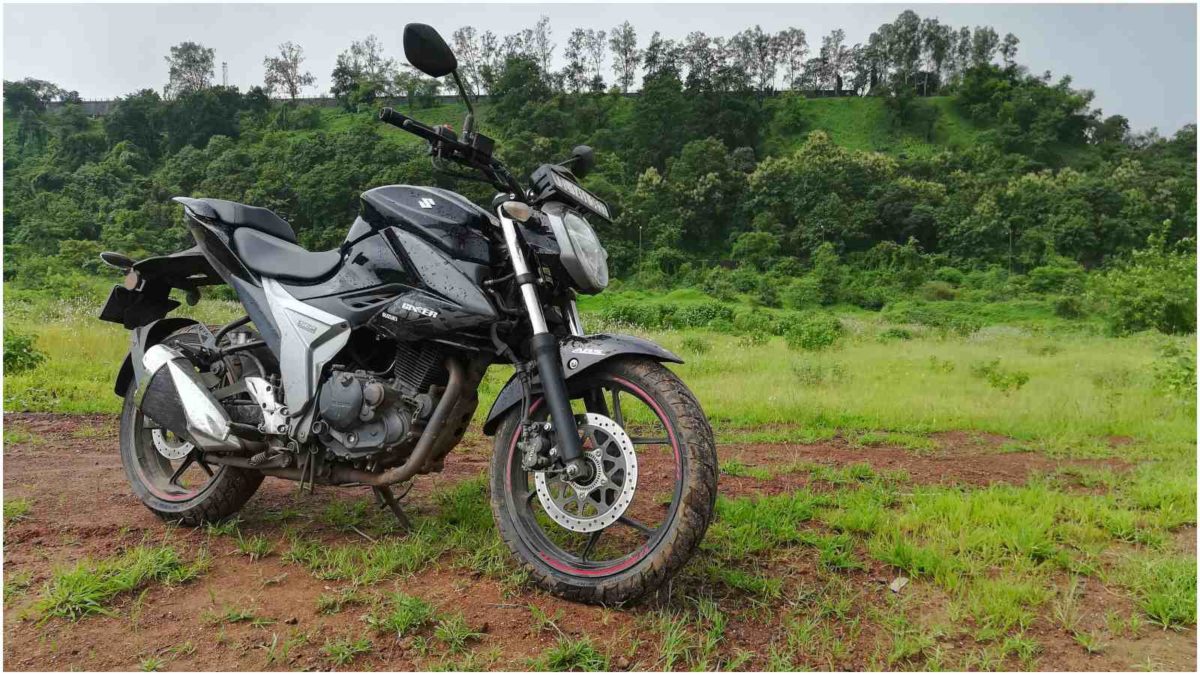 The 2019 Suzuki Gixxer is a well-built package, with sporty streetfighter looks. The other positive thing about this 155cc naked bike is that single-channel ABS and fuel injection system are now available as standard and the bike is available in only one variant, which is priced at INR 1,00,212 (ex-showroom, India). However, the closest rival to the Gixxer is the Apache RTR 160 4V, which gets more power and is priced at INR 99,000 (ex-showroom, India – top variant). Despite all the competition in the 150-160cc segment, the Gixxer is known for its sturdy and reliable build quality, accurate handling and refined engine characteristics. Even though the Gixxer 155 doesn’t have the biggest or the most powerful engine in its segment, the bike is a smooth operator.