The Isuzu D-Max V-Cross is quite a successful pickup truck and the only one to exist in its segment, thereby creating a separate market of its own. This pick-up truck is not only spacious but also offers great value when it comes to sheer rugged appeal. With quite a lot of off-road potential, the D-MAX’s only gripe as always been the lack of equipment and power. However, we’re not so sure if that’ll remain a problem for 2019 as one of our readers has managed to spot the new Isuzu D-MAX V-Cross camouflaged and being tested. 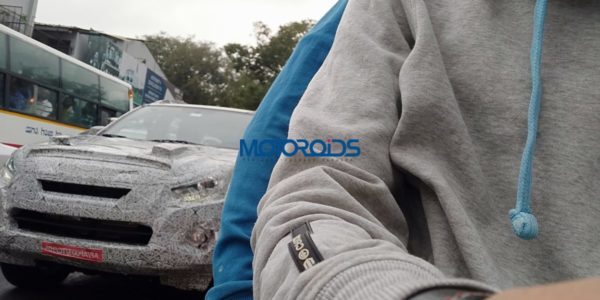 Cosmetic and aesthetics aside, a manufacturer doesn’t really test a vehicle these reasons, we suspect a much higher purpose behind this. This obviously is a new motor under its hood which demands it being tested, we’re still not sure which one would it be though. Recently Isuzu discontinued its 2.5-litre motor in the international markets in exchange for a smaller, more powerful and more efficient 1.9-litre motor. This in-line four motor produces an impressive 163 bhp and 360 Nm of torque, which despite downsizing is significantly higher than the motor it replaces. 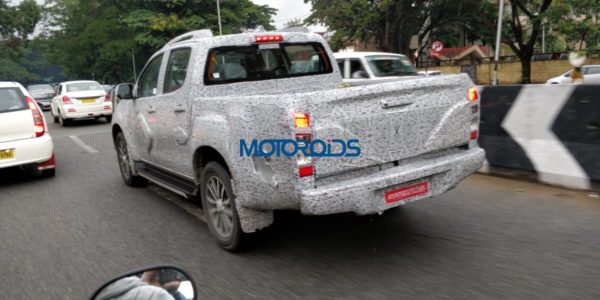 The overall styling should remain the same, adding in that extra layer of spit and polish it needed all along. These changes will include a redesigned hood, grille, rear bumper while we still expect to see the broad fenders and overall rugged look. The headlamp cluster is slightly redesigned and now houses an LED DRL, Isuzu is also likely to throw in more wheel designs and colour options into the mix to further help spice it. Although it’s still unclear what changes have been made to the inside, we expect nothing too dramatic and be quite subtle. Isuzu will officially launch this car sometime next year, so all the die-hard pickup fans can hold onto your horses until it arrives.