Audi had unveiled the Q8 Concept at the 2017 North American International Auto Show (NAIAS). Following the production spec model spotted during a test run on foreign soil. Now, the upcoming Audi Q8 has been spied testing in India for the very first time. While Audi is yet to reveal the details of the production ready Q8, let us tell you what we know about the brand’s upcoming flagship product. 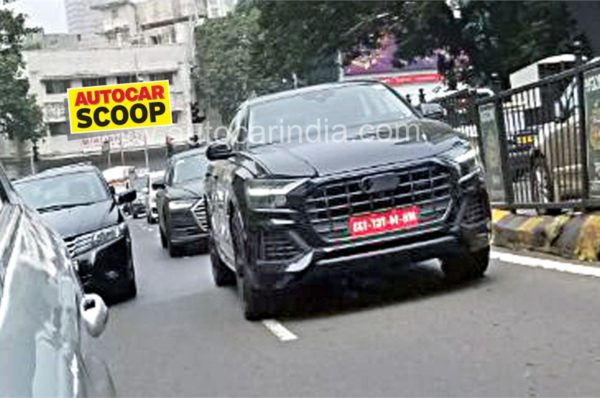 Expect the Audi Q8 to arrive with a price tag in the range of INR 80 lakh to 1.2 Crore. 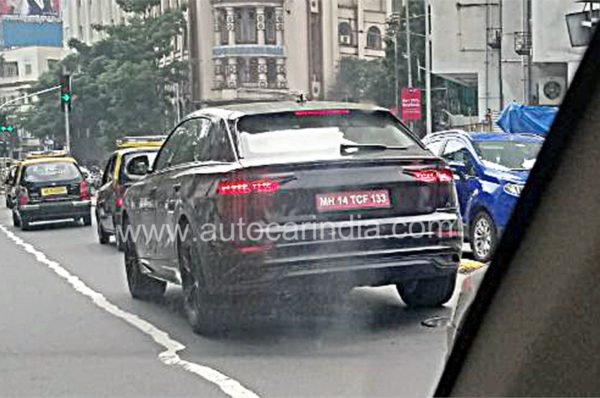 As seen in the images, the Audi Q8 will remain identical to the Q8 Concept. Up-front, the model will receive an octagonal single piece grille flanked by matrix laser headlamps on either side.  For the side profile, Audi had showcased the Q8 Concept with contrast coloured door sills although the production model seems to have given them a miss. At the rear, the model features a massive roof edge spoiler and the tail lamps extending to the width of the tail gate. 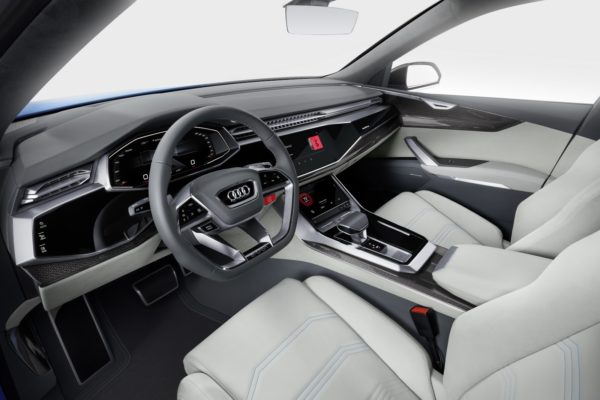 Inside,as seen in the Q8 Concept, the model will feature Audi’s virtual cockpit and will offer the latest technology from the Ingolstadt based luxury automobile manufacturer. The model will be offered in a five seat configuration while a four seat layout could be available in higher end variants. 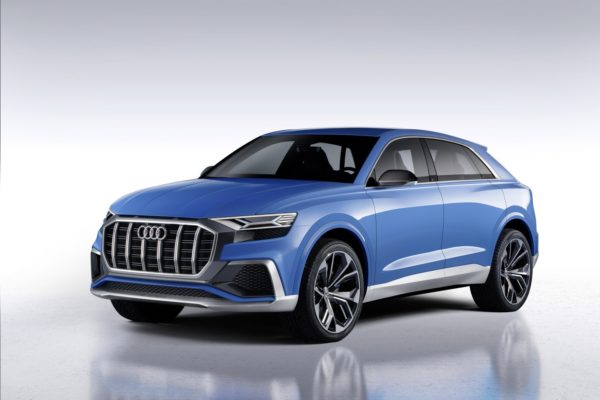 Audi is likely to offer the Q8 with a few engine options such as a 2.0-litre TFSI engine, 3.0-litre TFSI V6 engine and a 3.0-litre diesel engine. The petrol engines are expected to produce 252 hp of power with 370 Nm of torque and 333 hp with 440 Nm of torque respectively. A plug-in hybrid variant is also likely to be on offer.