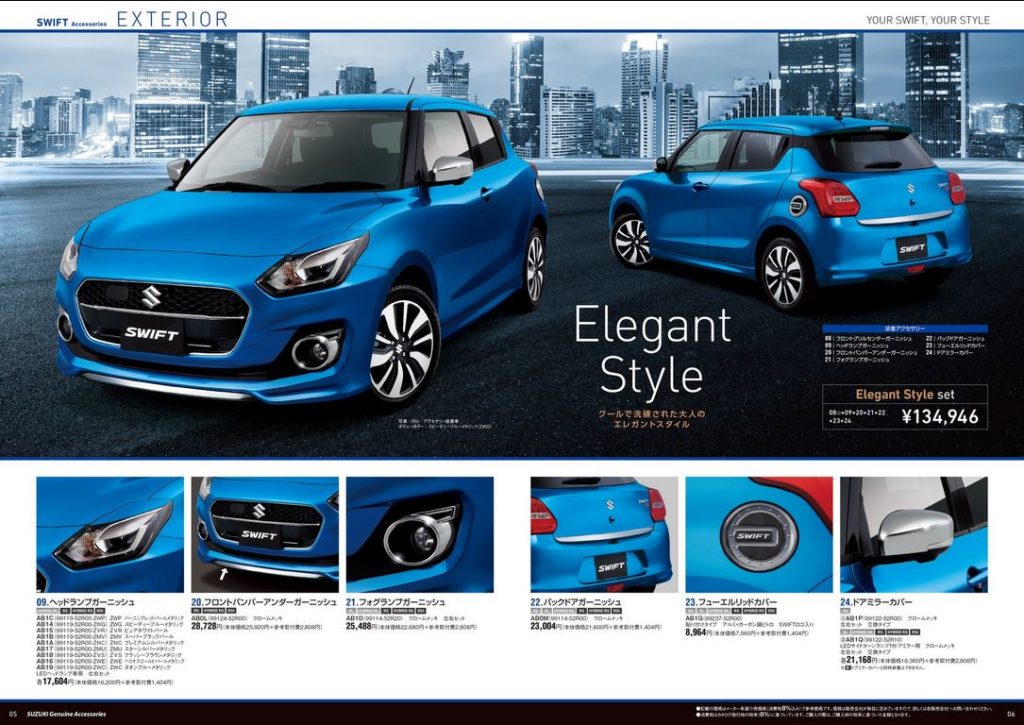 Should you chose your new Swift to look more elegant than stock, there’s the Elegant Style pack. It’ll set you back by nearly INR 8,000 (JPY 1,34,946), and get you aesthetic upgrades like chrome appliqués on the front bumper, chrome fog lamp housing surrounds, a chromed tailgate appliqué and a stylish fuel cap cover. 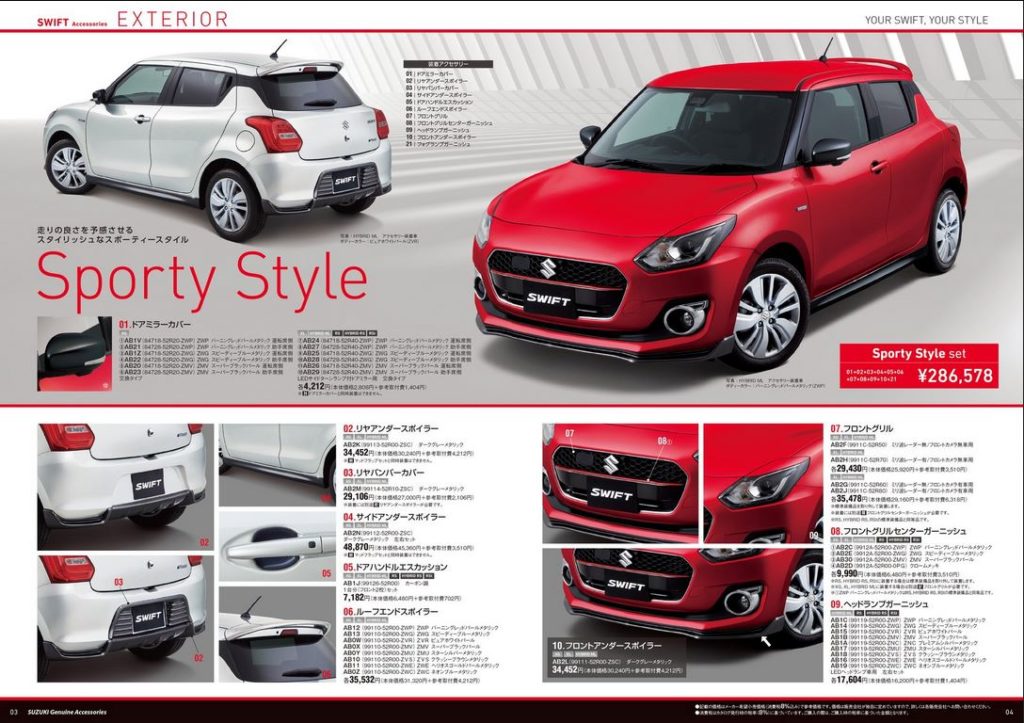 Should you chose your new Swift to look sportier than stock, there’s the Sporty Style pack. It’ll set you back by nearly INR 17,000 (JPY 2,86,578), and get you aesthetic upgrades like a front lip spoiler, black door mirror caps, body colored strip on the radiator grille, door handle cover, rear spoiler and more. 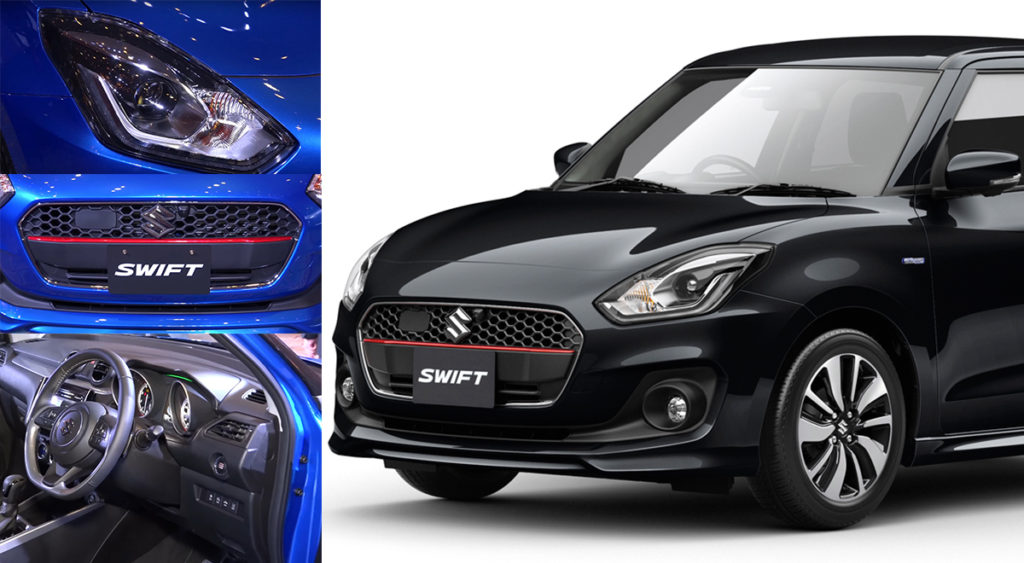 A quick recap of the new Suzuki Swift is in order. Armed with evolutionary, yet contemporary styling and underpinned by Suzuki’s new lightweight platform, the new Swift is offered with two engines in Japan – a 1.2-litre petrol engine and a 1.0-litre turbo-petrol engine. The former can also be had with a mild hybrid system, AWD and either a 5-speed MT or a CVT. The latter is exclusively available with a 6-speed automatic transmission and FWD.