While the 2017 Suzuki Swift is out of the bag, a couple of speculative renderings by X-Tomi Design imagine the hatchback in two adventurous guises –  Convertible and Sport. 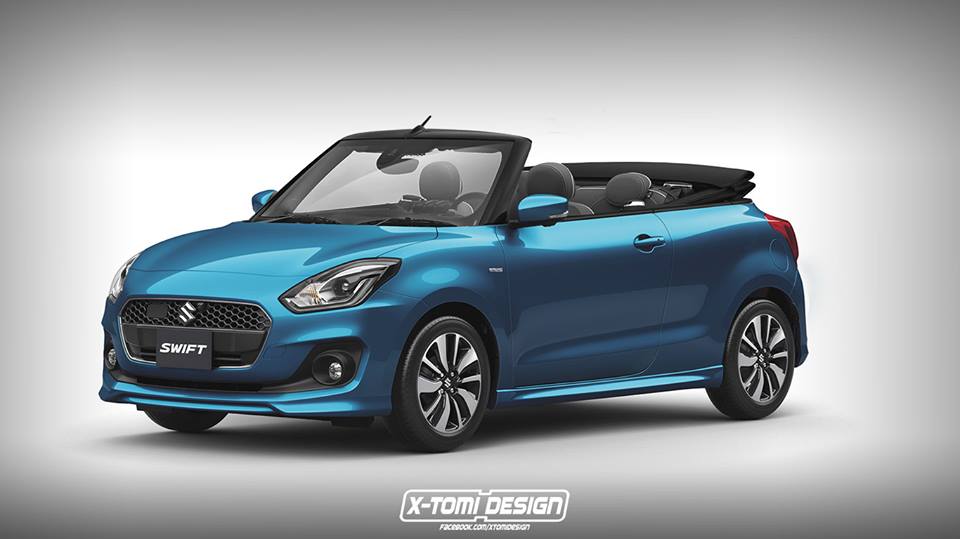 Even though it only exists in the virtual realm, the 2017 Suzuki Swift Convertible is a looker. The floating roof, along with the B and C pillars have been deleted, and in their place sits a lovely rag top picked from the latest Mini Cooper Convertible. The seats in the render have been digitally sourced from the Mini as well, while the rear doors from the original have also been buffed out in Photoshop. We’d take the Convertible with the range-topping 1.0-litre BoosterJet turbo-petrol engine under the hood, and rest our elbows on the sills as the wind roughs up our coiffure. 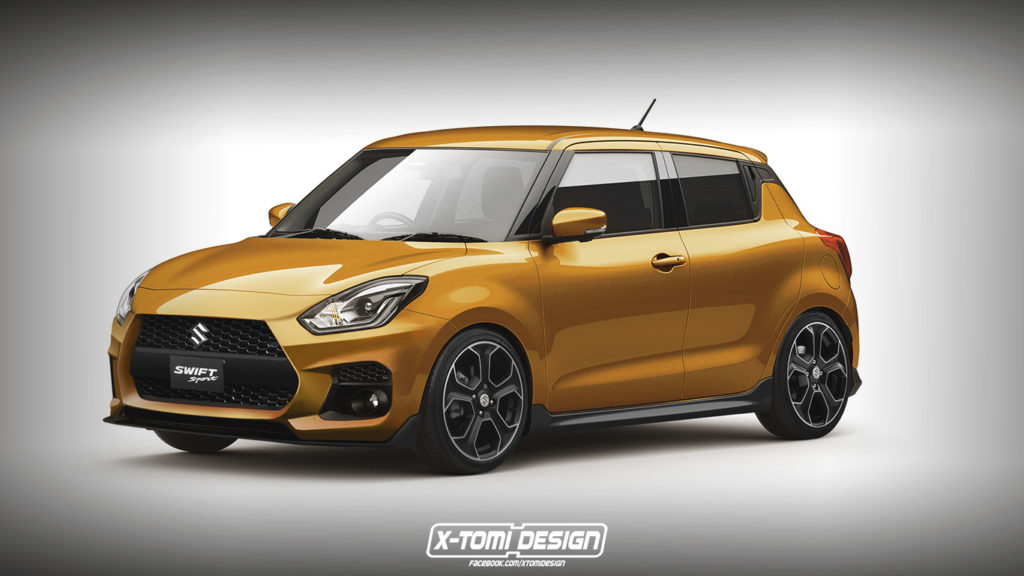 While the Convertible is merely a figment of imagination (Suzuki hasn’t confirmed any such derivative yet), this Swift Sport is happening for sure. Word has it that it’ll be powered by a 1.4-litre turbo-petrol engine good for 140 BHP. As for the styling, this render picks a leaf from the leaked images of the Swift Sport. The front end gets a new hexagonal grille that’s larger than the regular variants, giving this Swift Sport new-found aggression from the front. The sportier front bumper houses massive fog lamp surrounds, while an assortment of skirts, sills and bigger wheels round off the aesthetics. The Swift Sport will sit lower than stock, and on a set of bigger, sexier wheels.

PS – The gallery below contains a render of a ‘2017 Suzuki Swift Sedan’ as well, but we now know for a fact that the next-gen Swift Dzire will have noticeably different styling that the 2017 Swift.