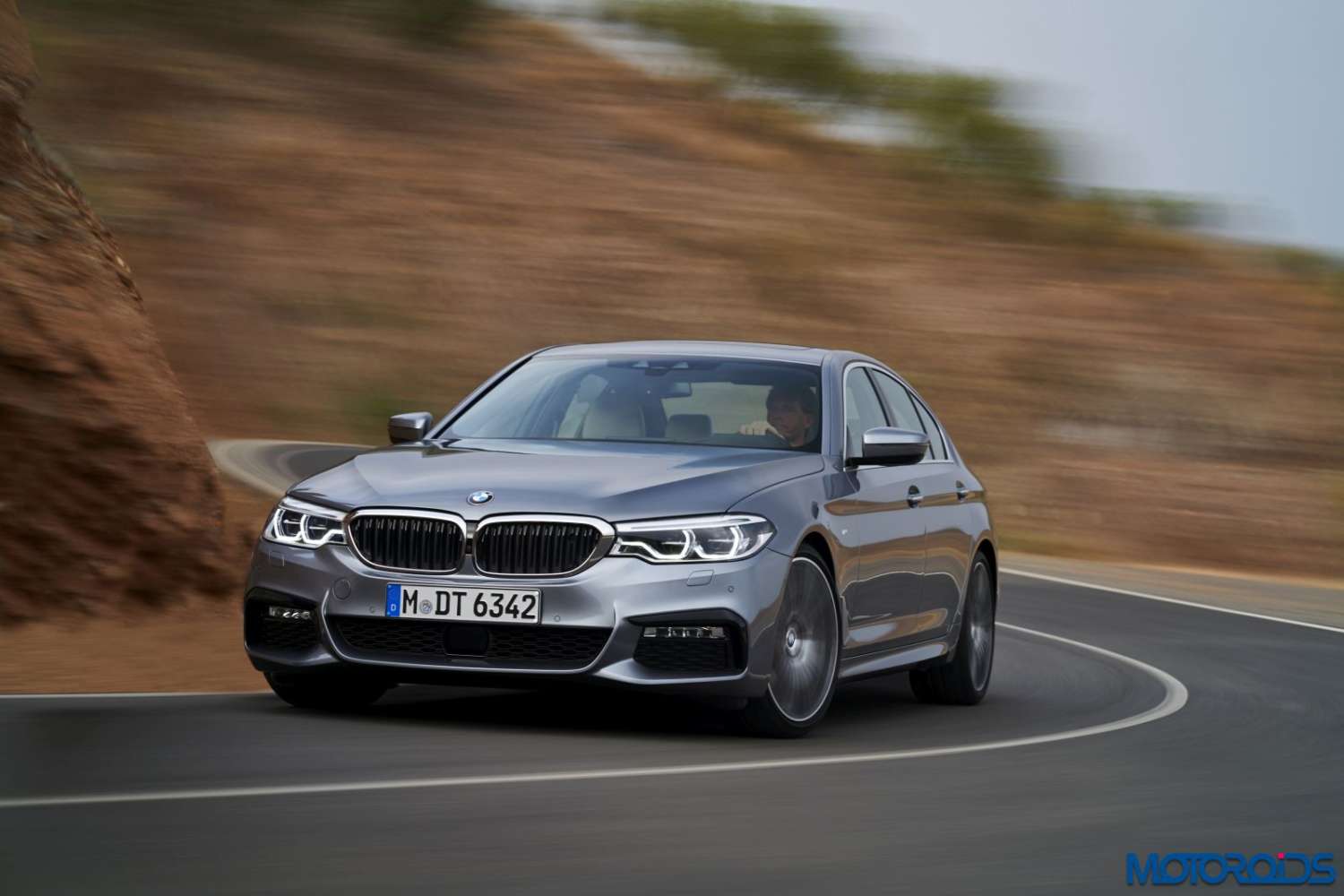 German luxury automobile manufacturer BMW has officially unveiled the 2017 5 series sedan ahead of its launch in the global markets in February next year. Now in its seventh generation, the mid size executive saloon (code-named G30) inspired from the flagship 7 series is expected to arrive at Indian shores in 2017.

The new chassis weighs 100 kg lesser than its predecessor, courtesy being the higher use of aluminium and high-strength steels. Dimension wise, the 2017 5 series is 36 mm longer, 6 mm wider and 2 mm taller than the outgoing model while the wheelbase also increases by 7 mm. 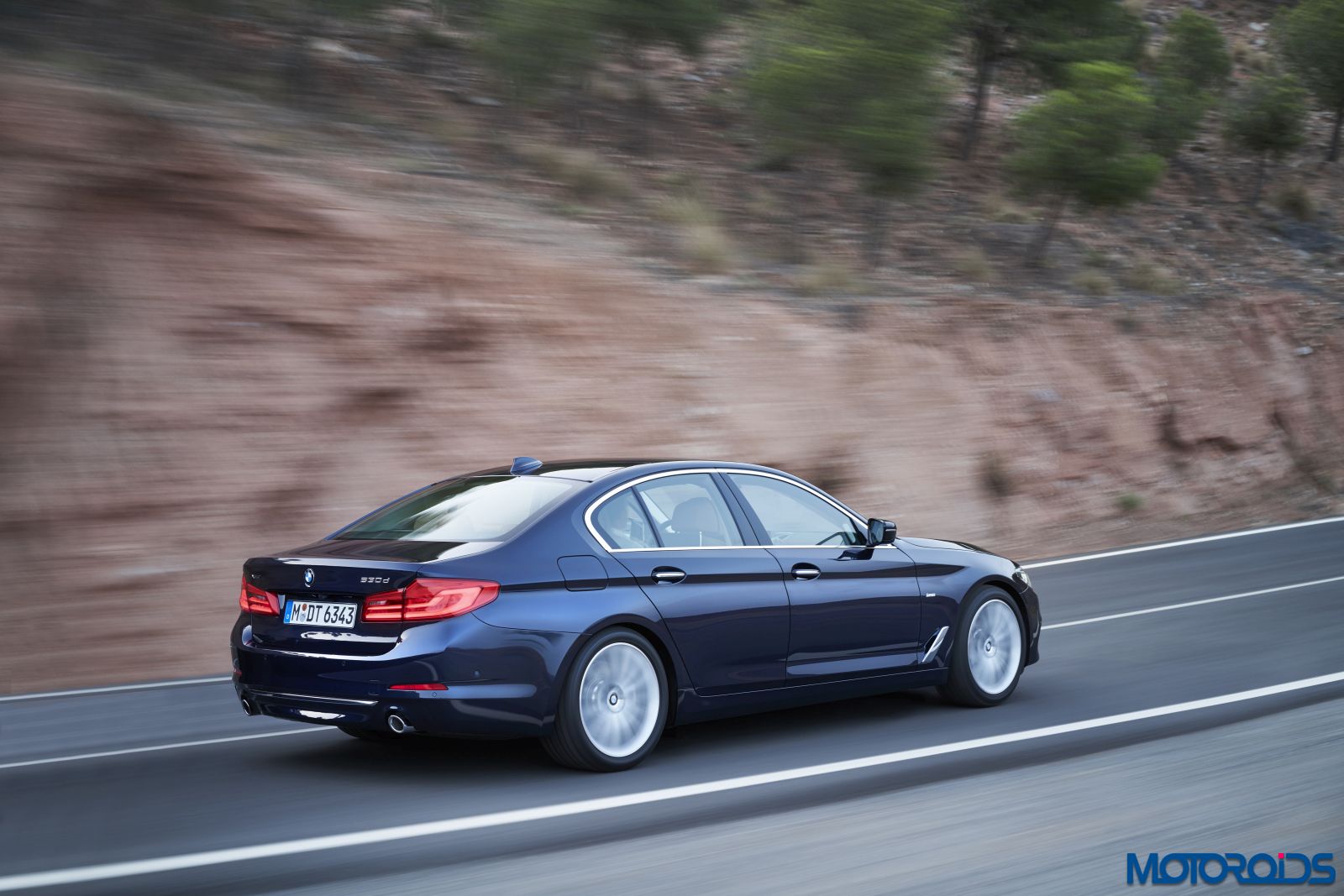 Visually, the model receives the signature kidney grille flanked by LED headlamps upfront while adaptive lights are available as an option. According to the brand, the swage line turns up as it heads rearwards, moving from shadow to light and sweeping up the Hofmeister kink in its path rather than continuing into the rear on either side. The posterior comes equipped with LED tail lights, repositioned dual exhaust pipes that will be available in a circular, trapezoidal, rectangular or quartet shape based on the model chosen. The 2017 BMW 5 series can be had in 21 different shades with flavours including metallic, frozen and BMW Individual apart from an array of 17 inch to 20 inch tyres. Also on offer would be Sport line luxury line and M-Sport packages. 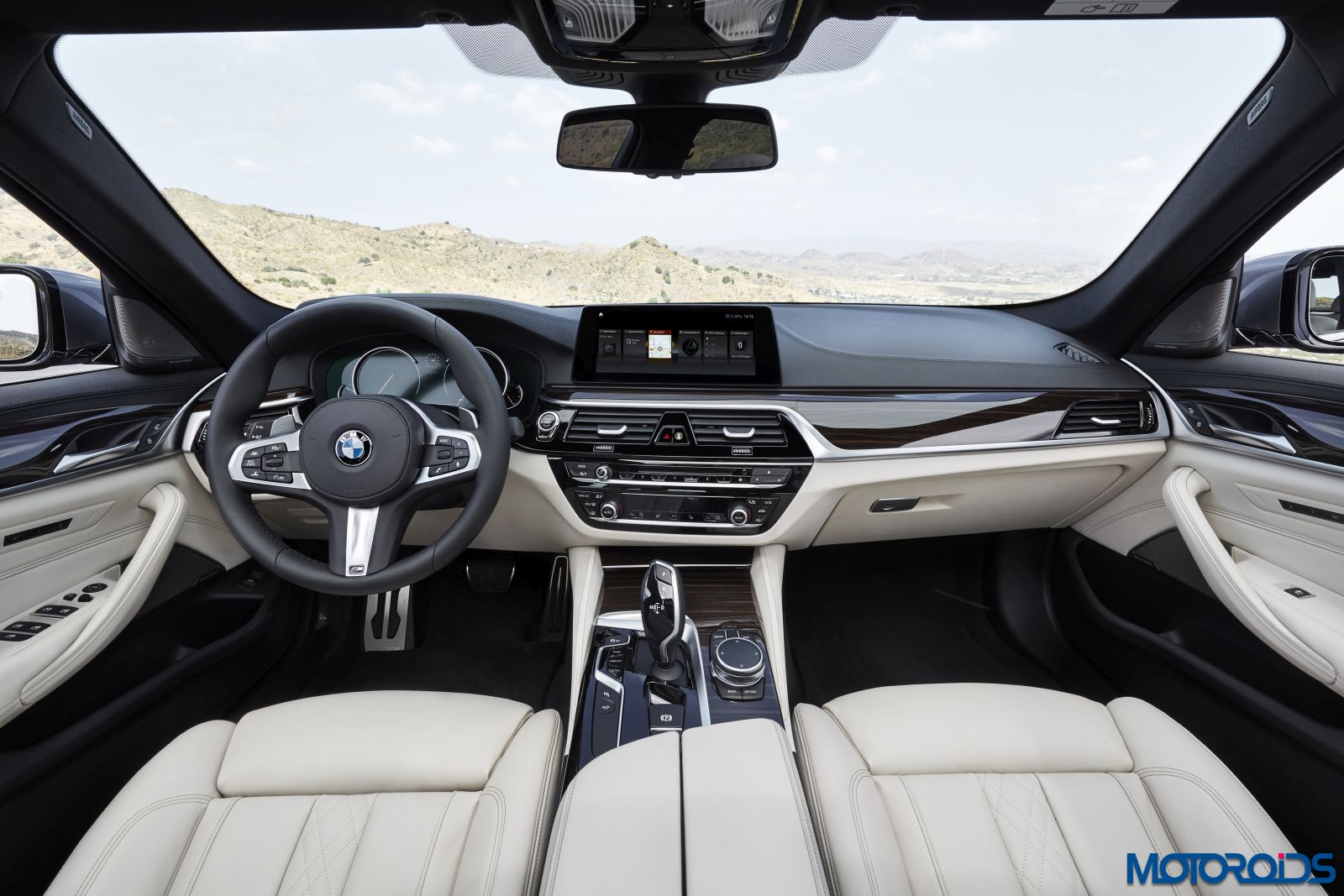 Moving on to the cabin, the 2017 BMW 5 series receives a 10.25 inch iDrive infotainment system that features gesture and voice control apart from the conventional touch of a button, an 800×400 pixel Heads-Up Display that said to be 70% larger than the outgoing model, two zone climate control (four zone available as an option), ambient air package, ambient lighting with 6 colour options and dimming levels. The seats, which are available in Dakota or Nappa leather, come with a massage functionality that can be programmed in eight different ways and three intensity levels. The models can be had with a 600 watt 16 speaker Harmon Kardon music system or a 1400 watt 16 speaker Bowers & Wilkins system. The boot space now boasts of a larger 530 litre capacity with an automatic open and close function. Better smartphone integration comes courtesy Apple CarPlay, while the 5-er can now wirelessly charges your phone while offering Wifi hotspot for a maximum of 10 devices.

Safety aspects are well taken care of as the new 5 series include Lane Change Assistant, Lane keeping assist with active side collision protection (upto 210 kmph), Active Cruise Control (ACC) and intelligent Auto Start Stop function. The ParkNow technology by BMW has also been incorporated and with the Parking Assist, which helps detect empty spots and park the vehicle automatically. Optionally, the Remote Parking system allows the user to park the 2017 BMW 5 series using the car key. 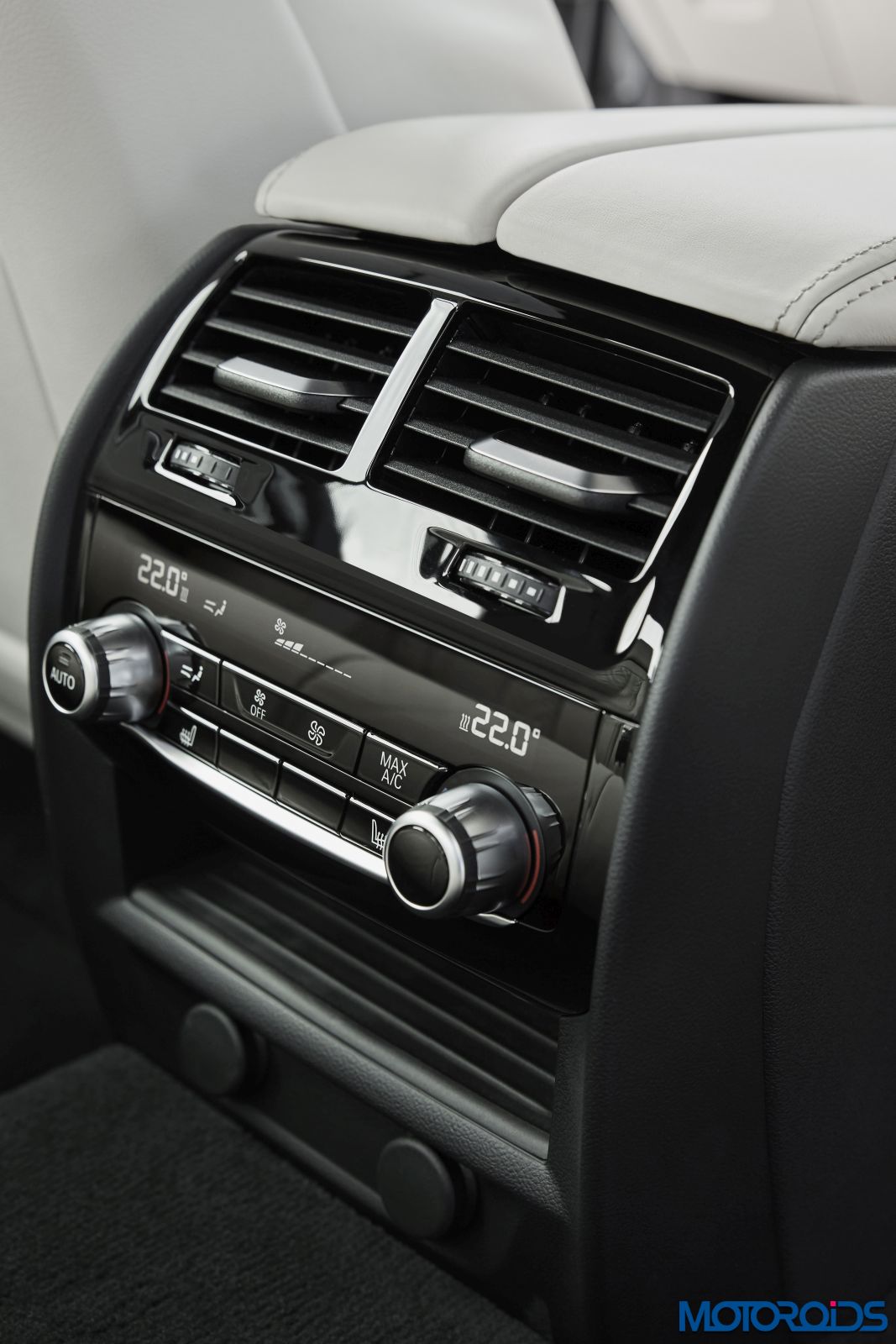 The 2017 BMW 5 series will be available with two petrol engines and two diesel engines when launched. The two litre four cylinder engine on the 530i produces 252 hp and 250 Nm of torque which helps it accelerate from 0-100 kmph in 6.2 seconds. On the other hand, the three litre six cylinder engine on the 540i is capable of producing 340 hp and 450 Nm of torque making it capable of sprinting from 0-100 kmph in 4.8 seconds. 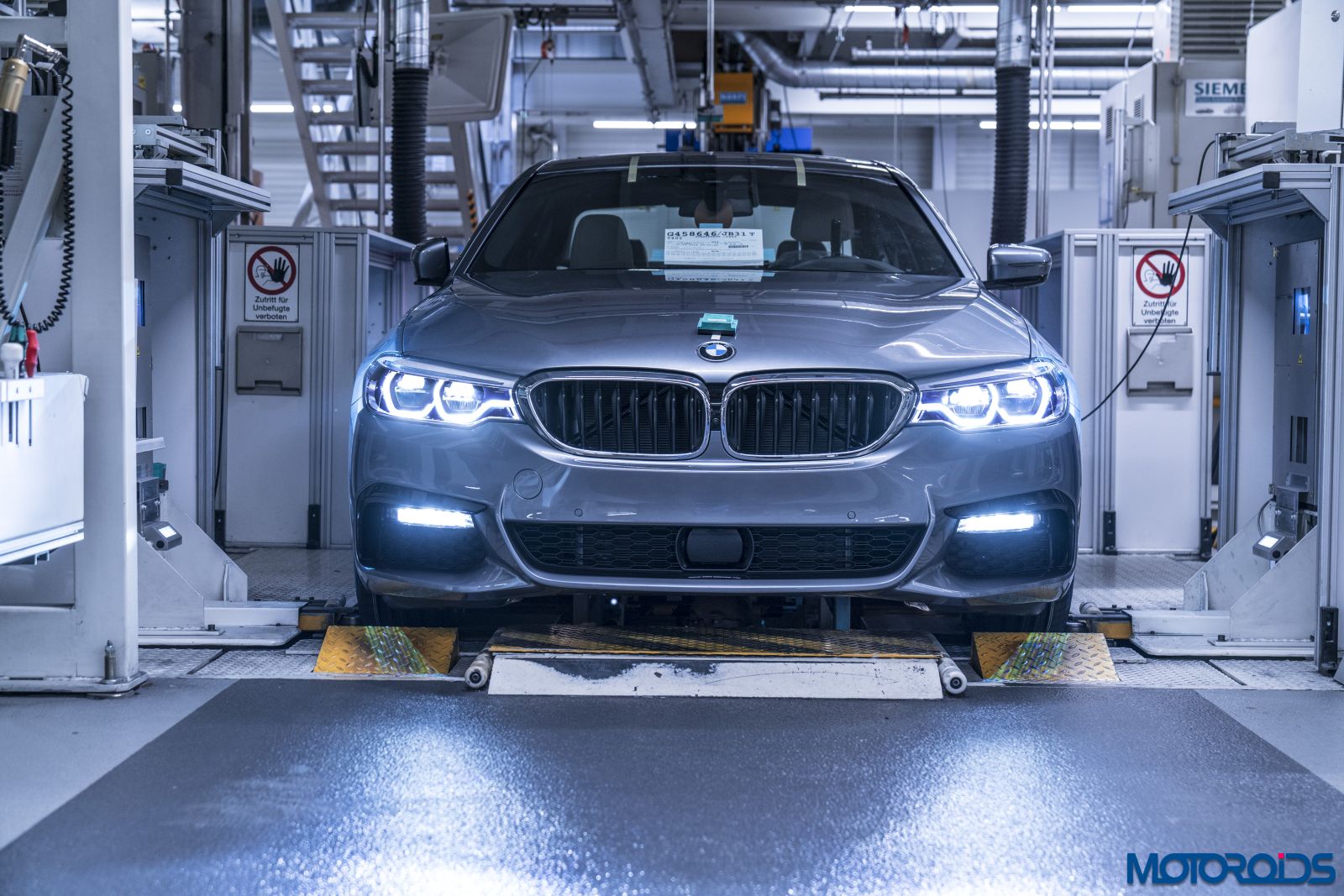 Coming to the diesel trims, the four cylinder diesel engine on the 520d is tuned to produce 190 hp and 400 Nm of torque while the six cylinder diesel engine on the 530d produces 265 hp and 620 Nm of torque. Transmission duties are taken care of by a six speed manual transmission or an eight Speed automatic triptronic transmission. The former is capable of completing the 0-100 kmph run in 7.6 seconds up to a top speed of 237 kmph while the latter sprints from 0-100 kmph in 5.7 seconds all the way to a top speed of 250 kmph. All the aforementioned engines will come with an xDrive variant as an option. 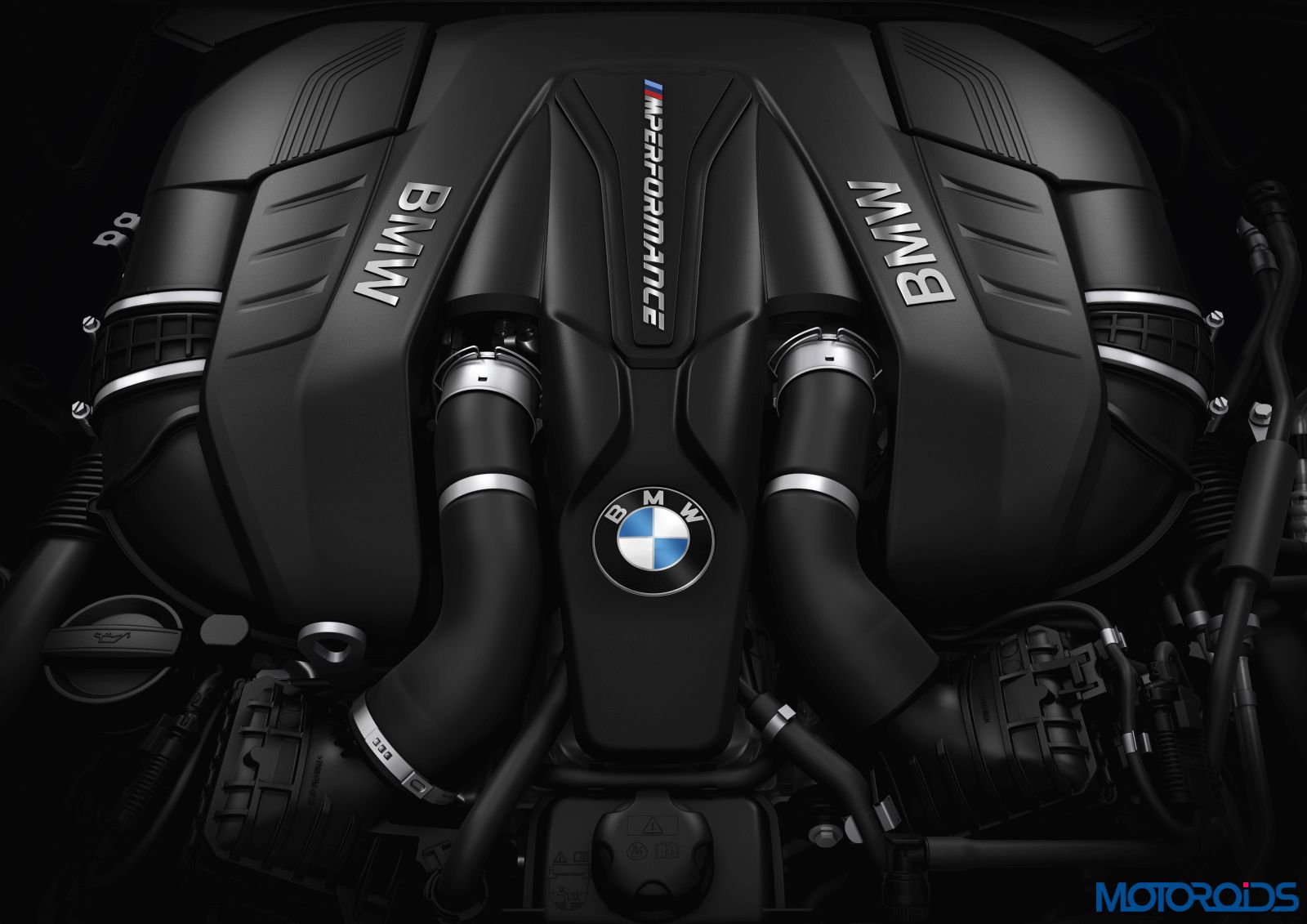 Also joining the line-up later will be three engine variants including the 520d Efficient Dynamics edition that will return a better fuel economy than the standard version, the 530e iPerformance edition that will be a plug-in hybrid and the M550i xDrive.

Following is the mega image gallery of the 2017 BMW 5 series: