Fifteen years after enthralling us with its ‘The Hire’ original series, BMW Films is back with what seems like an action packed ride on the new generation G30 BMW 5-series. BMW Films recently released the trailer of the new film along with a behind the scenes sneak peak (both clips after the text). The 30 second trailer of the new film – The Escape – stars Oscar Nominated actor Clive Owen who is reprising his role as ‘The Driver’.  Owen is joined  by Dakota Fanning, Vera vermiga and Jon Bernthal in the act and what ensues is some copybook Hollywood action comprising, cops, cars, choppers, guns, crashes and by the look of it, a bunch of terrorists too.

Launched in 2001, BMW Films’ “The Hire” was a series of eight online short films starring Clive Owen as a driver for hire. Each film was a unique story. Directors for the series included luminaries such as David Fincher, Guy Ritchie, Alejandro González Iñárritu, and John Woo behind the camera. The shorts starred celebrities such as Madonna, Gary Oldman and Mickey Rourke, F. Murray Abraham and James Brown. Those films are still remembered for offering some of the very best motoring action.

The Escape is essentially a short film directed by Academy Award nominated director Neill Blomkamp who has movies such as District 9 and Elysium to his credit. Bruce Bildsten is the Creative Director, with Brian DiLorenzo as Executive Producer and David Carter, who co-wrote the film with Blomkamp.  The Escape will premiere on Sunday, October 23, 2016 at 6:00 p.m. EST on BMWFilms.com. 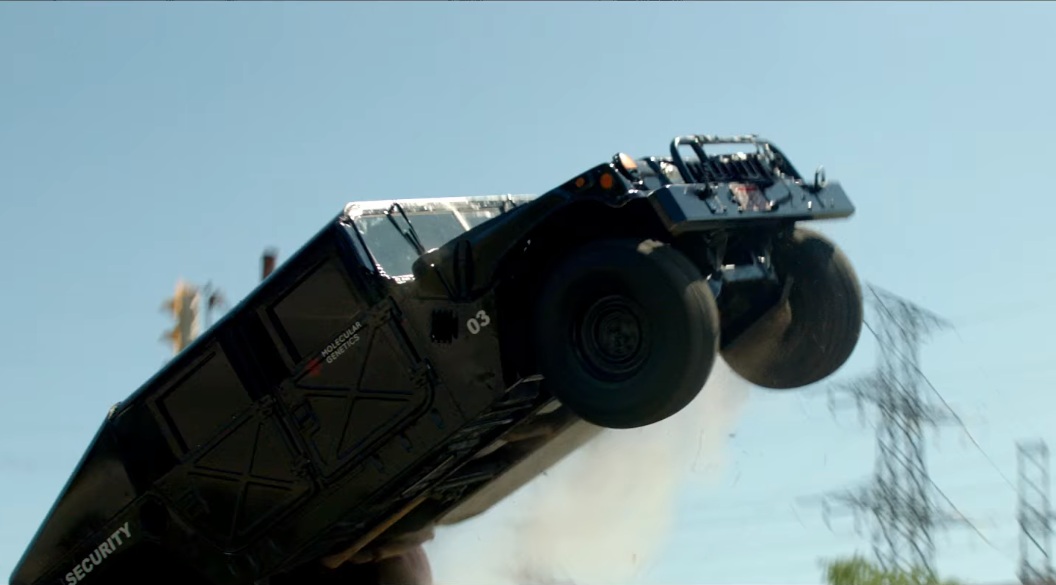 We cannot make much of the plot looking at the trailer, though we’re sure it’s going to be one hell of a thrilling ride looking at the setting and the scale at which its been shot. The trailer tries to build some tension and gives us a glimpse of the some heavy duty action that the film would comprise of. Check out the trailer below followed by a sneak peak video about the film. Don;t forget to share your comments, or use one of the social channels to talk to us.