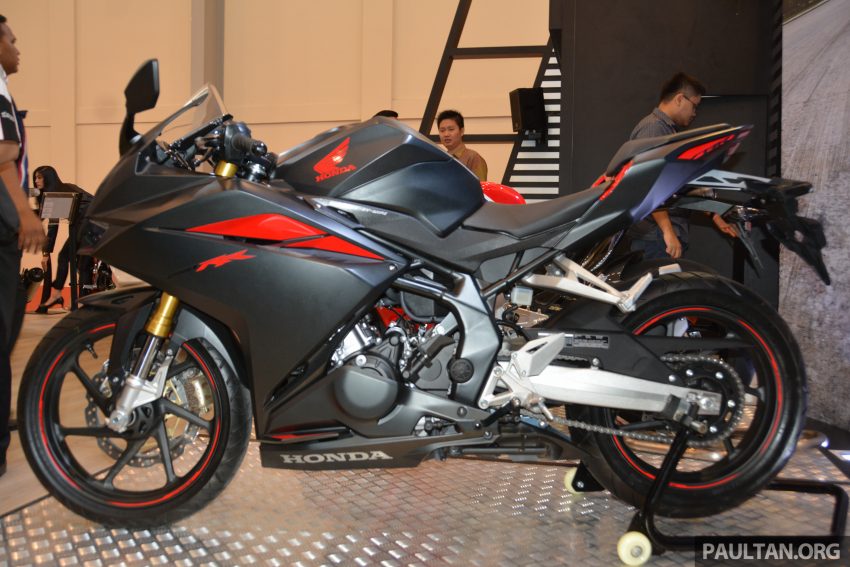 Japanese manufacturer Honda had displayed the eclectic new CBR250RR concept at the 2015 Tokyo Motor Show. The model dropped jaws when it was revealed in its production form during a bloggers meet held last month, and has now made its way to the ongoing 2016 Gaikindo Indonesia International Auto Show (GIIAS).

Also read: Customised Honda CBR250RR shares the stage with the standard model, sweeps us off our feet

Powering the motorcycle is a 249.7 cc four stroke four valve straight-twin DOHC motor which sends power to the rear wheel with the help of a six speed transmission. Power figures are yet to be disclosed even as it is likely to be in the range of 35 hp while the instrument panel on the motorcycle shows a redline of 14,000 pm. 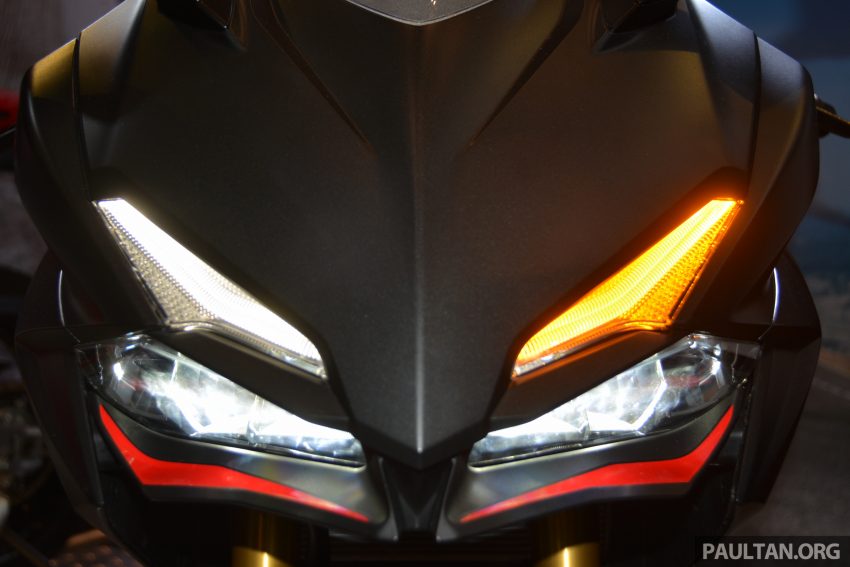 Once launched, the model will be available in 3 colour schemes – Mate Gunpowder Metallic, Racing Red and Anchor Grey Metallic. The new Honda CBR250RR will soon take on the likes of the Kawasaki Ninja 250 and the Yamaha R25. The model will be launched in the Japanese market as well. Unfortunately though, the new CBR250RR will not be making its way to India anytime soon , according to a senior official from HMSI.

Following is an image gallery for the Honda CBR250RR showcased at the GIIAS: