Home Concept Bikes Customised Honda CBR250RR shares the stage with the standard model, sweeps us off our feet 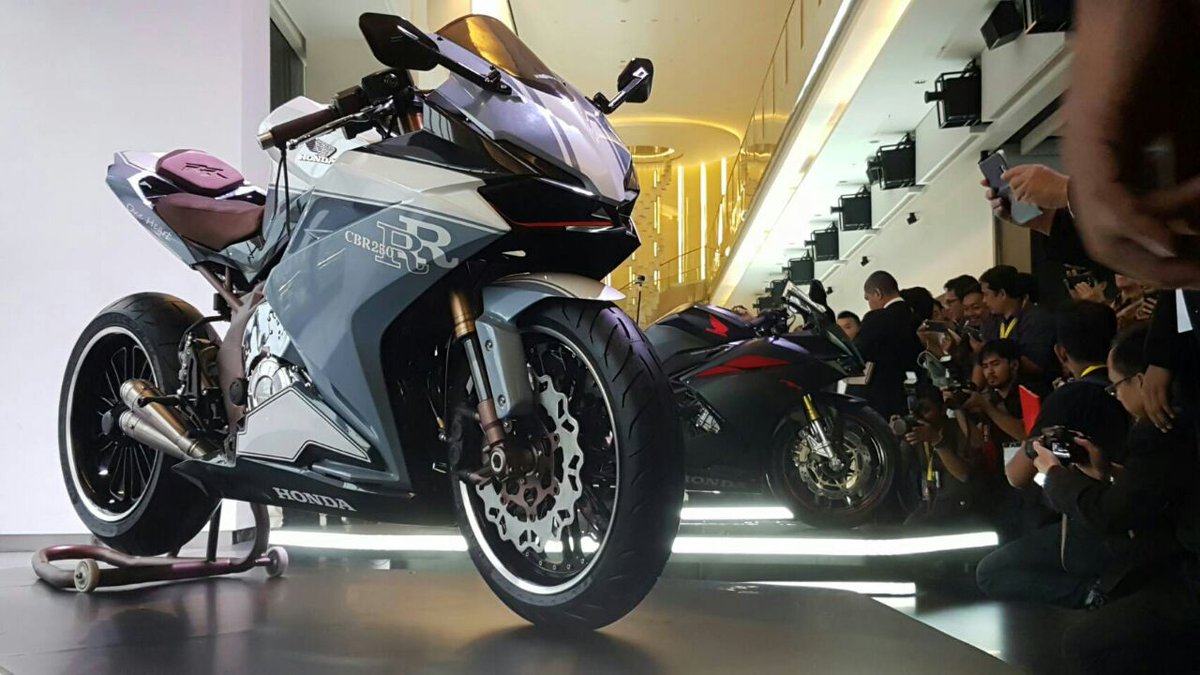 Honda unveiled its much awaited quarter-litre, the CBR250RR, at an event held in Indonesia. But what also shared the stage with the CBR250RR was a customised version of the new quarter-litre and it looked like a piece of art, to say the least. 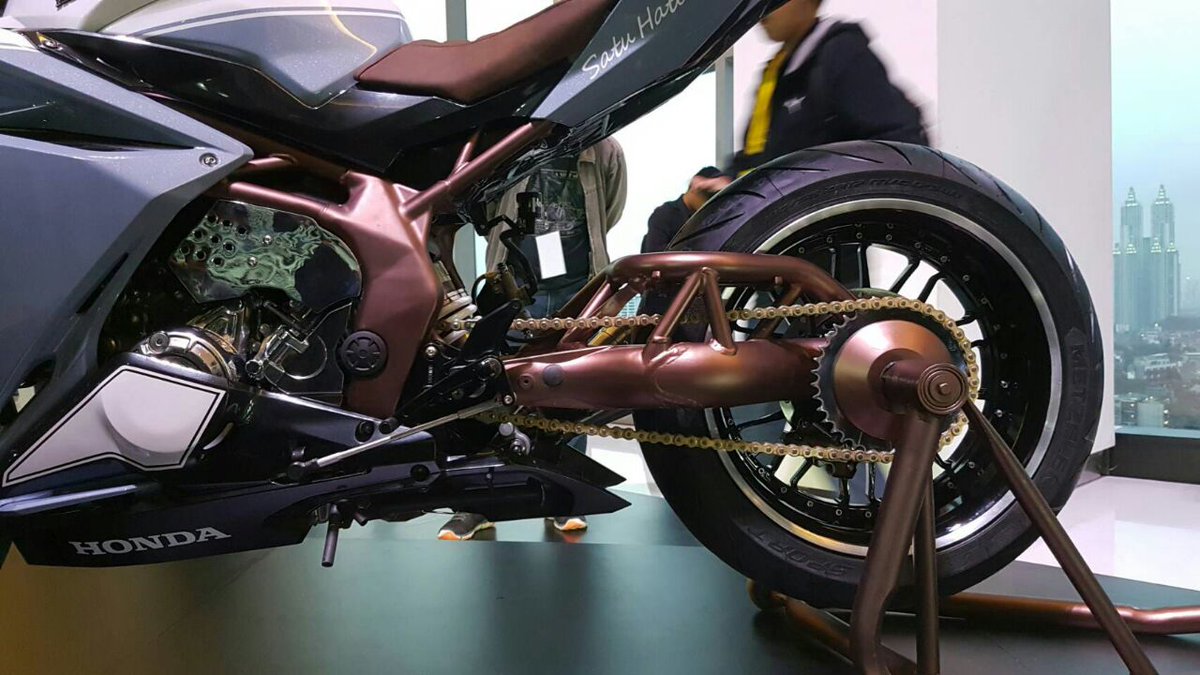 The customised CBR250RR gets a white-blue dual paint scheme which is further enhanced by bronze highlights on the chassis, front fork, brake disc, seats and swingarm. The swingarm, unlike the conventional unit on the standard model, is a single-sided tubular unit. The motorcycle dons a single-seat setup while the pillion seat is covered by a cowl to accentuate its sporty character. The customised CBR250RR also gets different wheel design. The dual-outlet single-sided exhaust pipe has been replaced by a shorter megaphone-style after market unit. Unlike the standard model, this custom model gets a dual petal disc setup at the front. The motorcycle also gets custom leather handle grips.

What can be better than this customised? How about a sinister looking, carbon-fibre equipped sibling. 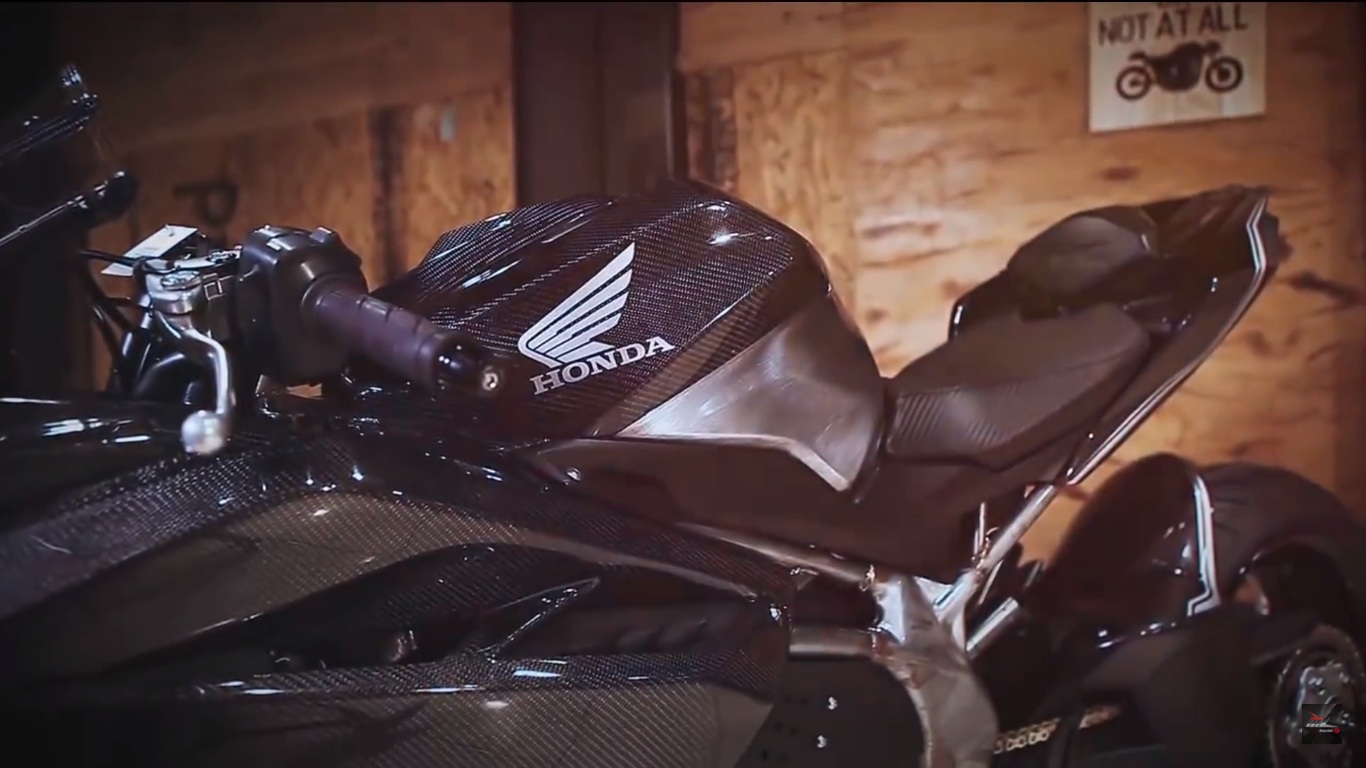 Yes, there were two customised motorcycles at the event in Indonesia and we were introduced to the carbon-fibre equipped version courtesy YouTube channel MZ Crazy Cars. Both the motorcycles were customised by Baru Motor Sports/Custom Concept Industries who were appointed by Astra Honda Motor for the job. This bad-ass, all black CBR250RR gets carbon-fibre treatment on the fairing, fuel tank extensions, fenders and rear panel. While this carbon-fibre equipped model also gets single sided swingarm, unlike the blue and white model, it isn’t a tubular unit. The carbon edition also misses on petal discs. 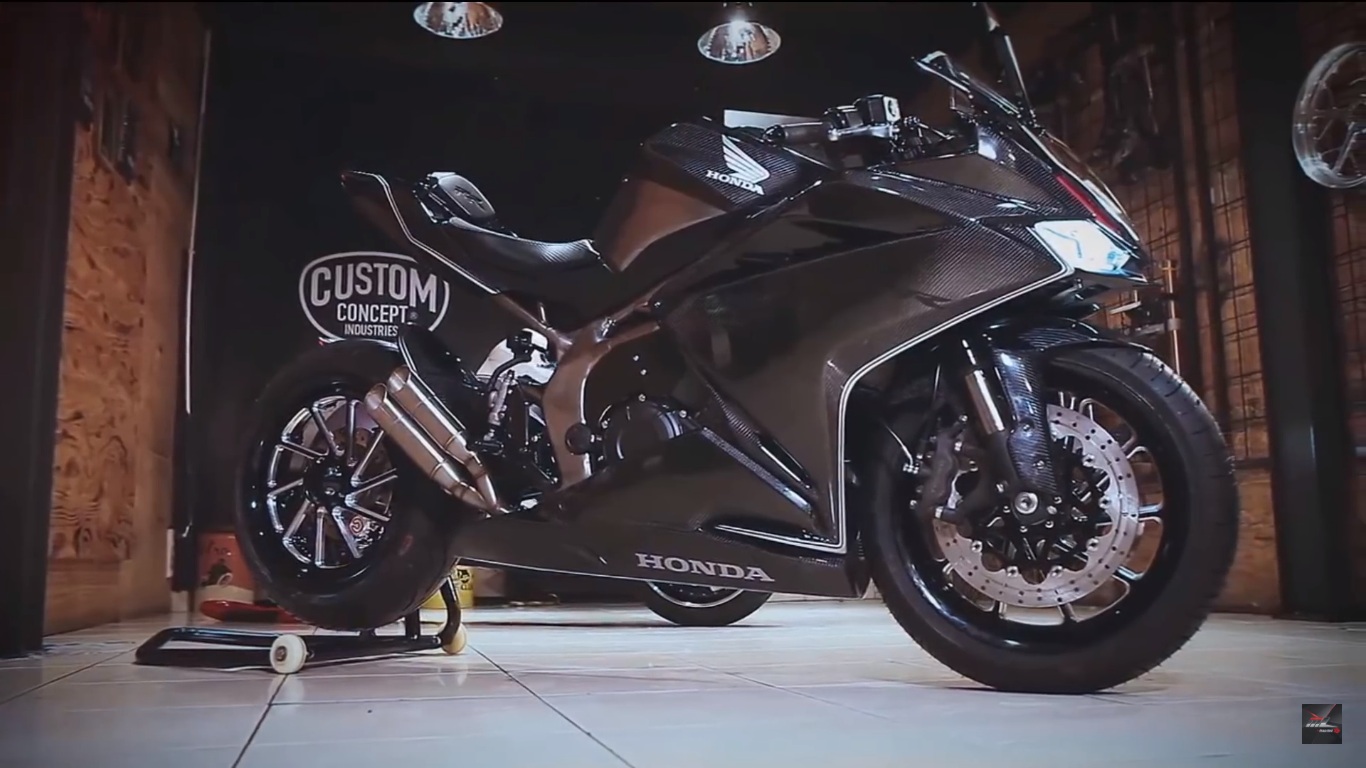 The customised CBR250RR’s are one-off models, made to order for Astra Honda Motors. What will propel this customised model? Most probably the stock motor. The standard CBR250RR draws power from a 250cc liquid-cooled 4-stroke 4-valve straight-twin DOHC motor which comes mated to a six speed transmission. Honda has remained tight-lipped about the performance numbers but expect the power output to be around 35 bhp which is in the range of what the current breed of quarter-litres from Japan are delivering.

Check out the customised Honda CBR250RR, along with its sinister sibling, in the video below. Do let us know your views through the comments section below.:

Here is the exhaust sound of both these custom models: