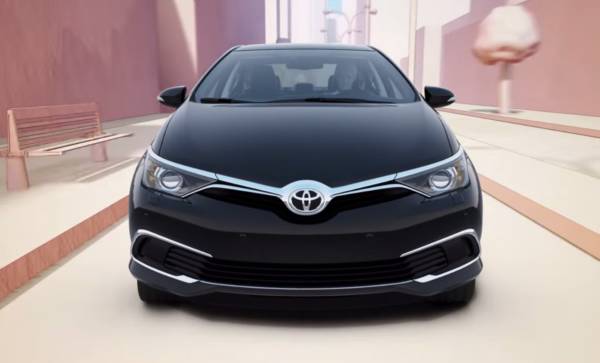 The latest version of the Corolla Altis, as we know it in India was introduced rather recently. We would have liked to think that Toyota would wait at least for a couple of years before making any changes to the model. However, in a recent video released by Toyota’s Serbian subsidiary, highlighting Toyota’s safety and security features – the company seems to have intentionally revealed the next upgrade for their global bestseller.

The video features a computer-graphics generated world with a life-like video of a car exhibiting Toyota’s Safety Sense systems. The car in the video shares its proportions, size and most of the lines with the current Corolla. Even the rear exactly matches the current gen car. 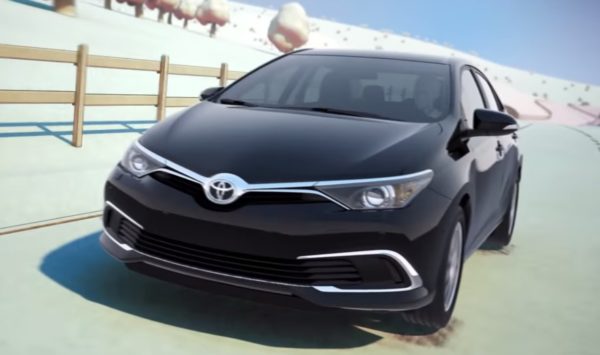 The biggest change on the exterior of the new car is the radiator grille, air dam and the chrome inserts on its flanks. The triple slat chrome grille on the car has been replaced by a slim, single slat unit which bifurcates into two as it approaches its flanks. The headlamps have been restyled, too.

The angular sides of the front bumper have been rounded on the alleged facelift. The front bumper also features a wide single air dam with horizontal creases inside. It’s surrounded by thick chrome on the sides and a slimmer lining at the bottom. 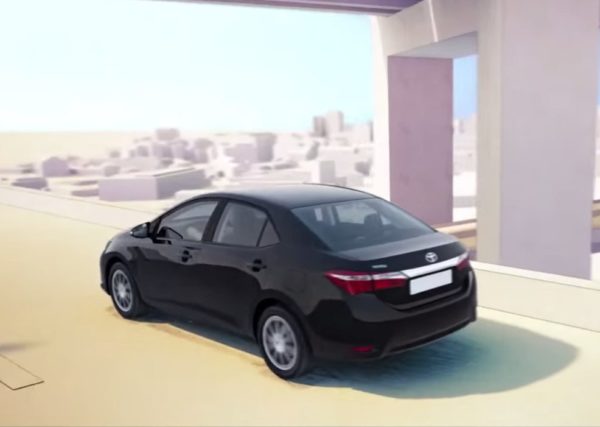 The sides of the new car lose the prominent waistline crease for a cleaner, plain look. It’s at the rear, though, where the car in the video mimics the current gen car almost to the tee. The tail-lights and the slightly thicker chrome garnish above the registration plate are almost the same as on the current model. The rear bumper, however, has been rounded on the sides just like the front unit. The changes seem to be inspired largely by the new generation Auris.

The interior of the car also seems to have been overhauled and now showcases more premium bits. We cannot see a tacho on the instrument console, though it’s because the car in question is supposed to be a hybrid. The interior, just like the exterior seems to be similar to the Auris, the Hybrid version in this case. This may also be a subtle hint that the carmaker is willing to introduce hybrid tech to its most popular model to date. Here’s the video

Since the entire video is computer generated, we cannot be absolutely sure that the car showcased is an upcoming facelift. As mentioned earlier, though, the similarities with the current gen model are just too striking to be overlooked.

Would you like the Corolla to metamorphose into the model shown in the video? How do you like it? Do let us know your thoughts.