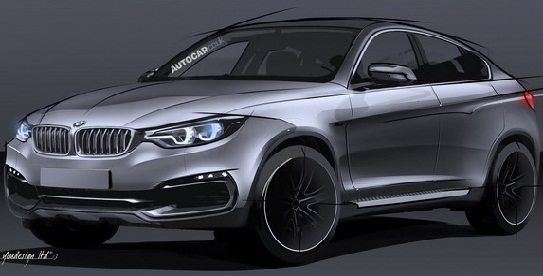 The BMW X6 can safely be credited with being the first coupe–crossover ever and such is the impact of the X6 that many car makers, including arch rivals Mercedes and Audi, are busy with developing their own coupe-crossovers.

BMW has already taken notice of this development and is busy with readying the next generation BMW X6. The all-new BMW X6 should be out by the end of 2014 and will go on sale in early 2015.

The new 2015 BMW X6 will come with a more aggressive styling and will be a tad larger in size. The upcoming X6 will also be lighter than the current car and will be based on a shortened version of the all-new BMW X5’s chassis.

The new 2015 BMW X6 will come with a new ‘FlexRay’ system that will allow electronic upgrades to both the infotainment system and the new chassis.