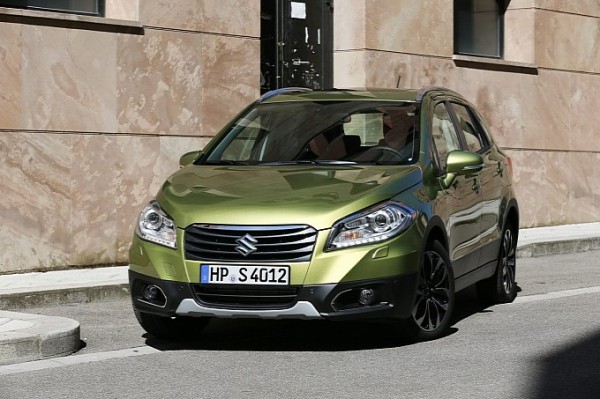 The 2014 Suzuki SX4 S-Cross has been regularly making news and today, we have more details of the new gen SX4 crossover from Suzuki.

The new Suzuki SX4 S-Cross, which made its first public appearance at the Geneva Motor Show earlier this year, has become almost a shoe size bigger and features a completely new styling, which is keeping in line with Suzuki’s latest designs.

The new SX4 will compete with Nissan Qashqai and the likes.

So far, there have been plenty of speculations regarding the new car’s engine options. However, Suzuki recently decided to put them all to rest and announced the car will come with a 1.6 litre naturally aspirated petrol engine that will have a max power of 120hp and peak torque of 156 Nm. The car also gets a Fiat sourced 1.6 litre MultiJet engine for the diesel variants. This engine too has a max power of 120hp. However, the peak torque is rated at a much higher 320 Nm. Both the engines will come mated to a five speed manual transmission.

The 2014 Suzuki SX4 S-Cross will soon go on sale in European markets and the car will be produced at the car maker’s Hungary manufacturing facility.

The new gen SX4 is sure to come to us but only when it spawns a sedan variant.