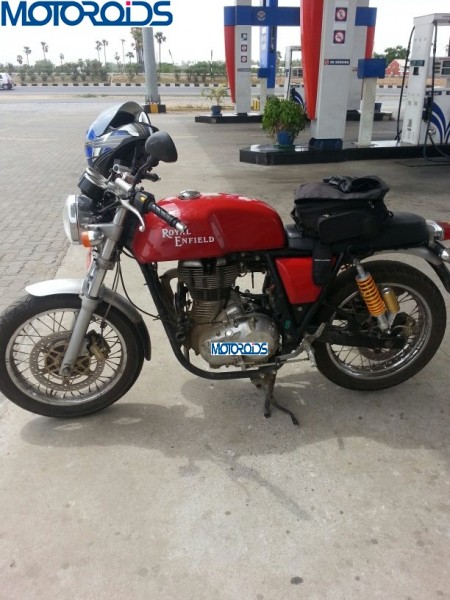 Remember we recently posted almost a dozen spy pics of the highly awaited 2014 Royal Enfield Continental GT535 Café Racer? Back then, it seemed that the Cafe Racer might come with as many as 3 different seat layout options. Now, it has emerged that the Royal Enfield Continental GT535 Cafe Racer would first go on sale in the UK, where the deliveries of this bike could commence in September. With this, UK would become the first country to have the much awaited RE on sale. 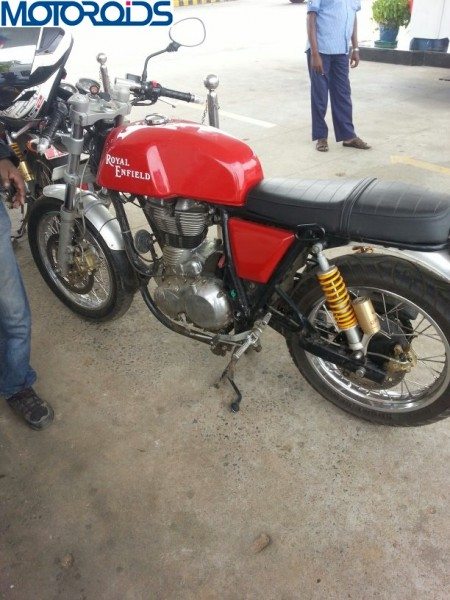 The 2014 Royal Enfield Continental GT 535 aka Cafe Racer is looking poised to soon become the fastest-ever production Royal Enfield. The bike is also looking all set to become the lightest production RE bike of recent times. It may be noted that the bike will be built around a new, lightweight, double cradle frame that will help in keeping the weight under a check. The new bike will be around 15kgs lighter than the Thunderbird 500. 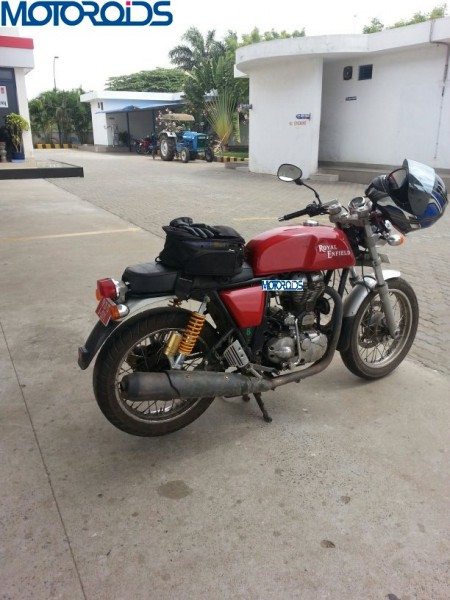 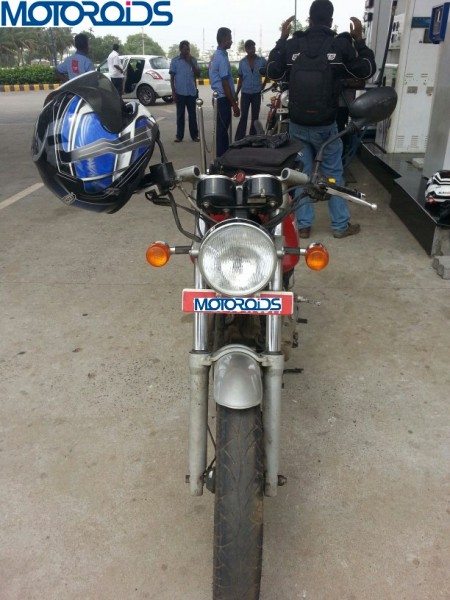 Powering the upcoming bike will be a single cylinder 535cc UCE engine that will benefit from a bigger throttle body and a larger piston than the 500cc UCE motors of the Classic. The 535cc mill will also come with a remapped ECU and a lighter flywheel. All this should endow the bike with enough power to have a genuine 150 kmph plus top speed. The bike will ride on Pirelli tyres and will have a tubular steel constructed frame. Suspension duties will be taken care of by a set of telescopic forks at the front and a pair of Paioli gas-charged shock absorbers at the rear. As can be seen in the pics, the bike will have disc brakes on both the wheels.

The bike, in all possibility, would be priced a little above INR 2 lakhs in Indian market and could come to us towards the end of this year.