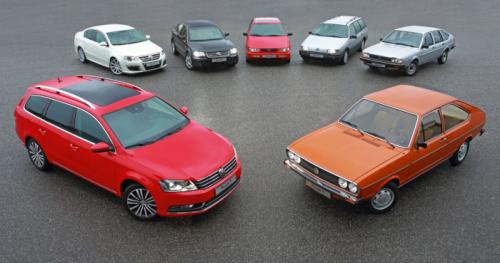 Popular German auto maker Volkswagen is celebrating the 40th anniversary of the Passat by taking a look at all the earlier models.

The Passat was first launched way back in May 1973. The original Passat was designed by Giorgio Giugiaro and was styled to suit the tastes of middle-class families. The Passat was quick to become one of the best selling cars in Germany and VW sold 2.5 million copies of the first generation model.

The next highly successful Passat was the fifth-generation model, which sent rivals running back to drawing boards and came with a fully galvanized body, a luxurious interior and an assortment of four, five, six and even eight cylinder engines.

The sixth and seven generation Passat models boast of the USPs of the earlier cars and in all, Volkswagen has sold over 20 million copies of Passat since 1973.