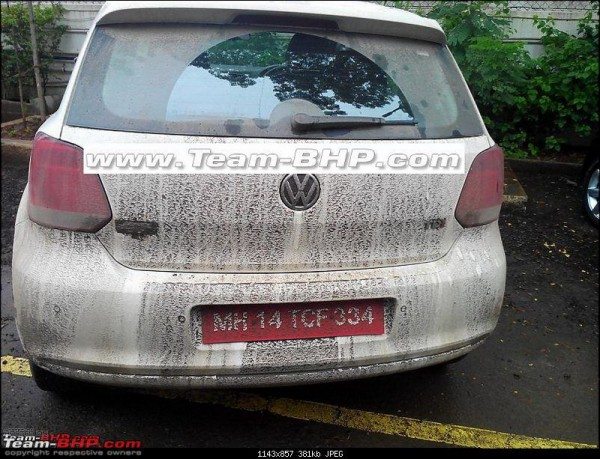 The upcoming VW Polo GT TDI has been spotted again and this time, the sighting has revealed more details of the upcoming car. It can be clearly understood that the upcoming Polo variant is aimed at those prospective hot hatch buyers who are scared of high fuel prices and hence, are apprehensive of putting their money on the GT TSI.

It is being said that this hatchback will be powered by a 1.5 litre, 4 cylinder, turbocharged diesel motor that will have power figures identical to the Vento’s 1.6 litre oil burner. This would enable the manufacturer to benefit from the excise duty cuts provided by the Govt. of India. This new engine could also make it to the upcoming VW Cross Polo. 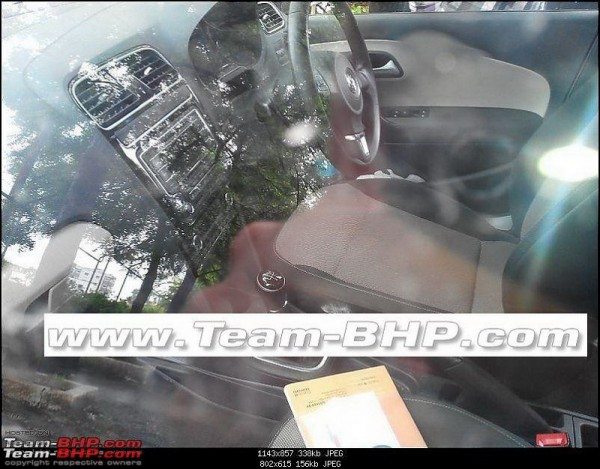 The latest sighting of the Polo GT TDI reveals that the car will come equipped with a Manual gearbox. With this, all the rumours of the upcoming Polo variant getting a DSG Automatic Transmission can be trashed.

The GT TDI, very much like the petrol variant, will ride on 15 inch ‘Estrada’ alloy wheels and will have a rear spoiler.  The spy pics also reveal that the Polo GT TDI will come with black and beige interiors and will have an option of leather upholstery.

The upcoming Volkswagen Polo GT TDI will compete with the likes of Toyota Etios Liva TRD Sportivo and Punto 90HP variant. The car is expected to be launched during the fast approaching festive season and the launch of the GT TDI variant will be followed by that of the Cross Polo.