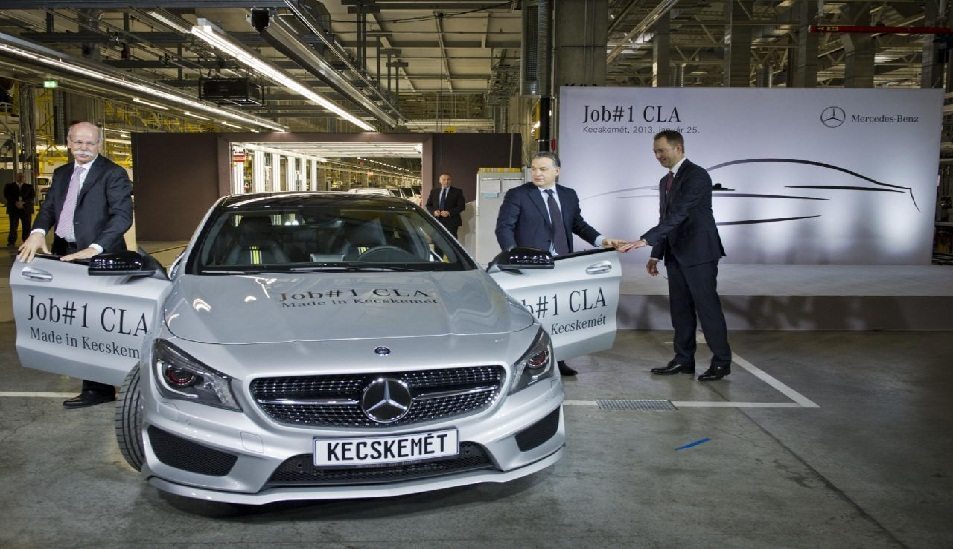 The Mercedes CLA has to be one of the most awaited new cars of recent times. The CLA, which was unveiled some time back, has now entered production in Hungary. The CLA sedan is based on the new MFA architecture and will be the cheapest Mercedes sedan to be on sale when it hits the dealerships.

The deliveries of the CLA are being expected to begin in Europe in April 2013 with the US market getting the new car sometime in September 2013. The 2014 Mercedes Benz CLA will be launched in India towards the end of this year.

The CLA will come to us via CKD route and will share a range of petrol and diesel motors with the A Class, which too will be in India by then.

The CLA will be considerable cheaper than the C Class and will take the fight straight to the Skoda Superb, VW Passat and the likes.

The CLA will come loaded with high end equipment and safety features. The new car will be one of the more potent weapons in Mercedes India’s arsenal and will help the manufacturer to reclaim the territory it has lost to BMW and Audi.