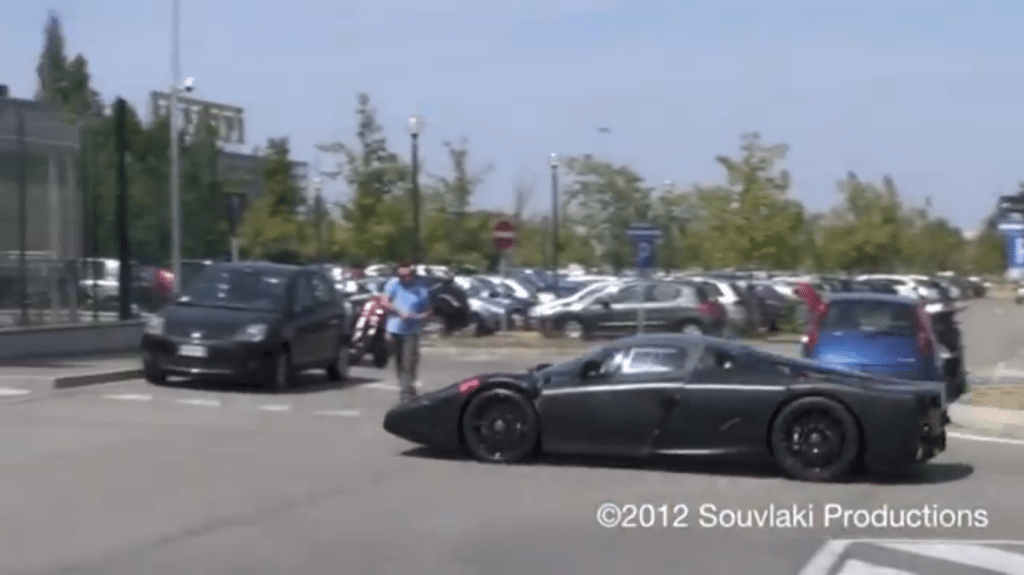 The Ferrari F 150 has to be one of the most awaited supercars of recent times. The Ferrari Enzo successor is also among the most spied supercars of current age. The good guys at WCF have once again spotted a F150 test mule and have managed to capture it on tape.

While not much is known about how the upcoming car would look like, the rear windscreen seems to be somewhat similar to the P4/5 owned by American collector James Glickenhaus.

As we have reported earlier, the Ferrari F 150 will be powered by F12 Berlinetta’s 6.3-liter, V12 engine, albeit, in a higher state of tune. It is being said that the car would have a max. power output of 740 HP. The car will also benefit from a HY-KERS electric hybrid system. The engine will be mated to a dual clutch gearbox (what else?).

The Ferrari F 150 will be introduced to the world at the Geneva Motor Show in March.