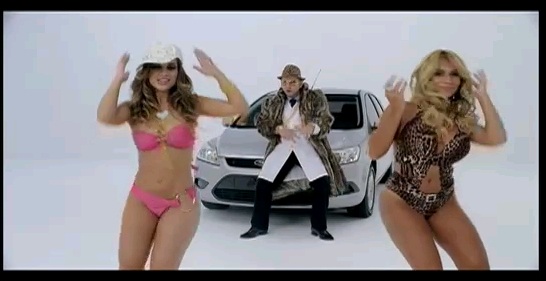 Ford has sued Nissan in Brazil for airing an ad which shows Ford engineers in poor light, depicting them as rappers indulging themselves into booze and girls from the money they made by overcharging customers. The point Nissan is trying to make is that Ford’s Focus being reasonably more expensive in the Brazilian market than the Nissan Tiida, is making Ford richer for no real reason.  Now it’s quite audacious of Nissan to have made such a direct remark, as it is up to the customer and not the manufacturer to decide what is of more value to him.

The ad, featuring a couple of pseudo rappers, dressed as Ford engineers and a few hot babes is quite an entertaining one visually. You’d love the video, even if you dont get to understand what’s being sung.