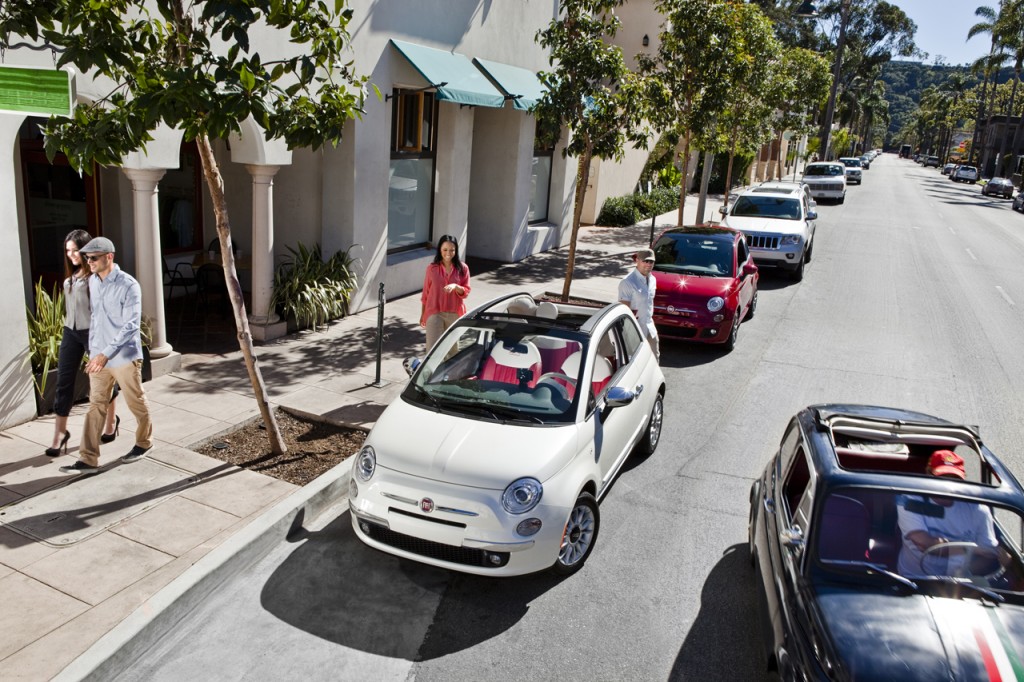 NY Show is playing host to the 2012 version of tiny Fiat 500.  The Fiat 500 which was launched in India some time back as a premium product for a very niche customer base. The 500 was supposed to attract the kind of people who would be interested in the modern variations of iconic cars such as the VW Beetle, and wont mind paying some extra money for it.

The 2012 500 incorporates a host of changes to set itself apart from its predecessor. It flaunts a unique dual layer panoramic folding top that leaves the vehicles roof arches in place. The special design protects the passengers from wind noise and poundings unlike other convertibles.

The convertible roof can drop its cover even at speeds up to 100 km\hr  plus the roof can be partially closed which now act as a large sunroof. The windshield used in this car is a taller version to give more outward visibility. The back seats can fold up to offer cargo space.

The new 500 will be powered by the 1.4 lit MultiAir four-cylinder engine mated to a five speed manual transmission expected to dish out 101 horse power. would you fancy one?