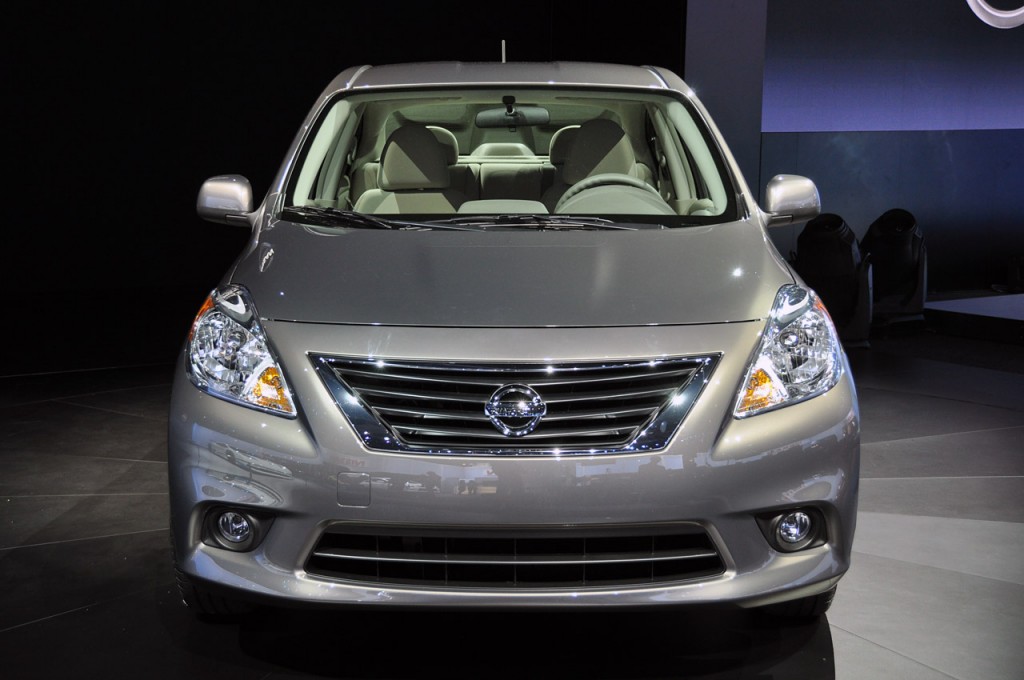 Recently we reported about the Official news of the Nissan Sunny which will be launched before this year ends. Now at the on-going New York Auto Show, Nissan showcased the Sunny which is sold under the name of Nissan Versa for the American market. Mind you the Nissan Versa outsells its American competitors like Hyundai Verna and Chevrolet Aveo. The Nissan Versa aka Sunny comes with an astounding price tag of around 4.9 – 5 lakhs for the US market! That sounds interesting because if Nissan plans to produce this car here it may come to a price of 5 – 6 lakhs which will surely give the competition a run for its money.

Nissans VP Mr David Reuter said to the media that “The Fiesta may have been getting the press, this is what was selling. We were up 20 percent last year. Our competitors have gone for sporty and styling, but that’s not what these buyers want. Subcompact buyers want a dependable, roomy car with good fuel economy, and they want the features and specs to feel they spent a lot more on a car than they did.“

The Nissan Versa aka Sunny showcased in the NY Auto Show is powered by a 1.6-liter engine mated with an auto ‘box producing peak power of 109hp and peak torque of 145Nm. The one which will make be sold in India will be probably be running on 1.5-litre four cylinder petrol engine, producing around 100bhp of peak power. Then there will be the 1.5-litre dCI which powers the Logan as well as the Nissan Micra diesel. Reasonably powerful and very torquey, this diesel mill is very fuel efficient too.