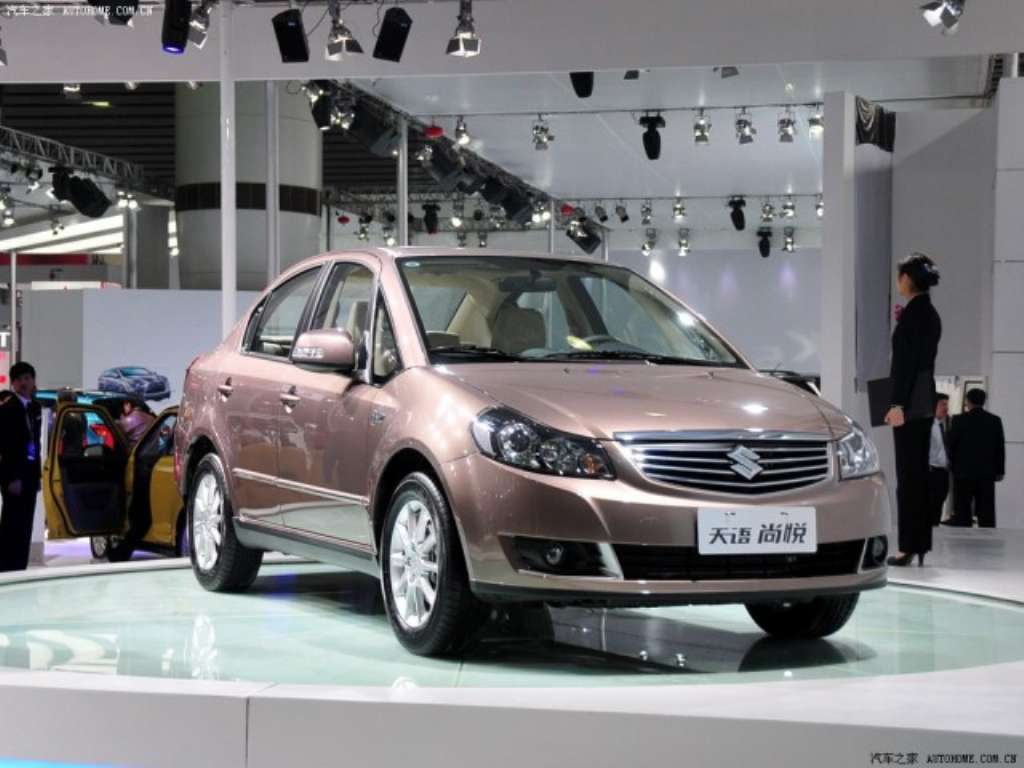 Suzuki has unveiled a face lifted version of the SX4 in the Guangzhou (Chinese) Auto Show. The new SX4 now has a slightly altered exterior and some new features in the interior. The engine and other mechanicals remain the same as the current SX4. The upgraded SX4 will most likely make a debut as the diesel variant of the car in early 2011.

The new car features an array of changes on the exterior, such as headlamps with black background. New bumper and new grille with loads of chrome, restyled fog lamps and a black under cladding all around. The car remains largely unchanged from the rear except for the same, pronounced black under cladding that gives it a sporty look.
From the inside, the instrument panel has been slightly redesigned, and more features have been added to the central console – like an SD card reader. A few other tweaks have been made to increase storage areas within the cabin.  There is also a smart key, and the rear passengers get the luxury of a DVD player as an option.
Check out the images of the new car in the gallery below