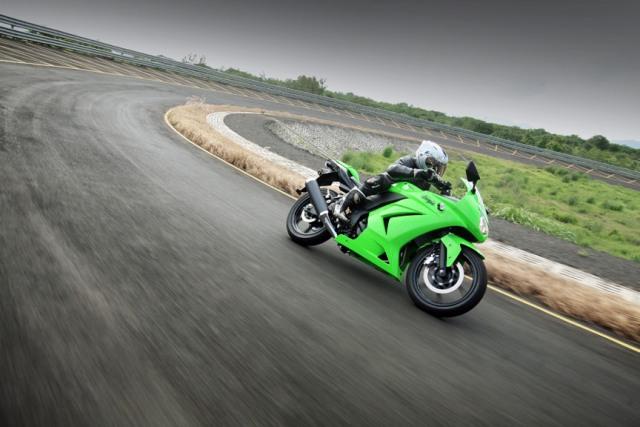 It has been a good three months since the launch of the eagerly awaited Ninja and we were a little disappointed to learn that it sold just 200 units in three months. Since the first couple of months must have enjoyed greater demand for the Ninja thanks to people waiting in anticipation for over a year, the Ninja’s sales will invariably drop to even lesser units in coming months. Even the most optimistic estimates suggest that the Ninja will sell some 600-700 units in its first year.

The sticker price of 3 lakh rupees has surely taken a big toll on the volumes of the Ninja. However, Bajaj doesn’t seem to be complaining, thanks to the healthy profit they must be making on every single bike. We just hope against hope that these low volumes don’t discourage other manufacturers from getting their own 250s into the country.