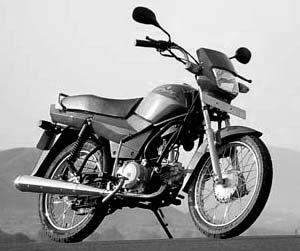 It is surprising to note that since the Nano was announced some 4 years back no bike manufacturer has thought of applying a similar philosophy to a 2-wheeler. Bajaj did have an unsuccessful attempt at such a product with the BYK but we believe that the reasons for its failure can be attributed more to the product’s shortcomings than the lack of want for such a bike.

Now it is Hero Honda who has been bitten by the ‘low-cost’ bug and has been studying the possibility of a low cost bike. The target price is said to be Rs. 20,000 for this new offering. However, the CD-Dawn is already as basic as it can be and we are still wondering what Hero Honda can possibly subtract from it to make it even cheaper?