A very unusual 1985 Ferrari 308 GTS QV, that houses a 4.8 litre, 4-cam, Ferrari V12, will be offered for sale but you’d have to be at the Silverstone Auctions’ May Sale, taking place at the Wing, Silverstone Circuit on 13th May to participate. This right-hand drive 308 GTS QV was delivered new to Maranello Concessionaires, Surrey on March 8, 1985 and was ordered in the rare colour combination of Metallic Blue Chiaro with a white leather interior piped in blue. Factory options included a deep front spoiler and air conditioning.

However, its first owner was rather disappointed with the car’s power output. The somewhat unorthodox solution was for Nigel Hudson, then at Nigel Mansell’s Ferrari main dealership network, Emblem Sports Cars, to engineer and squeeze a brand-new Ferrari 400 series V12 engine into the bay. This work was completed in the late 1980s, creating what is believed to be one of just four known 308s worldwide that boast a V12 Ferrari engine.

Also Read – Must Read: How a man sold his Isle of Man trophy to build a Ferrari V8 powered motorcycle 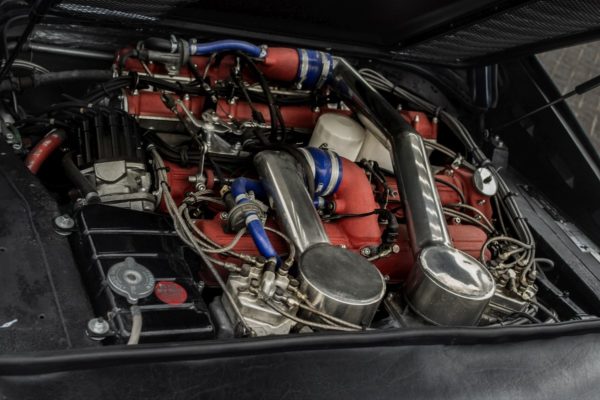 The current owner found the car in 2013, following a ten year stint in dry-storage, and it was then decided it would return to Nigel Hudson to undertake a two-year, no expense spared re-commissioning. The engine, gearbox, brakes and suspension were all taken apart and inspected by Nigel. New parts were fitted where necessary and according to the vendor, “the car drives beautifully.” The leather interior and carpets were left original and unrestored.

Estimated at between £50,000 and £60,000, included in the sale are the original books, manuals, unused jack, tool kit and a comprehensive history file. There are eight previous MoT certificates, six stamps in the service book and bills and receipts from Nigel Hudson for all recent works. 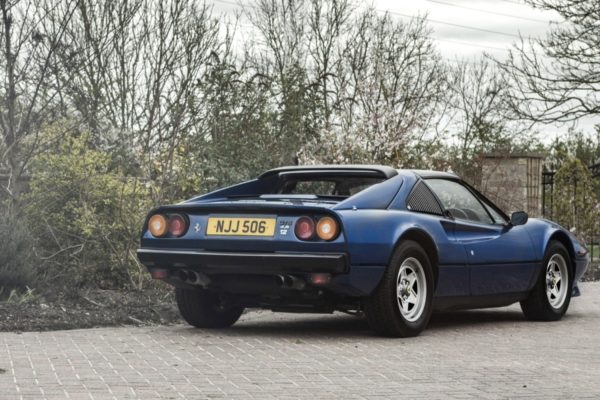 Commenting on the car, sales manager at Silverstone Auctions, Will Smith, said that the 4.8 litre, 4-cam, Ferrari V12 is known affectionately as ‘Nigel’s Flyer’. Only 233 right-hand drive, GTS ‘QV’ models were ever produced and they are considered by many to be the most desirable of all the 308 variations and the addition of a V12 makes the car even rarer.