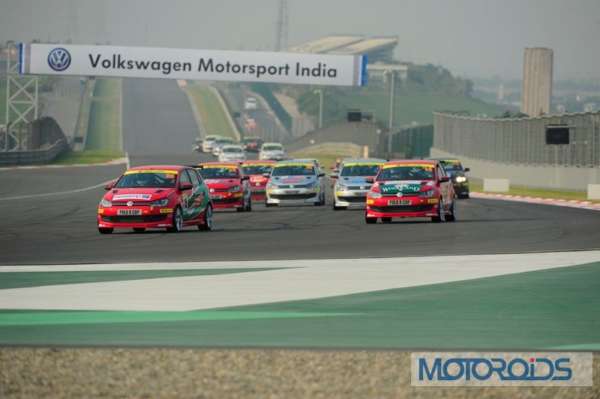 “You live more in going flat out on a bike like that than most people do in a lifetime.”  – Burt Munroe

This quote is our favorite when it comes to defining the thrill of speed and motorsports. Think motorsports in India and JK Motorsports is probably the first name that would pop up in your mind. For almost three decades, JK Tyres has been promoting motorports in the country and has given us almost all the Indian car racers who have made it to international arena. 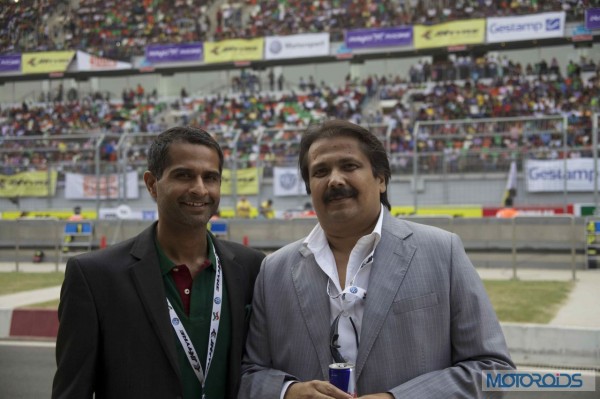 The 17th edition of JK Tyre Championship came to India’s very own F1 track – Buddh International Circuit. There were three primary races in the series – The LGB4 series, FB02 series and the Polo R Cup and then there was the Super Bike Race. It was an adrenaline filled weekend with driver like Vishnu Prasad shining through both the LGB4 and FB02 races. Races, on Sunday, saw very lose action with winners taking the chequered flags with fraction of a second lead.

The bloggers also got to chat with the rising star of Indian motorsports – Armaan Ebrahim, the green eyed boy of Indian racing who started his career with JK Motorsports and is now making his mark in the FIA GT series. He believes that the FB02 series cars are proper formula cars with the right driving dynamics, sequential gear box and power to give the drivers the required experience to race at international level. Interacting with Mr. Sanjay Sharma, Head JK Motorsports, we could feel the enthusiasm in not only the team on the ground but at the very top to make Indian motorsports to new heights.

While LGB4 cars are a great first move from a Go-kart, taking the open wheel racing one level up with a more powerful engine, the FB02 cars are giving the drivers the training and experience needed to make it to Formula 3 or other international races. In 2011, the company acquired the Formula BMW Series and rechristened it as the JK Racing Asia Series (JKRAS). With this acquisition, JK Tyre created history in Indian Motorsport by becoming the first Indian company to acquire an FIA accredited series. The series has to its credit of producing as many as six of the current Formula One drivers, including reigning two- time champion Sebastian Vettel. This series was then converted to JK Racing India Series from 2013 to give more impetus to Indian talent in motorsports. JK Tyre now stands closer to achieving its mission of bringing world-class motorsport to the Indian masses. 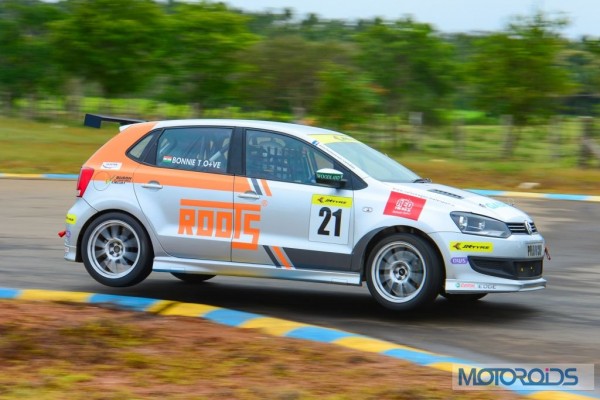 We got into conversation with Mr. Sanjay Sharma, Chairman, JK Tyre Motorsports to know more details about the company’s aims and here is what he had to say.

Q1: Could you tell us how this year’s championship is different fromRe last year?

Sharma: The races have got more intense. The competition has got tougher. And, the fans have increased. To give our competitors in the FB02 series a tough competition and a taste of international level racing we got our brand ambassadors Armaan Ebrahim and Aditya Patel to participate in the race and start from the back of the grid in this round. We introduced superbike racing from this round, so we keep adding something new.

Q2. Your company’s aim is to take motorsport to the masses. How successful you have been and what more would you like to do in this regard?

Sharma: Yes, we always did intend for the sport to reach the masses, because motorsports does indeed have it all. The adrenaline rush. The glamour. The competition. The technology. Our FB02 series is the most economical series of its kind in the world and we are trying to get more and more people involved in the sport not only in terms of participation but also watching and enjoying the sport. We are trying to reach out to people through various mediums including digital, and I am happy to say that we have got a great response.

Here are the final results of the championship:

We look forward to more races and events from JK Motorsports. Godspeed.