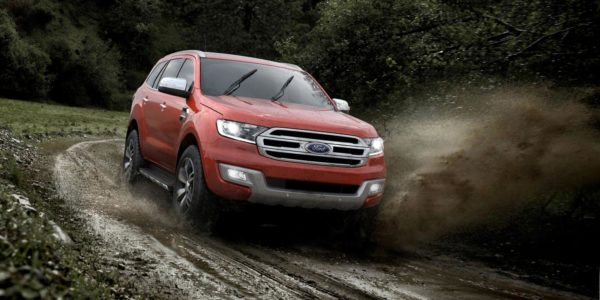 The next-generation Ford Endeavour a.k.a. the Everest has been revealed. Designed and developed by Ford’s Asia Pacific design and product development teams, the production version stays true to the Everest concept showed by Ford an year back in Sydney, apart from the addition of a few production friendly elements like the tires and head-lamp washers. The 7-seat SUV will go on sale next year, in markets like China, Australia, New Zealand, India (Endeavour), Sub-Saharan Africa and South Africa. 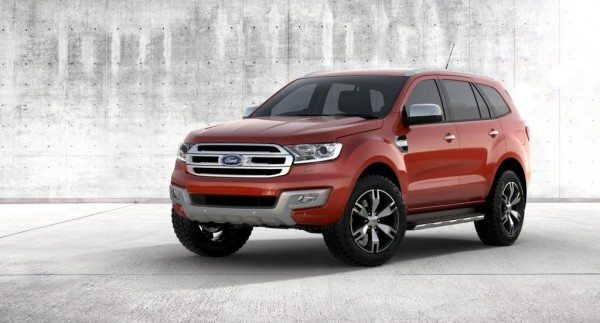 For those who like to get their SUVs dirty, the new Endeavor boasts a 225 mm ground clearance and capable is of 800 mm of water-wading. Ford’s newest crossover SUV can also hold its own when the going gets a tad mountainous, thanks to a commendable 29 degree approach angle and 25 degrees of departure. With a towing capacity of 3,000 kilos (6,613 lbs) and a payload of 750 kg (1,653 pounds), the 2015 Endeavour shows some good hauling prowess. 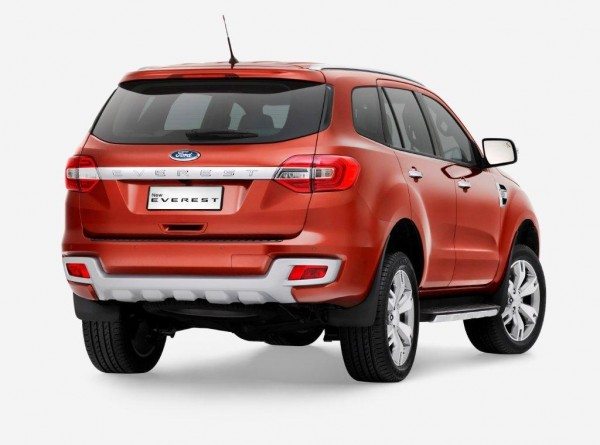 Claiming to be one of the toughest SUVs in its segment, the 2015 Endeavour has a proper body-on-frame design, providing the requisite torsional strength required for challenging terrains. It attacks the rough with the combination of an intelligent four-wheel drive system, an active transfer case with Torque on Demand, and the Terrain Management System, that gives a choice of four preset settings—Normal, Snow/Gravel/Grass, Sand and Rock—which alter the vehicle’s throttle response, transmission, intelligent four-wheel drive system and traction control to confidently tackle any situation. When the going gets really tough, one can manually lock the transfer case in low-range four-wheel drive mode for increased control. 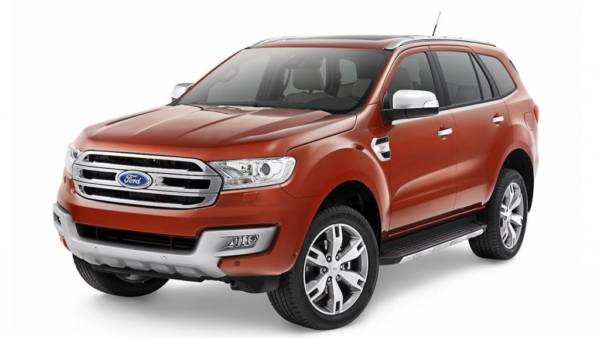 Inside, the 2015 Endeavour benefits from the latest generation of Ford’s in-car connectivity solution, SYNC 2, which lets one use natural voice commands to control the car’s entertainment system, climate controls and connected mobile devices more easily. SYNC 2 also boasts an 8-inch touchscreen with color-coded corners for easy menu navigation. The new Ford Endeavour also offers a handful of segment-first technologies, including Curve Control, designed to help drivers maintain control when approaching turns too quickly; Lane Departure Warning and Lane Keeping Aid, two technologies that help prevent drivers from unintentionally drifting out of a lane; and Blind Spot Information System (BLIS) with Cross Traffic Alert, which informs drivers when there is a vehicle in their blind spot while driving or when preparing to reverse out of parking spots. 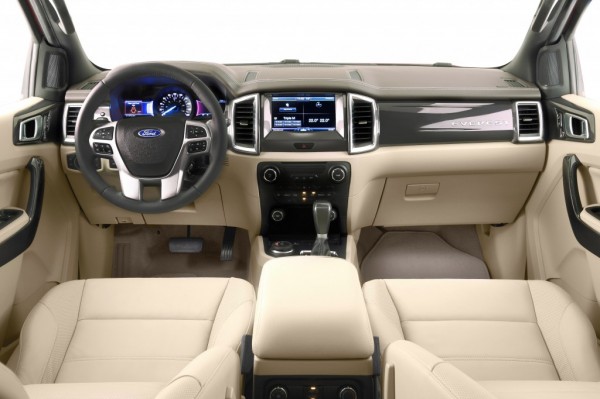 Other features include Adaptive Cruise Control, Forward Alert with Collision Mitigation, Roll Stability Control and an Electronic Stability Program, along with Active Park Assist. The 2015 Ford Endeavor will be available with a 3.2-liter 5-cylinder diesel engine, a 2.2-liter four-cylinder diesel and a 2.0-liter twin-scroll EcoBoost petrol. Power is sent to all four wheels via a standard 5 speed manual gearbox or a six-speed automatic. India is likely to get only the diesel engines. The 2015 Ford Endeavour goes on sale in India sometime next year.