You would be lying if you say you have never wished to own a car that stands out. A Ford Mustang is a car that would always stand out in the crowd, no matter what. With an ex-showroom price tag of around INR 75 lakh, it sure is a very expensive way to be different. However, someone with a Ford Mondeo thought it’s a good idea to convert the sedan into a car that mimics the look of the ‘Stang. The result is this striking red vehicle which isn’t a car you’d look at and move on. 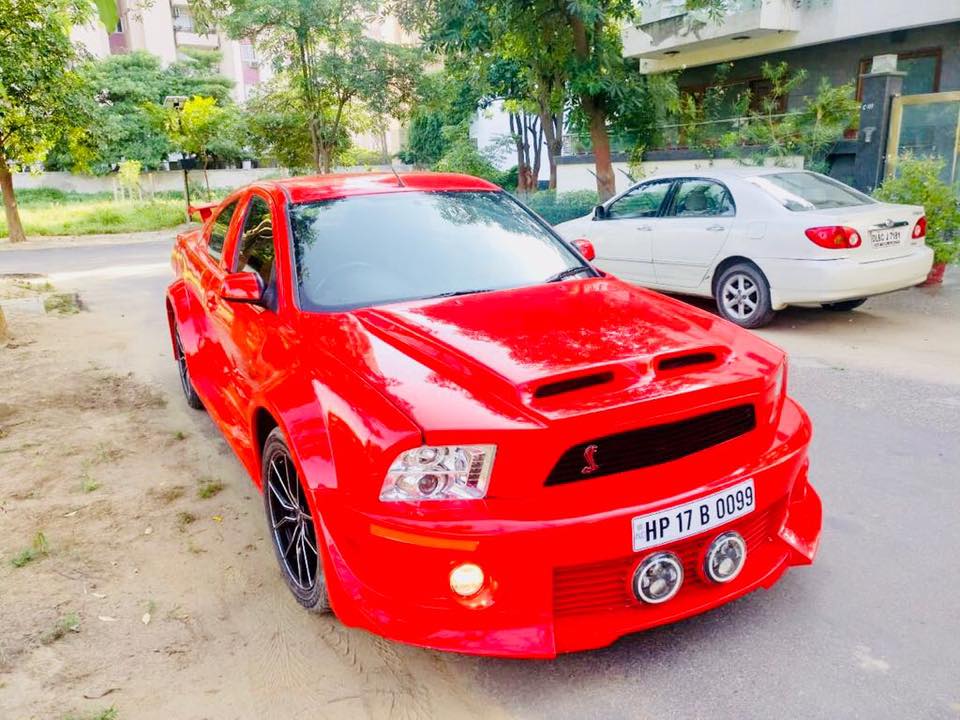 The work of folks at AV Design, this Mondeo has been transformed and it seems that except the roofline and the glass area, almost every panel of the old Mondeo has been changed for this look. The first difference to catch your eyes are the missing rear doors. Since the Mustang has always been a 2-door coupé, the rear two doors of the Mondeo have been bid adieu for this coupé style side profile. It is further enhanced by neat looking 5 alloy wheels. 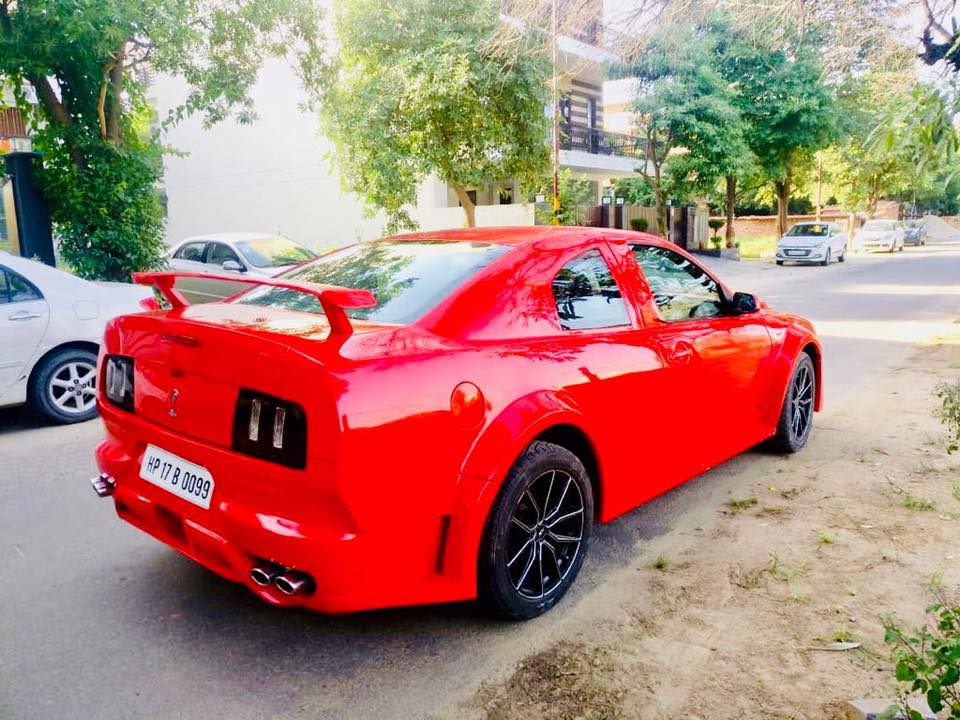 Up front, the car gets a very low stance with a new bumper and a splitter that almost touches the ground. The headlights too seem to be aftermarket units which have a projector setup inside. The front grille is very reminiscent of the fifth generation Mustang, complete with the snake on the side. The hood also appears to be an aftermarket unit with a huge intake gap from which the engine can suck in some extra air. Apart from the headlights and fog lamps, the owner has also installed auxiliary headlights which are integrated into the lower end of the bumper, in the centre. 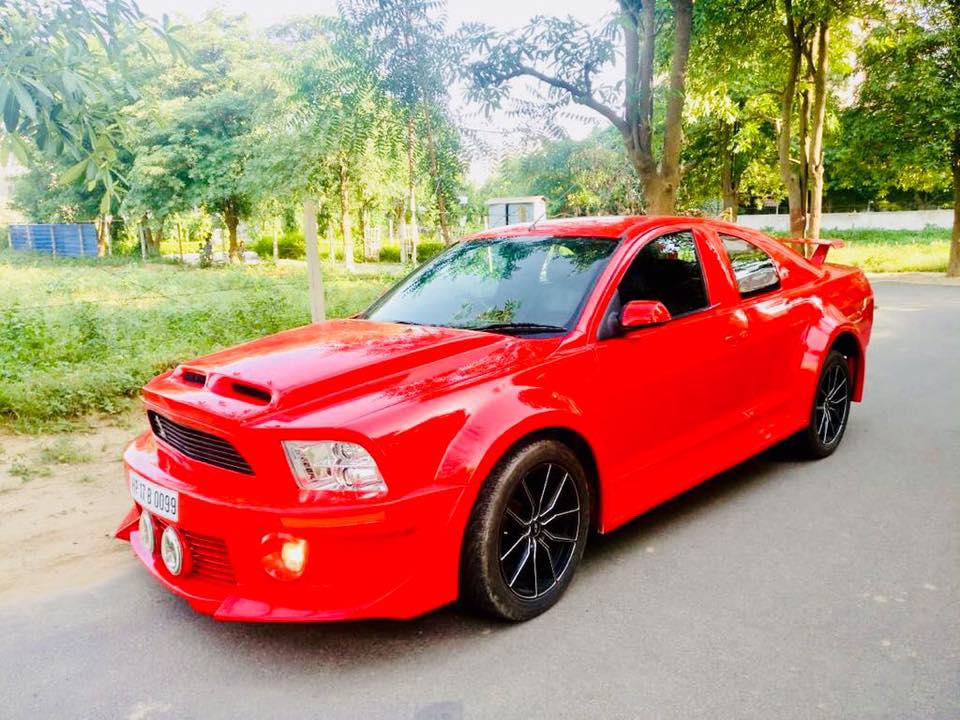 Things at the rear are equally interesting, with a number of changes. The boot lid cuts in sharply to meet the rear bumper and is surrounded by a tail light assembly, inspired by the muscle car, with two straight elements for the indicator and reverse light. Down low, in the rear bumper, you will see a total of four (two on each side) exhaust pipes which do look good but we aren’t sure if all of them are functional. A boot mounted spoiler completes the look of the rear end. 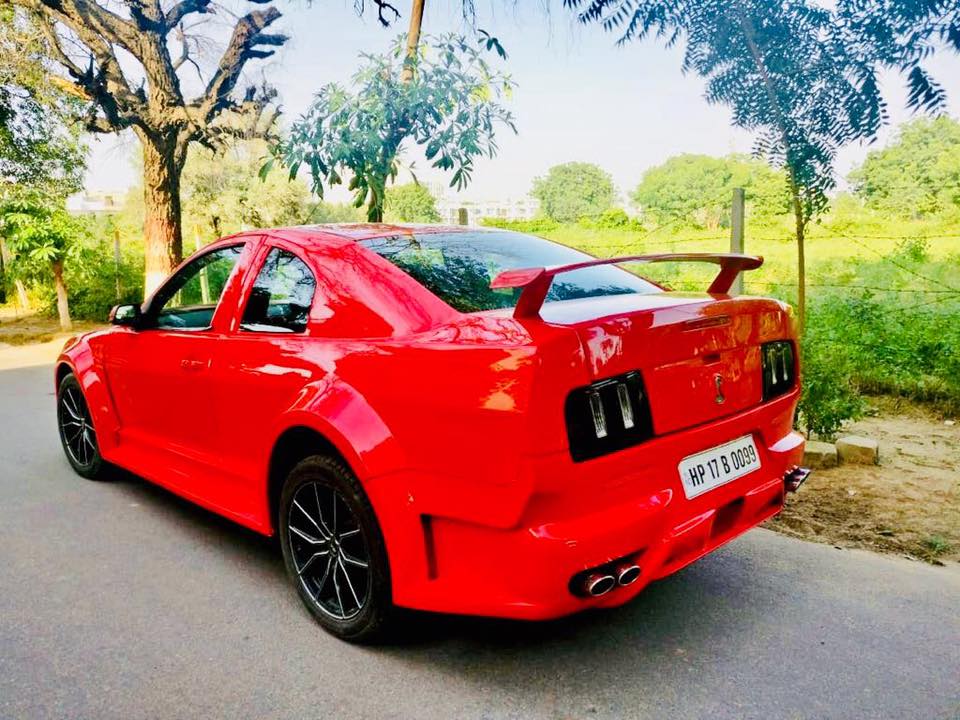 We can not comment on the modifications done to the engine of this Ford. However, when it was sold in India, it came with a choice of either a 142 hp petrol or a 128 hp diesel engine, both of which were quite exciting numbers back in 2002. When it was on sale, the Ford Mondeo was regarded as one of the best driver’s cars in India. Below are some images of this modified example of the Mondeo, do have a look.