If you’re a regular at Motoroids, you would have read about the Hennessey Performance tuned Mustang GT, which surfaced on the roads of Mumbai back in 2016. The model, at that time, was the most powerful Mustang in the country, packing 717 bhp from it’s 5.0-litre V8 engine. 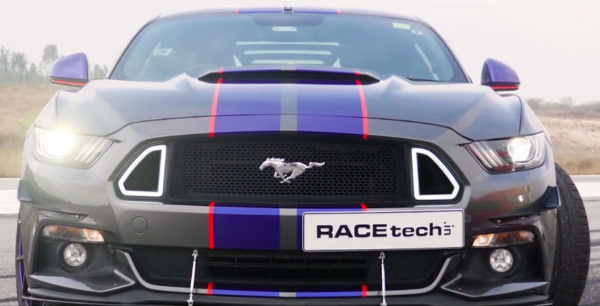 A new Mustang though, has just taken the crown away from that very unit, to currently become the most powerful Ford Mustang GT in India. Done up by the folks at RaceTech India, the Mustang GT in question receives a Roush Performance Phase 2 upgrade, taking the power outputs to a whole new level.

With the help of a supercharger among various other modifications, this Ford Mustang GT now produces 67% more power and 53% more torque than the standard state of tune. This has resulted in the power figures now standing at a massive 727 hp coming up at 6,850 rpm while the peak torque of 827 Nm is rated at 5,000 rpm. Post the upgrade, speeds of naught to the tonne can be attained in 4.7 seconds (2 seconds faster) while the 200 kmph mark comes up in a mere 13.1 seconds (7.8 seconds faster). 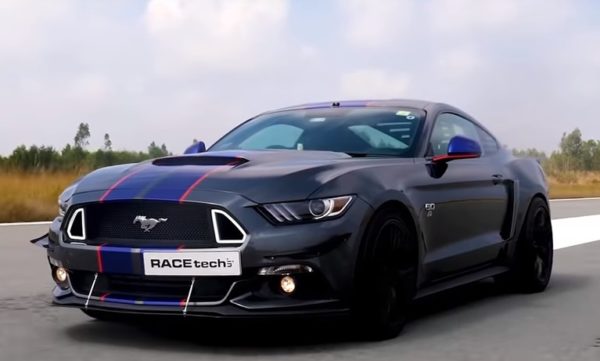 In the stock state of tune, the Ford Mustang GT produces 401 PS of power and 542 Nm of torque from its 5.0-litre Ti-VCT V8 engine. This motor is paired to a six speed automatic transmission. The Ford Mustang arrived with a price tag of INR 65 lakh (ex-showroom) when it was launched back in July 2016.