Home Modified Bikes This Modified Bajaj Dominar 400 Is All Prepared to Take on the Trails!

When the Dominar 400 was first launched by Bajaj, it gave us another worthy option in the affordable sport touring motorcycle sphere. Built on the foundation of Duke 390, it was a lot calmer than the KTM and offered a decent balance between being sporty and comfortable at the same time. Good performance on tap, linear power delivery and touring friendly ergonomics combined together to form a machine capable of munching some serious highway miles.

Now that the KTM Adventure 390 is here, we can’t help but ponder over the possibility of seeing an ADV tourer from Bajaj using the same platform. This modified Dominar 400 showcased by YouTuber Adv JVD comes close to our expectations. 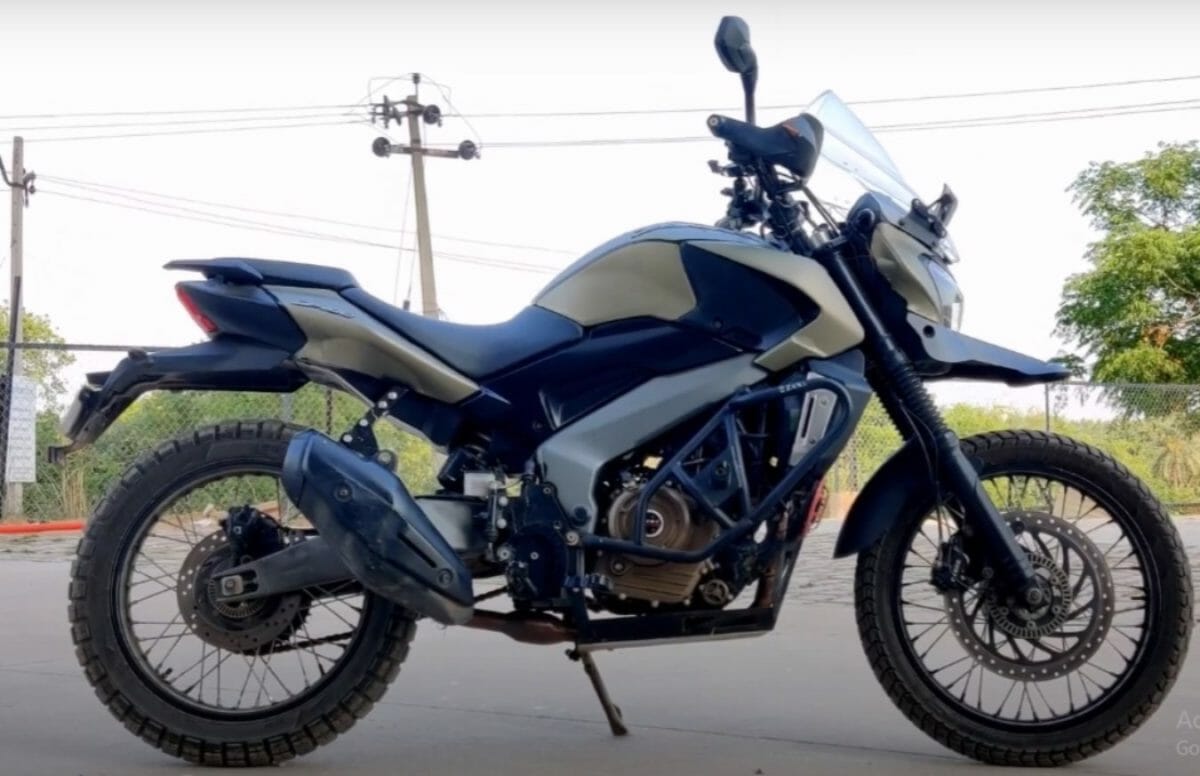 Has It The Same Engine?

The Dominar which is used for the modification is the older version of this affordable ‘power cruiser’ and derives power from 373 cc, single-cylinder, liquid-cooled, fuel-injected engine generating 35 Bhp and 35 Nm of peak torque. The whole motorcycle looks adventure-ready and deploys some functional bits which will make it fun to ride off-road. The motorcycle receives a large windscreen up front which will prove to be very beneficial to the rider by deflecting the wind away from him.

The stock mudguard has made way for a beak-type unit at the front which reflects the purpose behind this modification very well. The alloy wheels on the Dominar 400 has been replaced with a 19 inch and 18-inch spoke wheels at front and rear respectively. Spoke wheels prove to be more efficient than alloy wheels when it comes to taking a hit and that is bound to happen when you’re negotiating some tough terrains while riding off the road. The front suspension too is slightly tweaked to provide better absorption capabilities. Stock tyres that come with the Dominar 400 are more road-biased and their profile won’t help a bit when taking the trails. So they have made way for dual-purpose tyres. All the mods have resulted in increased ground clearance as well and now this Dominar 400 looks very capable even if you consider taking it out on off the beaten path! 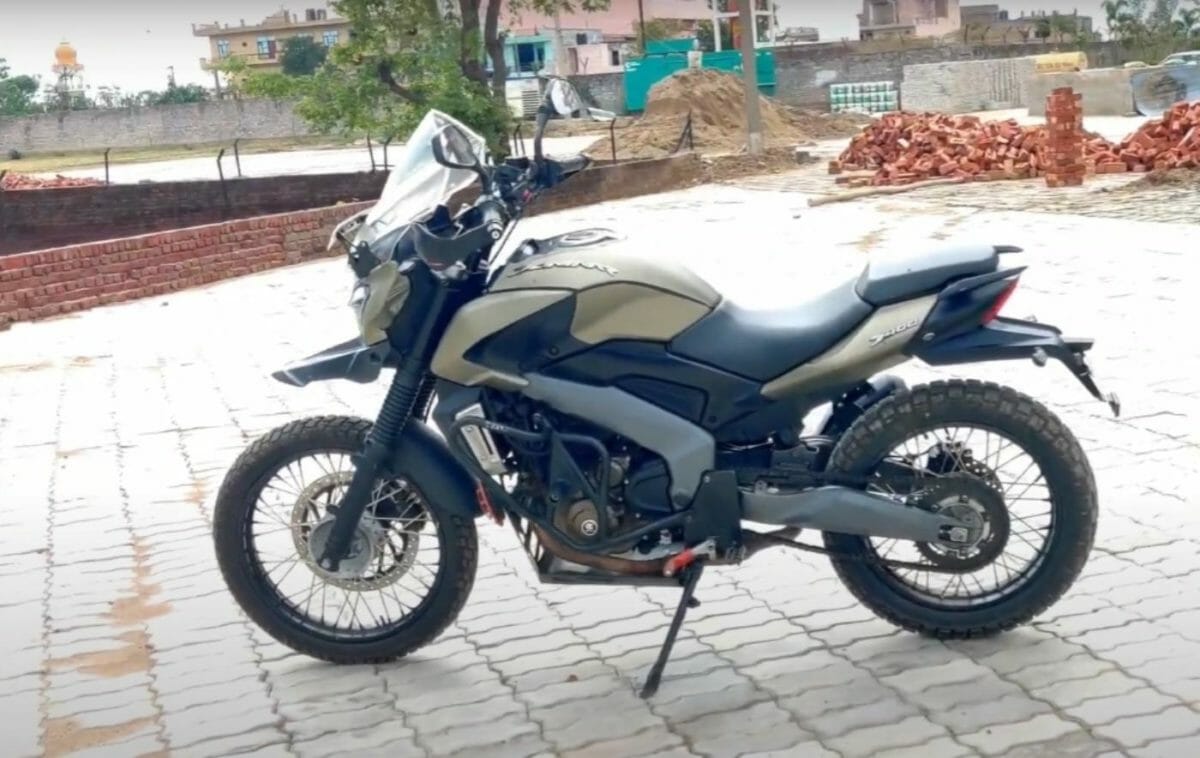 The rear suspension setup is borrowed from 2019 Dominar and is slightly tweaked to match the weight of the rider. According to the blogger, converting the rear wheel into an 18-inch unit was probably the toughest part but the results look quite promising. The stock footpegs have also been removed and are replaced with aftermarket units. The sprocket has also been modified to improve the gearing ratio and is claimed to have a better low-end performance in exchange for the top-end.

This seems legit because you need more power in the low-end, lest you get stuck in a tricky situation while negotiating the trails. The stock handlebar setup is tweaked too and is now wider than before. He has also made use of handlebar risers. We can also see an engine bash plate and added protection for the engine which further establishes the fact that it is modified keeping just one thing in mind, to make the Dominar adventure-ready! 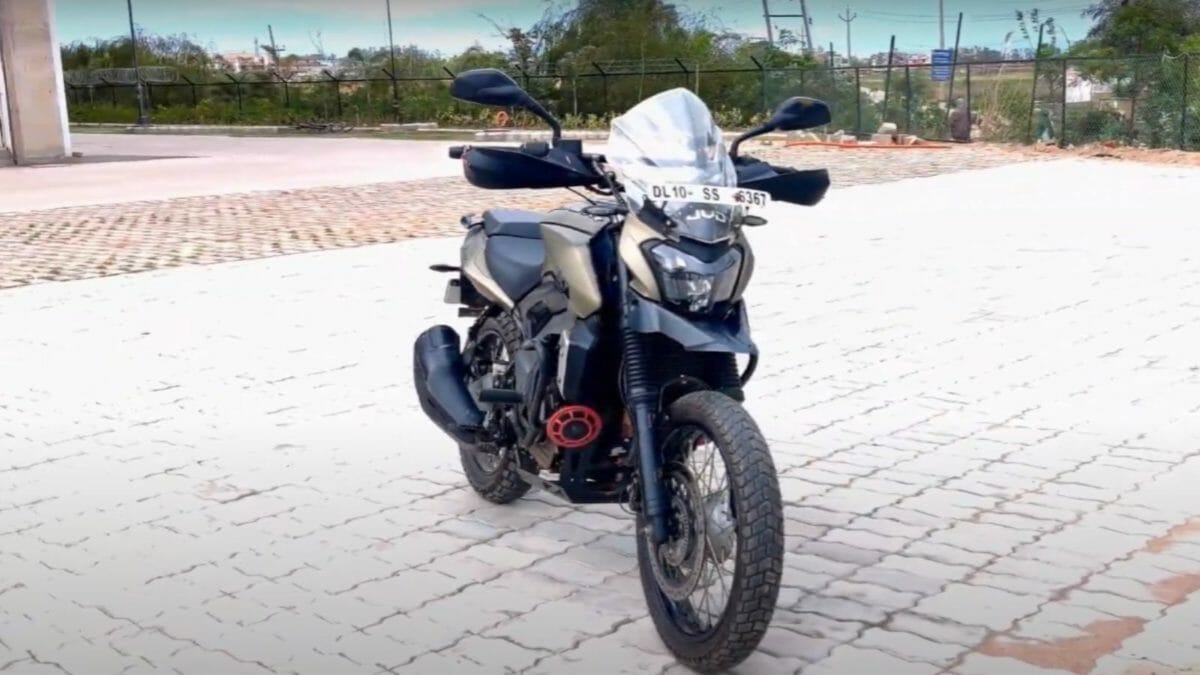 It still remains a little uncertain that whether we will get to see an ADV tourer from Bajaj’s stable or not but Bajaj has partnered with Pune-based Autologue Customs to provide an ADV kit for the Dominar which will soon be available at Bajaj Dealerships.