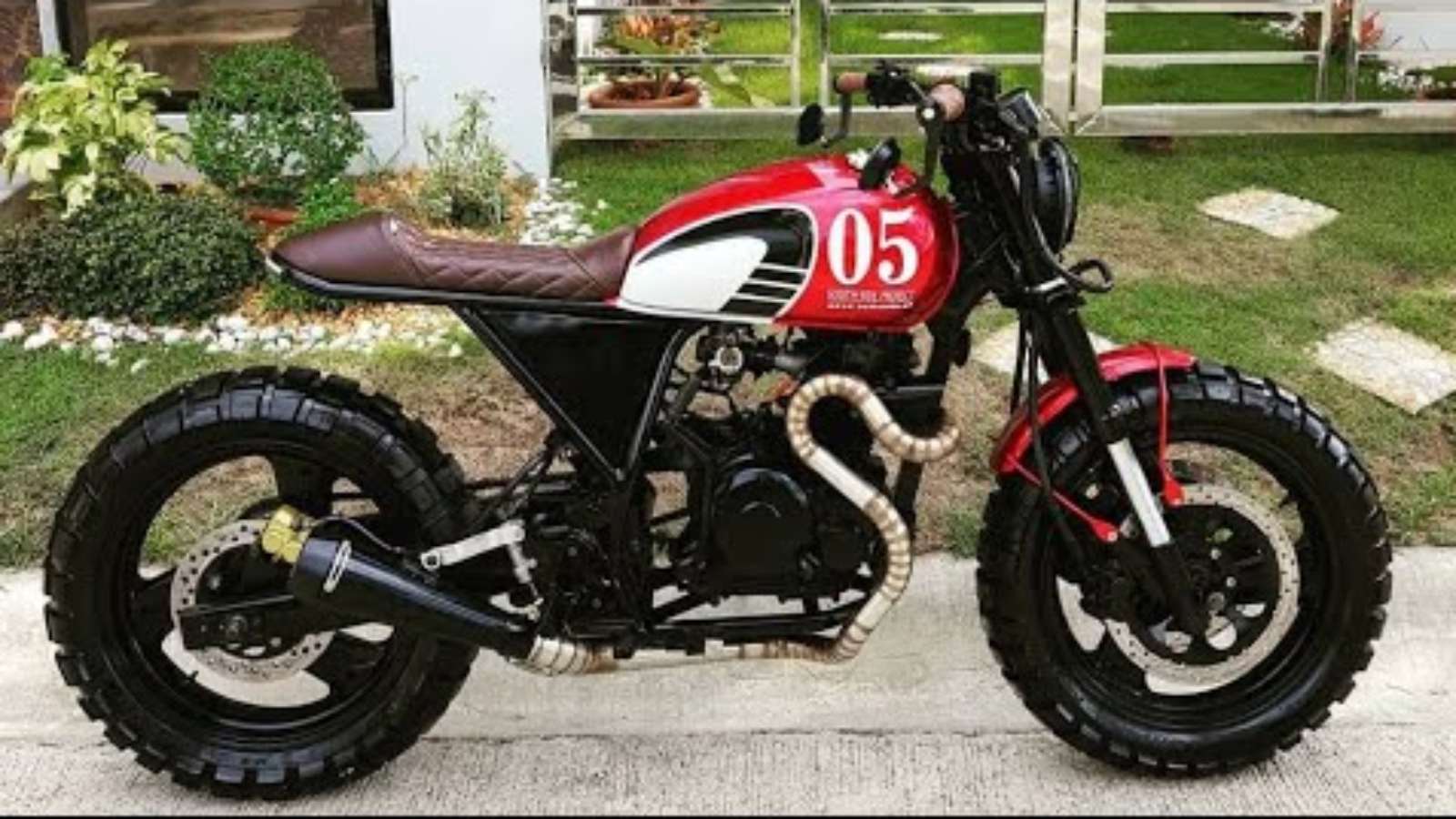 Ever since Scramblers became relevant again in the motorcycling world, they have become an absolute favourite amongst customization houses. In the custom bike scene, a Scrambler is a healthy mix of a retro bike with a higher than average riding height and shocks, dual-purpose tires and the bodywork stripped down to bare essentials. We come across many tastefully modified motorcycles that have been turned into a Scrambler. Some custom jobs are so well implemented that you can’t even guess the donor motorcycle. This Yamaha SZ16 went to a chop shop named Kustom Moto in the Philippines and come out as this neatly dressed Scrambler.

The first thing which you are going to admire in this build is that it sticks to the basic design philosophy which forms a Scrambler. Stock tires have made way for dual-purpose tires which add to the overall rugged appeal of the motorcycle. There are some particular aspects that form a Scrambler. Clocks are generally small and close to the handlebars. The handlebars themselves are wider and braced across their width. Headlamps are smaller and mounted on shorter brackets. Exhausts tend to be placed higher and seats are different too as compared to ‘normal’ motorcycles. 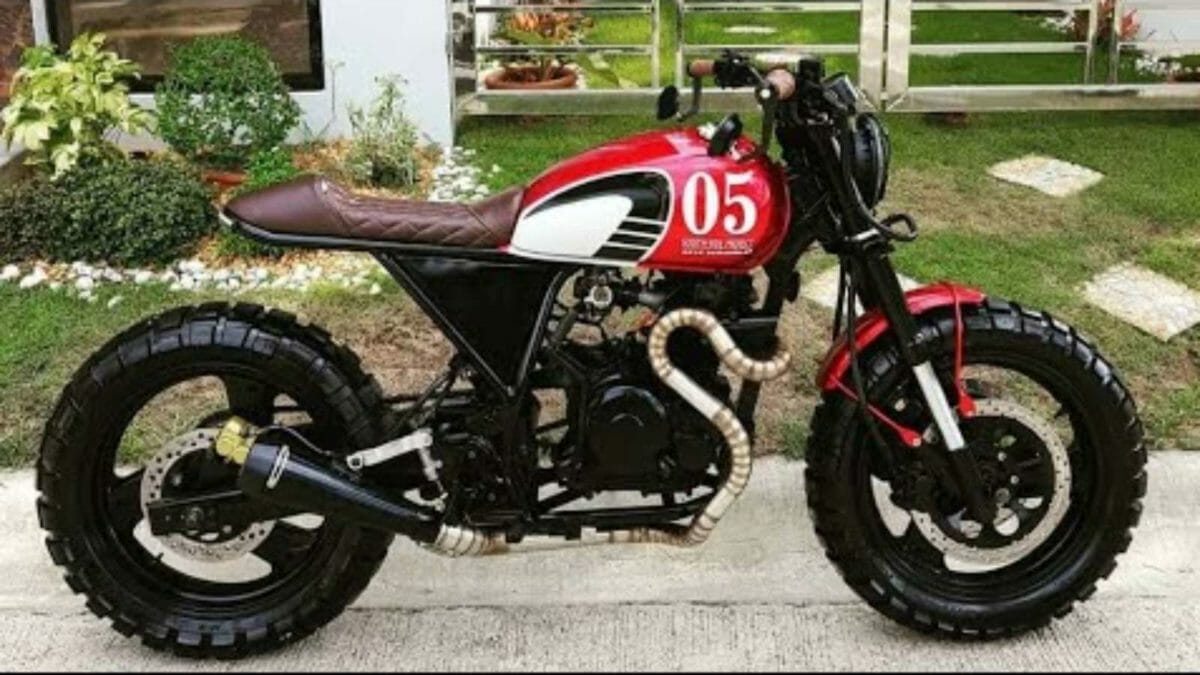 There’s nothing to write home about the visual appeal of the stock Yamaha SZ16. It was a smart-looking motorcycle but not a head-turner. However, this custom Scrambler is going to make you feel like a star. There are some particular bits that we like the most about this custom build and that is the use of premium cycle parts. The stock suspension setup has made way for USD forks up front and a rear mono-shock while the braking department is handled by a dual-disc setup at the front. The rear frame is chopped and looks neat, to say the least, while they have also fabricated a custom seat and a custom fuel tank. To complete the build, the stock exhaust is done away with and in comes a custom exhaust whose curves will definitely make you drool.

We currently have a host of Scramblers in our market ranging from Benelli Leoncino to the Ducati range of Scramblers. But it’s something else entirely to build yourself one! And if the build turns out to be this gorgeous and functional, who would complain?