The 650 twins marked Royal Enfield’s foray in the twin-cylinder configuration territory. It not only revived the bike maker’s image but also established Royal Enfield as a truly international brand. Both bikes, the Interceptor 650 and the Continental GT, quickly became an instant hit in the customization scene. Grid7 customs, a Kerala-based customisation house particularly famous for custom exhausts, tried weaving their magic around the Interceptor 650 and as a result, we got this ear-pleasing, customised motorcycle.

This alternate iteration of the motorcycle gets a new LED headlamp setup, parting away from the stock halogen lamp. This setup, presumably, will provide better illumination too. At first, you would notice that the instrument cluster is missing from the place where it is supposed to be. It finds a radical place on the left side of the tank. We have seen many examples of custom jobs that feature an offset instrument cluster but this placing is something else altogether.

Also read: The GT 67 Is A Tastefully Customised Royal Enfield 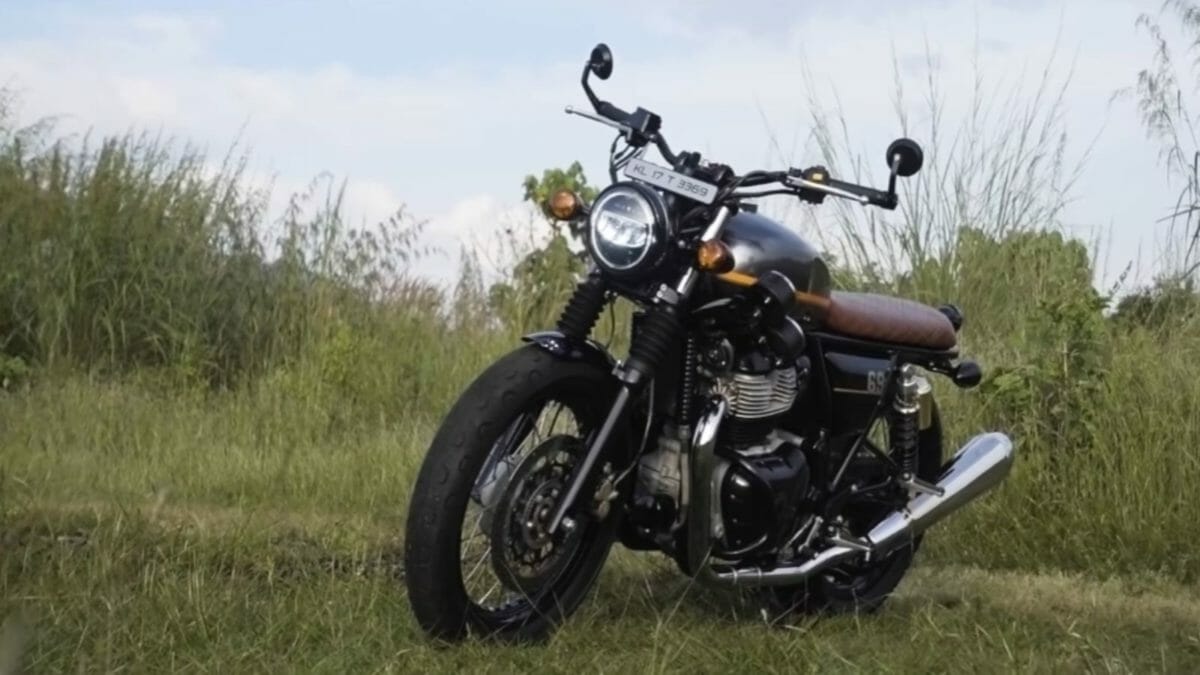 The overall visual appeal is further accentuated by the custom paint job this modified Interceptor 650 receives. The tank gets a grey paint scheme with orange stripes on it and goes really well with the blacked-out engine. The subtlety of the colour scheme adds more class to the appeal of the motorcycle. 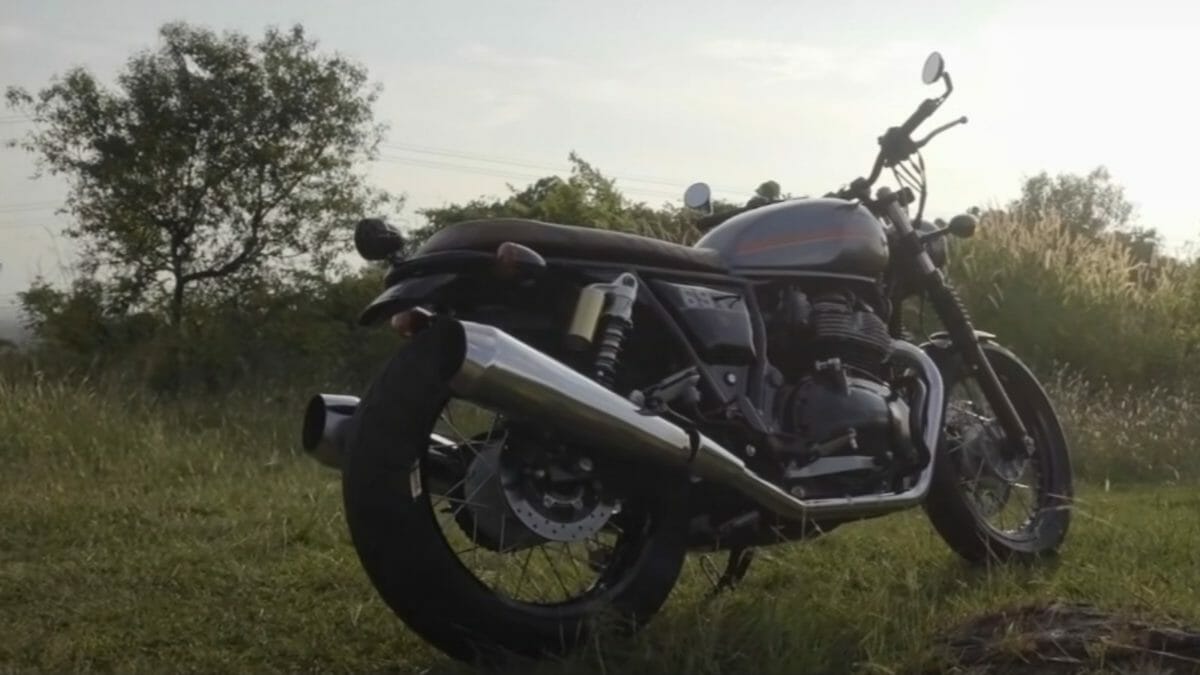 Further complimenting the looks of the motorcycle, it gets a custom flat seat that looks fantastic and a set of bar-end mirrors too. A GRID7 performance exhaust system adds that much-needed character to the build. Like we mentioned earlier, Grid7 Customs is particularly famous for custom exhaust systems so it is needless to say, the exhaust note of this particular Interceptor 650 is eargasmic. The twin-cylinder bass is further intensified with this custom exhaust. 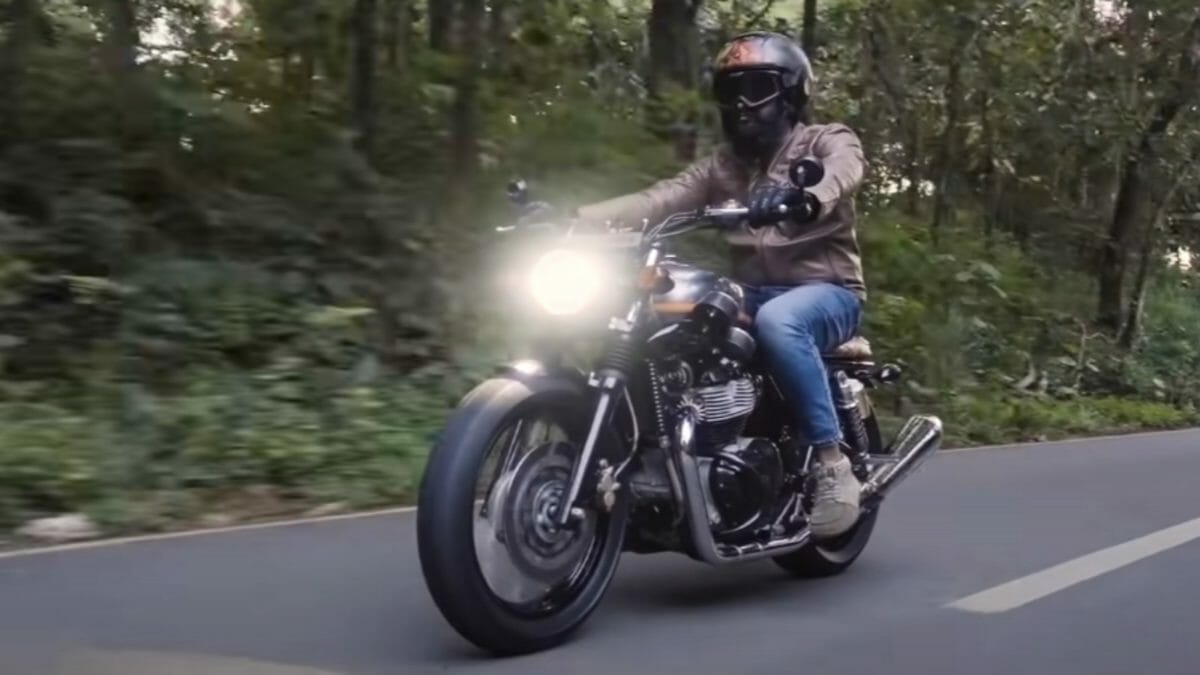 The rear receives a custom tail light setup accompanied by blinkers borrowed from a Harley-Davidson. The stock Interceptor 650 comes shod with some quality rubber but this custom job features a wider setup as it gets 130/70-18 inch Pirelli rubber at the front and a 170/60-18 inch Shinko at the rear.

Powering the motorcycle is the same 647-cc, fuel-injected, parallel twin-cylinder engine that produces a maximum power of 47bhp and 52Nm of torque. Having earned accolades globally for all the right reasons, India’s biggest capacity motorcycle engine is a peach which wins hearts with its smooth simplicity.