The wave of well-done mod-jobs just keeps coming. This time, the epicentre which created one is called Bulleteer Customs and like all of their previous customs we’ve featured, this new example is based on a Royal Enfield. Using the Continental GT 535 as a base, they’re calling this example the GT 67. With its retro dressed in all-black, the addition of modern bits has created quite something.

What catches your fancy instantly are those low-profile, fat tyres which have been wrapped around spoke-type rims. Up ahead, the sticky rubber’s vertical movement is handled by gold-finished USD forks which look the part and stopping power comes from what looks like a disc unit borrowed from one of the 650 Twins. 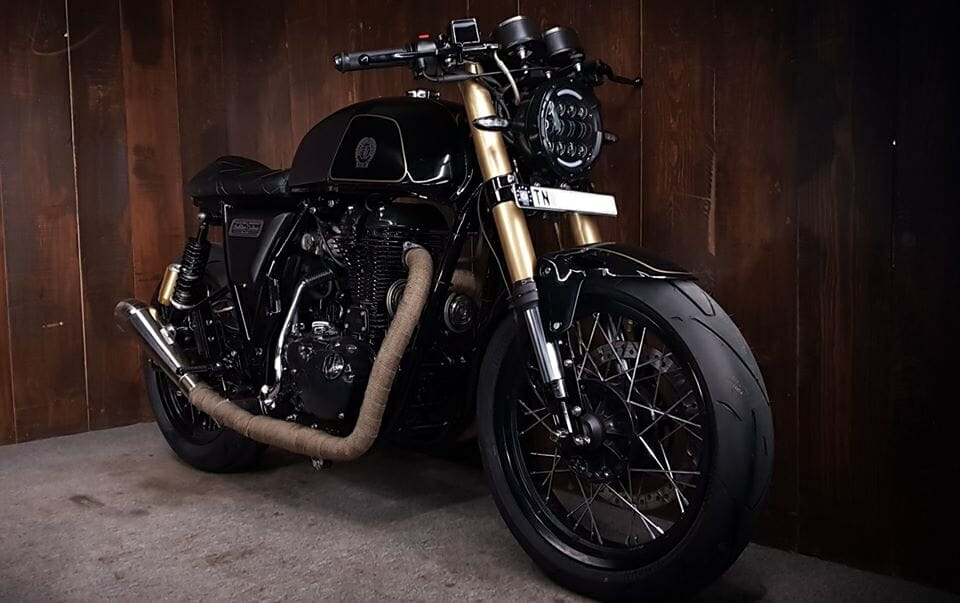 The front makes use of a retro-looking but modern LED unit for illumination and then things are dialled back in time with twin-pod meters. The fuel tank appears to be the standard unit from the donor bike but has been painted in black, with golden stripe work adding that much-needed flair. The faux carbon fibre-like finish in the scooped area looks great and overall, those gold-finished forks, the pinstriping on the tank and the golden gas canisters for the rear springs add great contrast to the all-black build. 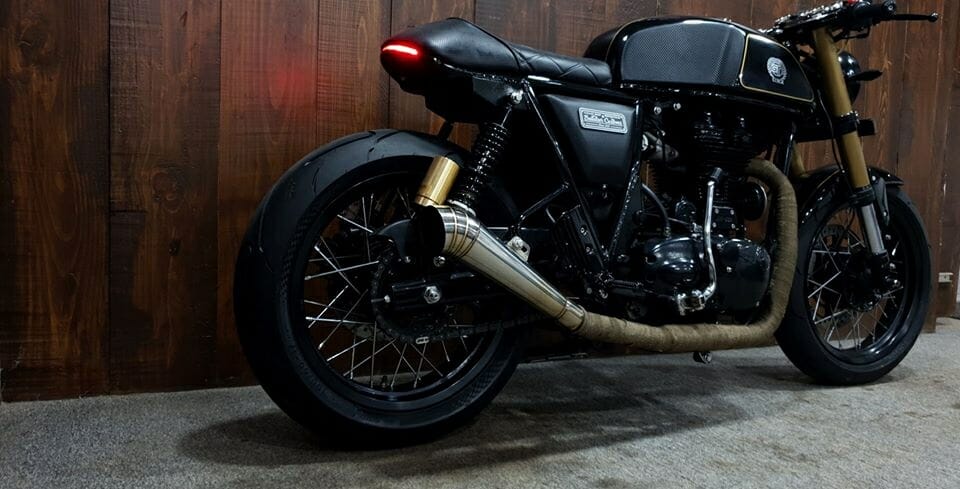 Those custom exhaust pipes look great, although the one on the left must be an addition just to add some visual drama. The chopped sub-section keeps things tight and the custom saddle fits perfectly in place with its raised section acting as a rear cowl. 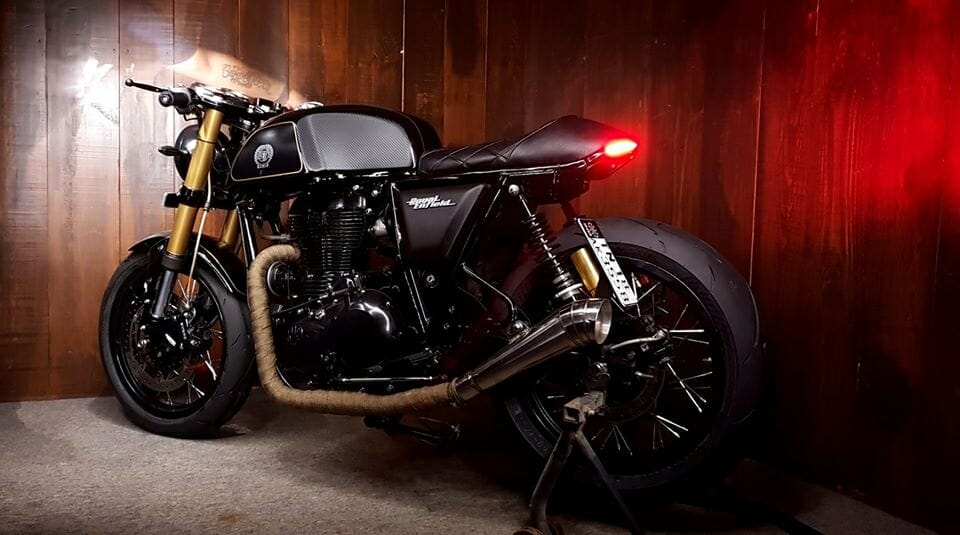 The neat job only makes us feel glum about the current situation where the authorities are quick to clamp down such machines. It kills creativity which is harmless and goes without saying, also an industry which could grow and generate jobs. All the more important for the situation we are in right now. If you like what you see, you can find Bulleteer Customs on Facebook or Instagram, where you can visit them for any inquiries or check out more of such builds.