Home Maruti Suzuki Maruti 800 Attempts To Become An SUV, Is Successful To Some Extent

The Maruti 800 needs no introduction. We have discussed its history, legacy, attributes and a whole lot more quite extensively in our other stories. Yes, we all know it was once the most sold model in India and yes it was the first car of many families in India. Despite its small size, it continued its dominance for almost three decades in the Indian market.

It has been almost seven years since the 800 has been discontinued yet it still rages on in the used cars market with people still willing to own an 800 as their first car. It is also quite popular in the after-market modification industry as its simple construction and easily available spare parts make the customisation jobs very easy. 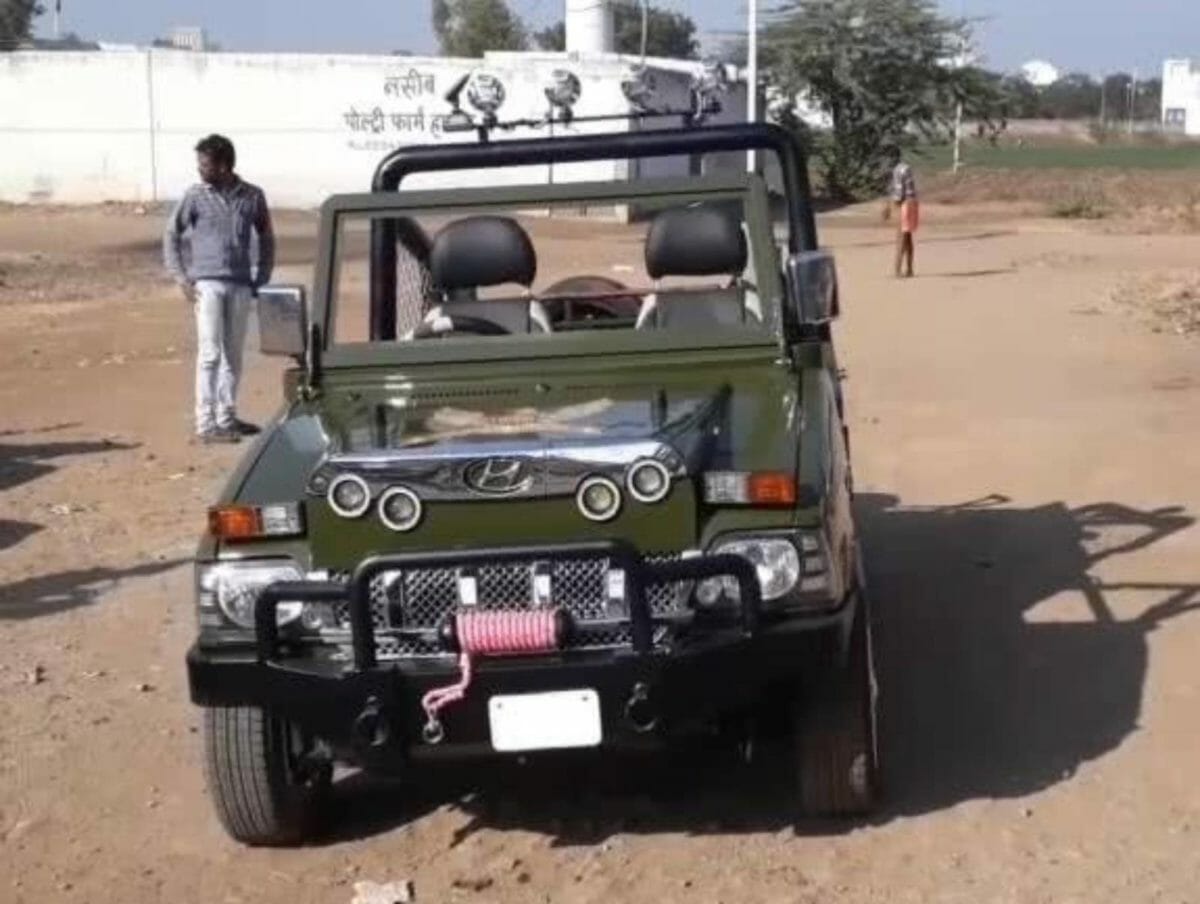 We have come across a video where a stock Maruti 800 is modified in an attempt to make it look somewhat like a tough off-roader and is moderately successful in at least making it look that way, if not functionality wise. The video uploaded by Magneto11 on their YouTube channel shows the process this 800 undergoes in the transformation from a family car to an SUV.

The attempt is to make it look like the Mahindra Thar with an open top. Therefore, the entire upper frame of the car has been removed, which is replaced with a custom-made frame similar to that of the Thar. The bumpers have been replaced by Thar-inspired units, while the raised bonnet has multiple LED lights. The silver-finished grille comes with honeycomb design, while the turn indicators are placed above the stock headlamps. The smaller wheels have been replaced by bigger alloys. Additionally, the roof gets auxiliary lights and the doors are custom made units.

Wires mesh at the side rear, spare tyre mounted on the tailgate and a jerry can further enhance the rugged look. It also gets a snorkel pipe, which is claimed to be in working condition. The modification also has a new exhaust unit, which sounds quite amazing. Mechanical stuff and engine remain the same. The car is given a camouflage green colour paint scheme to make it resemble an Army vehicle. It is also given a foldable windshield as in the old Willys. 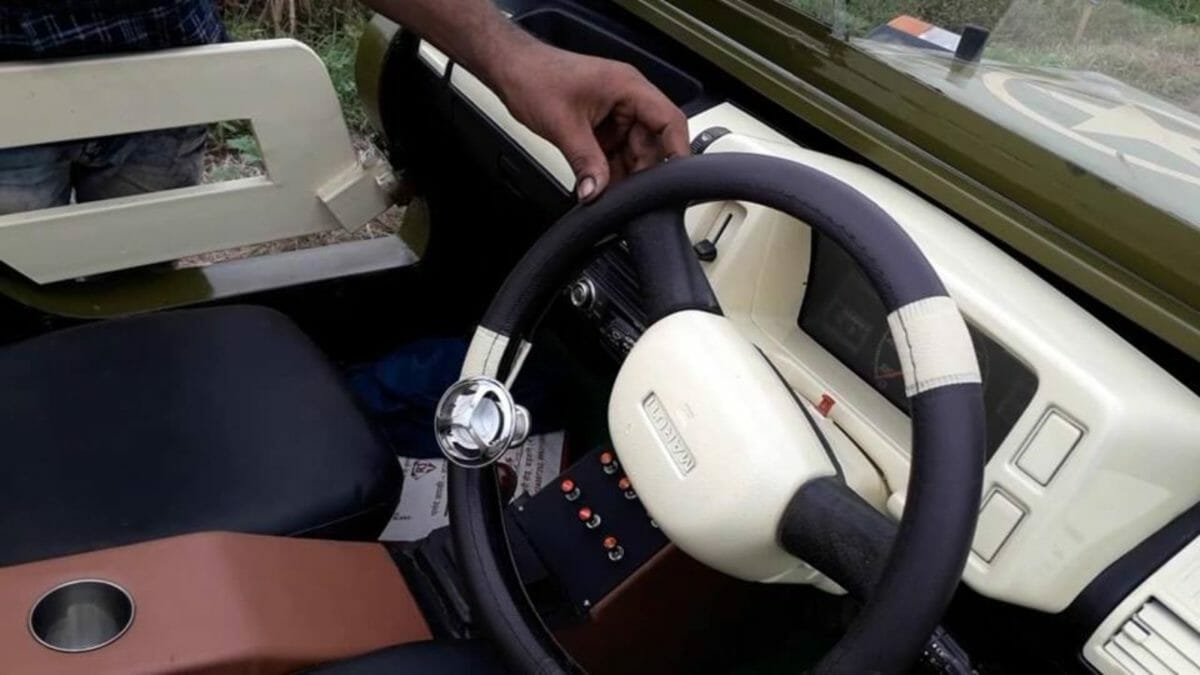 The roof is made of canvas, which can be rolled or unrolled as per requirement. The cabin is similar to the stock car, except for the new upholstery. However, the rear section gets a parallel seat arrangement, reminding one of the Mahindra Thar. The body has been strengthened a bit as it does quite well on the rough surface but then let’s not forget that the Maruti 800 was a very rugged car itself.

If you thought that this mod 800 was going to scale mountains when we said off-roading, you took that wrong. The word off-road here is used relatively, going by the Maruti 800’s capabilities. However, it will be interesting to see whether this 800 can tame rocky terrain and other irregular surfaces at a high speed without any major hiccups. 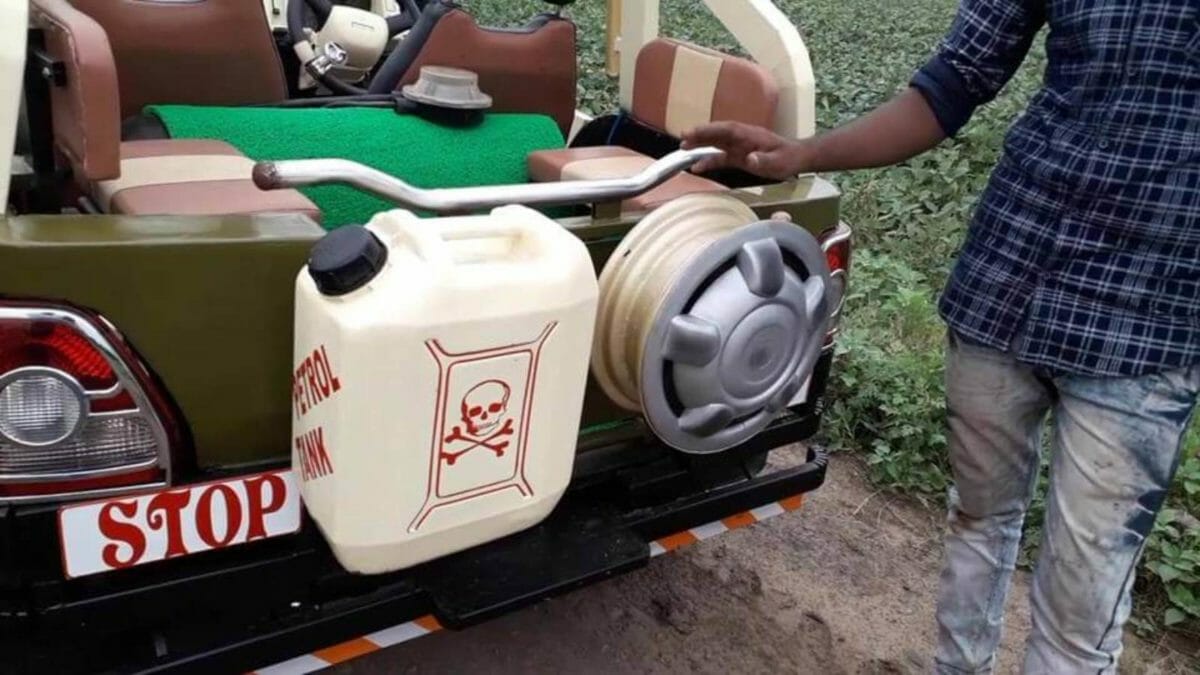 The car has been designed for a customer from Rajasthan. At the end of the video, the creator compares the modified vehicle with another modified 800 which is similar to this one and was designed previously. Although the designer has done a commendable job in giving the 800 a tough and rugged rally car look, it most certainly cannot withstand the difficult off-road conditions and is still suited for an urban commute. However, to point out, such modified cars are still illegal on the road.