The MPV segment in India is booming where every manufacturer present in this segment is trying to grab a bigger piece of the pie. Until now, the Toyota Innova Crysta has enjoyed unrivalled dominance in the premium MPV segment for as long as we can remember. Then, Kia came with the Carnival and made things interesting while others like Hyundai and MG are getting ready with their products. Recently launched, Kia is already planning to give the Carnival a thorough update by the end of this year. The Korean company has also released a first teaser image of the next-gen, 2021 Carnival MPV, which will see a world premiere in the third quarter of 2020. 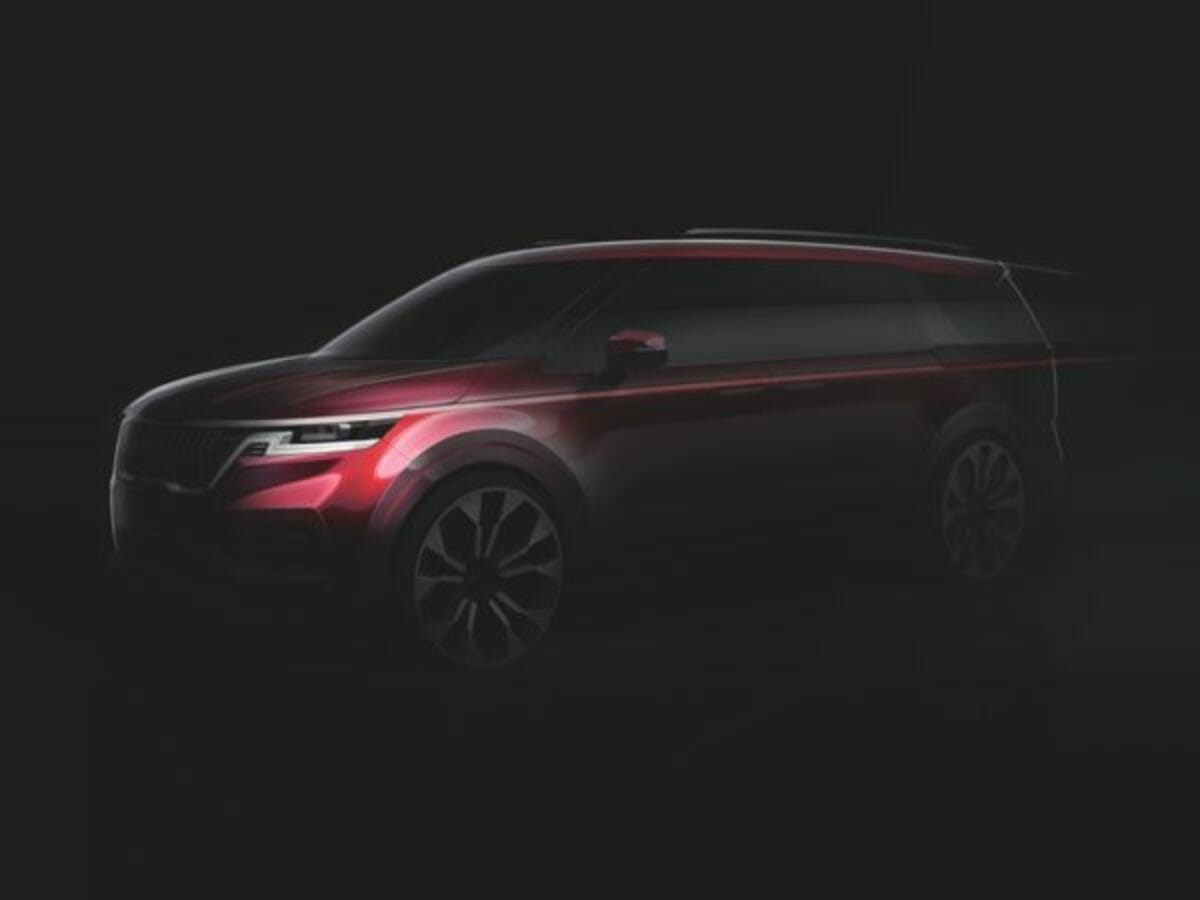 The front end has received a major update and features Kia’s iconic ‘tiger-nose’ grille. The front is also flanked by LED lights. It looks sportier than before too, courtesy blackened pillars and a bold character line which runs the length of the car. There are stylishly designed alloys too which are huge in proportions. It is expected that the new Carnival will grow in proportions too. It will be about 40mm longer than the current model, pushing the length to 5,150mm.

The current model of the Carnival is powered by a 2199cc four-cylinder common rail direct injection VGT diesel BS6 compliant engine. It develops 200 ps at 3,800 rpm and  440Nm of torque between 1500~2750 rpm, the engine is paired with Kia’s 8-speed Sportsmatic transmission. We expect the new model to come with an updated version of the same 2.2-litre diesel engine. It might also get the 2.5-litre turbo-petrol engine from the latest Kia Sorento which develops 280hp. Chances are, it will also get the 1.6-litre petrol hybrid engine.

Kia Carnival offers everything imaginable in terms of features and seating comfort. It is equipped with features such as a Dual Panel Electric Sunroof, VIP seats in the Limousine trim, 10.1” dual touchscreen rear-seat entertainment system which comprises of 10.1” monitors and an 8 speaker Harman Kardon Premium Sound system. It also comes with Kia’s UVO tech with 37 smart features and is being offered free for the initial 3 years. The Carnival also gets One-Touch Power Sliding Doors and Smart Power Tailgate among others. The updated Carnival will offer more features than the current generation.

The new Kia Carnival is due in Korea in the third quarter of 2020, with global sales in many of Kia’s markets to follow thereafter. Kia will release new images and more details about the fourth-generation Carnival soon.