No SUV is as iconic as the Jeep Wrangler. This Jeep SUV is currently being sold in the Indian market but will soon be offered in a new avatar. This fourth generation model of this iconic SUV has been spied undergoing testing on Indian roads. We have pictures of both, the short wheelbase and long wheelbase model, which are covered in a funky camouflage wrap. The camouflage wrap looks rather conventional but gets accents in shades of red on some cars and green on the others. This updated model is expected to go on sale in the Indian market by the third quarter of this year. 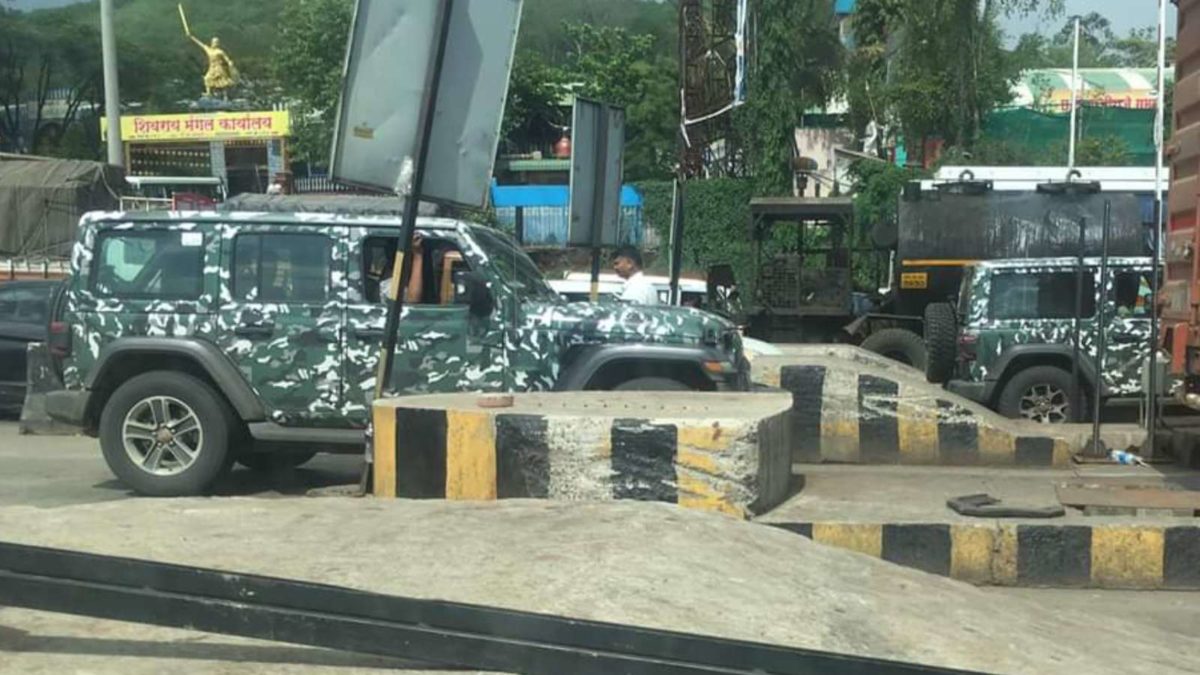 Going by the spy shots, there is not much that differentiates the Indian spec model with the international model. One can notice the trademark 7-slat grille, the round headlamps and the flared wheel arches, carried forward from the iconic Jeep CJ5. The DRLs of the SUV can be seen integrated with on the wheel arches, and look quite aggressive. The Bumpers are mounted high at both ends, which along with the almost non-existent overhang gives the car very good approach and departure angles. We can also see the rear door mounted spare tyre on the back side of both 3-door and 5-door test mules. 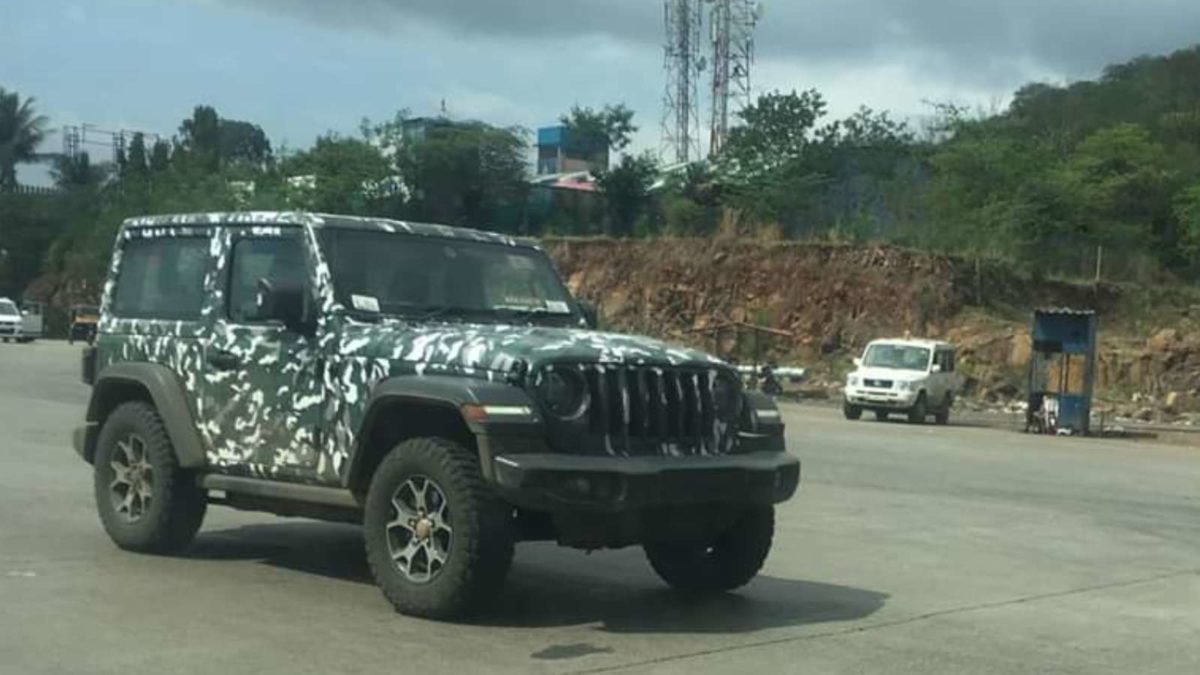 The interior cannot be seen in this pic, but judging by how the exteriors match with the international spec model, one can expect the interior to be built on the same lines. In the international models, the Wrangler is offered with an all-black interior with features like an 8.4-inch touch enabled infotainment screen, Android Auto & Apple CarPlay Connectivity, automatic climate control and more. Unlike the Compass which gets an electronic parking brake, the Wrangler continues to use the convention lever. 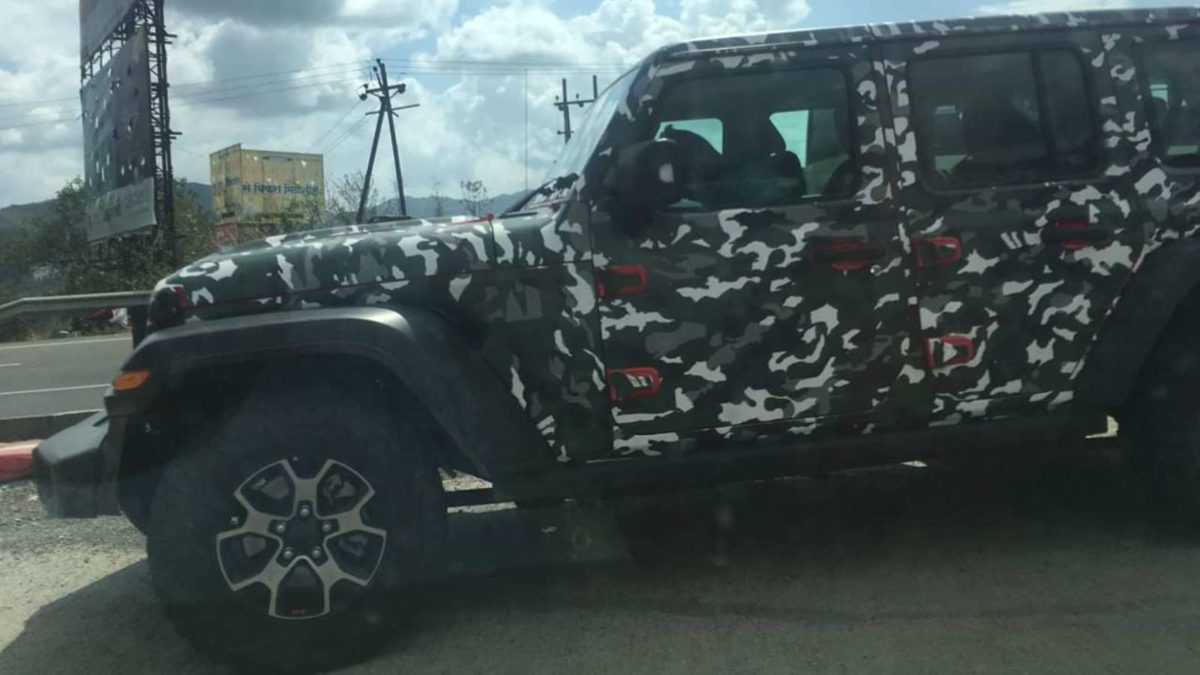 In terms of engines, various reports on the internet suggest the next generation Wrangler will use V6 petrol and diesel motors, both of which will have a capacity of 3-litres and would be BS – VI compliant. The petrol motor is good for 285 PS and 352 Nm while the oil burner manages 260 PS and 600 Nm. While a 6-speed manual is available internationally, the Indian market would very likely use the 8-speed automatic. Stay tuned for more news on this rugged off-roader and do have a look at these spy images post below.